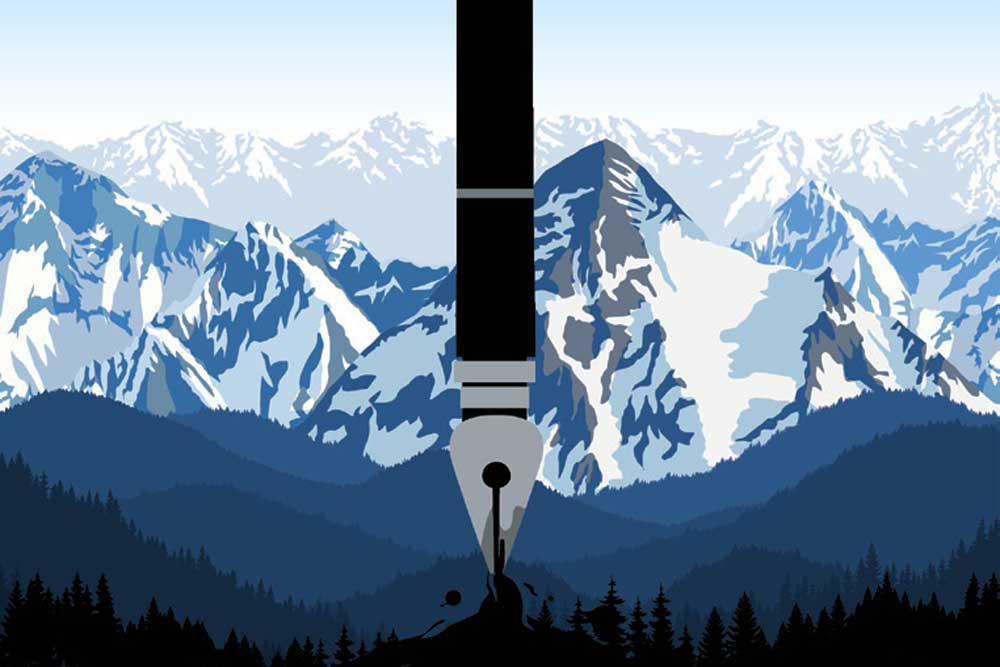 ‘HIMALYAN CITIZENS carry a unique identity. It does not matter which part of the world you belong to when you inherit the hills…’ The introductory chapter by Sujeev Shakya sets the tone for this anthology of writing that covers the Himalyan arc from Nepal to Bhutan, into northeastern India and Myanmar. This is what the editor calls ‘East of the South-east’. This collection of 30 pieces of fiction, poems, translations and non-fiction reflects the diversity of the region. Yet it engages with commonalities of the kind emphasised by Shakya, who draws on his Kalimpong childhood to advocate a Himalayan identity. From the poverty and physical isolation of communities to momo parties that end with music, Shakya sketches out continuities that transcend national borders.

This theme of commonalities runs across several essays, as does the parallel mapping of hardening divides and political fault lines. Essentially, these are portraits of places that practise in-betweenness, elements of which are teased out by Sanjoy Hazarika’s concise mapping of the India’s complex northeast. There is also an absorbing account of intrigue and shifting loyalties in post-2001 Kathmandu by long-time journalist Thomas Bell. In Gangkar Punsum, Thimphu-based writer Tsering Tashi explains how Bhutan came to be home to the world’s highest unclimbed mountains, by implementing a ban on mountaineering in 1987. The measure was prompted by concerns among communities that held those peaks sacred. And in The Quake, writer-filmmaker Sushma Joshi feels the firmness of the earth give way during the Kathmandu earthquake of 2015. Pinned under the stones of Patan Darbar Square, she begins reciting a mantra learnt earlier to ground herself in her new reality. ‘This just happened. This wasn’t fiction… An incident I had never imagined would happen to me—until it did.’ When mountains move, many things change.

There is a thread of wonderful writing through this collection. Janice Pariat’s short story Embassy travels with a heartbroken young man into a cheap Shillong bar, where he hears other accounts of tragic, lost loves. Prajwal Parajuly’s expedition across his state of Sikkim finds ‘a home full of hotels’—from luxury accommodations to homestays in remote, beautiful locales. ‘Sonam’s Homestay has a squat toilet,’ he writes of a friend’s new business. ‘If you’re lucky, you get a bucket of lukewarm water in lieu of a shower… The foreigner tourist likes that,’ he says. ‘They crave the authentic experience.’ The story titled A Tranquil Tenure by Chetan Raj Shrestha is a triumph of wry humour in its description of a bureaucrat’s unexpectedly brutal post-retirement exit from Gangtok. Salil Tripathi’s important reportage captures the shifting political truths of Myanmar, from the brutal repression of democracy by its military junta to the unfolding ‘unspeakable violence unleashed against Rohingyas—a term Myanmar nationalists (including Suu Kyi) don’t even use.’

The inclusion of poetry and translations gives the collection an eclectic feel, like being on a journey through transforming landscapes.

There are a few editorial decisions that are harder to understand, however. The inclusion of edited extracts of longer works gives the reading experience a jaggedness. Historian Pushpesh Pant’s Meals in the Mountains, for instance, is in itself an absorbing reflection about what he calls the ‘pan Asian, pan Himalyan’ inheritance of Buddhist food. But it seems to end before it fully begins, and leaves the reader craving more.

The greatest achievement of The Himalayan Arc is its opening up of the region for its readers. The places described in the anthology are marked by vast topographies, yet are relatively invisible in the literary imagination. In particular, there is an absence of writing on the region, from the region. This is clearly more than a travel book—it is a subtle education in the way we think of places and distance. Overall, this collection of voices succeeds in making the ‘arc’ of the book’s title seem like a familiar place, accessible even to the reader who encounters it from her armchair. As Shakya puts it, ‘Perhaps, home is where you and the hills meet.’