The enduring pleasures of nonsense stories and verse 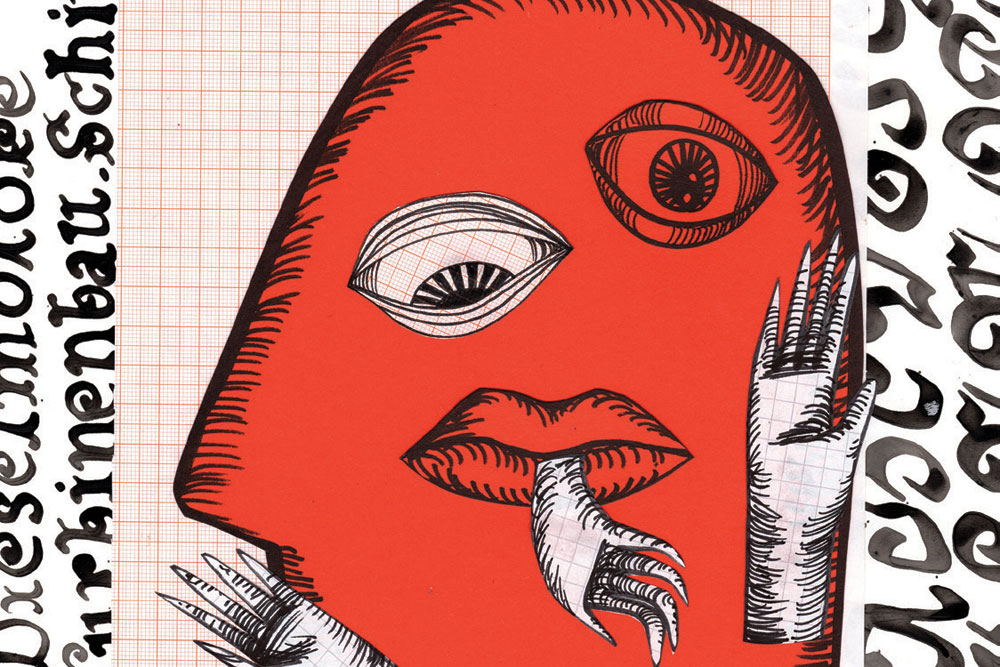 
“I NEVER REALLY THOUGHT of Sukumar Ray as a writer for children,” says Arunava Sinha. Translator of over 40 books of Bangla fiction and poetry, Sinha’s latest work, Habber-Jabber-Law (Talking Cub/Speaking Tiger Publishing), is a translation of Sukumar Ray’s HaJaBaRaLa, a classic Bangla nonsense story (with some verse-adjacent elements) written in a style that resembles Lewis Carroll’s. HaJaBaRaLa, although commonly described as children’s literature, has a legion of adult fans as well, thanks to its satire and bite. According to Sinha, “In my generation, our introduction to Sukumar Ray was not through books, but through him being quoted by people around us, mainly adults. Adults would quote bits and pieces of Sukumar Ray to describe their acquaintances. His pronouncements about people were so accurate and judgmental that I can’t imagine what it must be like to read him as a child!”

Clearly, adults are just as susceptible to the pleasures of nonsense as children. To that end, Habber-Jabber-Law was always “written and marketed” for adults as well, according to Sinha. This shows in the translation, where Sinha has made some distinctly grown-up jokes, including a sly reference to Edgar Allan Poe and a grammar-conscious goat named ‘Wren and Baartin’. This is a different approach from the last time HaJaBaRaLa was translated into English, by Sampurna Chattarji, who included it in her Sukumar Ray anthology Wordygurdyboom! (2004) (a third translation, by Sukanta Chaudhuri, was published by Oxford University Press in 1997).

Chattarji, an accomplished English-language poet, gives us a wonderfully rhythmic rendition, focusing on onomatopoeia, replacing puns with words closest to the original in intent. Sinha however, is more interested in making multicultural puns and allusions aimed at a modern-day adult reader. In a section about a fortune-telling bird, for instance, Chattarji translates ‘Shree Kakeshwar Kuchkuche’ (‘kaak’ is ‘crow’ in Sanskrit and Bangla, so ‘kaakeshwar’ would translate to ‘king of the crows’) as ‘the Right Honourable Gravenus Ravenus’, while Sinha goes for the allusive ‘Corvus Corax’ which is the scientific name of the raven and also resembles the ‘ka’ sounds of the original.

While HaJaBaRaLa was quite clearly inspired by Lewis Carroll’s Through the Looking Glass, the realm of nonsense verse has been populated by many other first-rate writers down the ages. The Puffin Book of Nonsense Verse, selected and illustrated by Quentin Blake (the beloved artist behind many illustrated Roald Dahl books), is a good starting point, if one wishes to acquaint oneself with the history and the future of this genre. Blake puts together an outstanding collection of artists-of-gibberish past and present, beginning with the 19th-century poet and illustrator Edward Lear (1812-1888).

Lear was a prolific author of nonsense ditties for children. He specialised in the nonsense limerick, four lines of absurdist fun capped off with a darkly funny or rude conclusion. The five-line set followed the AABBA rhyme scheme (Lear is counted among the pioneers of this form) and was generally accompanied by a humorous sketch drawn by Lear himself. The Book of Nonsense and Nonsense Songs, a popular selection of these limericks, begins with this gem:

“There was an old man with a beard,
Who said, “It is just as I feared! —
Two Owls and a Hen,
Four Larks and a Wren,
Have all built their nests in my beard!”

John Ruskin, one of the pre-eminent critics of the Victorian era and Lear’s contemporary, was moved enough to write: ‘I really don’t know any author to whom I am half so grateful for my idle self as Edward Lear. I shall put him first among my hundred authors.’ In later years, poets like Shel Silverstein and to a lesser extent, Ogden Nash (better known for his other work which although funny, couldn’t be called nonsense) took up Lear’s mantle, becoming prolific and
acclaimed creators of nonsense verse.

In the introduction to the volume, Blake writes about how the pleasures of neologism—coining new words—has historically been one of the reasons why authors write nonsense verses (weirdly enough, this tendency if taken to its logical endpoint is a medical phenomenon called ‘jargon aphasia’, wherein the patient speaks in an imaginary language they are utterly convinced makes sense). According to him, ‘There is another aspect of the nonsensical suppose-we-make-it-different experiment that didn’t show itself until later on, in the nineteenth century. It was the idea of making up new words; words like frabjous and vorpal, which sound as though they mean something but actually don’t. I can’t help wondering if the urge to do this came into being because printing was becoming more common, words were being organised into dictionaries, and so at least a few writers began to feel that a little anarchy was called for.’


While Hajabarala was quite clearly inspired by Lewis Carroll’s Through the Looking Glass, the realm of nonsense verse has been populated by many other first-rate writers

Many of Blake’s latter-day and contemporary selections are A-list authors dabbling in nonsense, like movie stars making cameo appearances in a soap opera. And so you have Samuel Beckett, Anthony Burgess and Mervyn Peake with nonsense verses of their own; Beckett’s entry is ‘Vladimir’s Song’ from the evergreen play Waiting for Godot: ‘A dog came into the kitchen / And stole a crust of bread. / Then cook up with a ladle / And beat him till he was dead.’ The most delightfully silly among these cameos is John Updike’s ‘Pooem’. Imagine the foremost chronicler of suburban American decay, winner of two Pulitzers, letting his hair down and coming up with lines like these (Upupa epop is the scientific name for the hoopoe).

‘I, too, once hoped to have a hoopoe
Wing its way within my scoopoe,
Crested, quick, and heliotroopoe,
Proud Upupa epops.’

The Indian counterpart for Blake’s anthology is 2007’s The Tenth Rasa: An Anthology of Indian Nonsense (Penguin), edited by Michael Heyman, Sumanyu Satpathy and Anushka Ravishankar. Not only does this volume collect and translate nonsense poems from over a dozen Indian languages (including Hindi, Bangla, Assamese, Tamil, Malayalam and so on), it also includes the most famous examples of nonsense lyrics from Bollywood (like Amitabh Bachchan’s gibberish section from the Amar Akbar Anthony song ‘My Name is Anthony Gonsalves’) The real value-add for this book, however, are the editor’s notes that accompany each poem, as well as Hyman’s thoughtful introduction that talks about the methodologies employed by the editor. 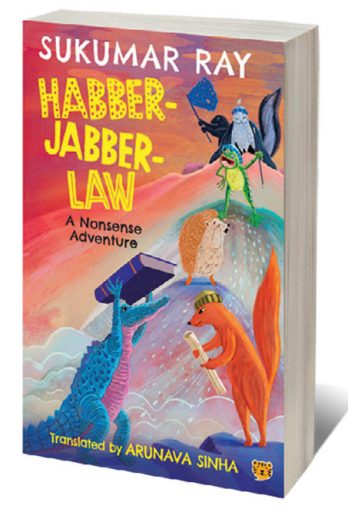 This context is invaluable, not just for record-keeping and historicism, but also to keep track of the endless permutations of wordplay and multilingual mischief offered by Indian languages. Take one of Hyman’s Assamese selections, a translation of a Nabakanta Barua poem called Naugao, which has been translated as the Hinglish neologism ‘Ninepur’ here — in Hindi, ‘nau’ means ‘nine’ while ‘gao’ means ‘village’. But if you’re unfamiliar with Assam, you’ll probably miss the fun fact of ‘Naugao’ being phonetically identical to ‘Nagaon’, which is an Assamese town seventy-odd miles east from Guwahati. In the fictional Naugao or Ninepur, poets are punished severely.

“For composing a verse / The town locks you up tight / In a bamboo-bar cage / Where you’re left overnight.”

As the editors point out, the mode of punishment is identical to what Sukumar Ray prescribed in Article Twenty-One or Ekushe Aain in Bangla (also collected here, translated by Sampurna Chattarji): ‘All poets who’ve ever versified / Are caught and caged quite mortified.’ In this way, we see the cross-pollination of nonsense across India.

By the time you’re done reading The Tenth Rasa, similar patterns emerge across space and time, reaffirming the evergreen nature of the genre—not to mention the rewards offered by a close reading of these verses. Sceptics who’d downplay the possibilities of the genre would do well to remember the words of Wittgenstein, who did more to expand our understanding of language than most: ‘Don’t for heaven’s sake, be afraid of talking nonsense! But you must pay attention to your nonsense.’