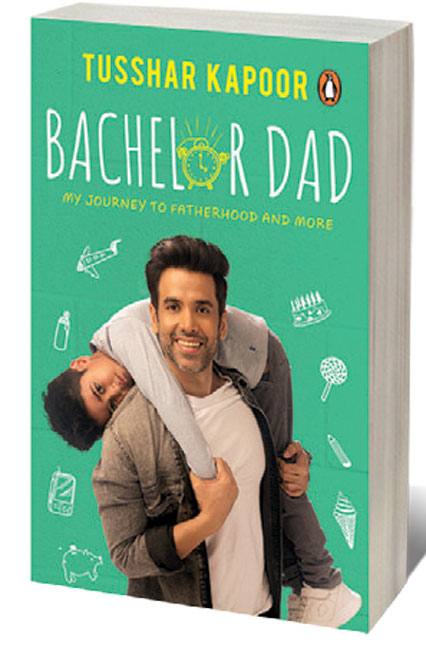 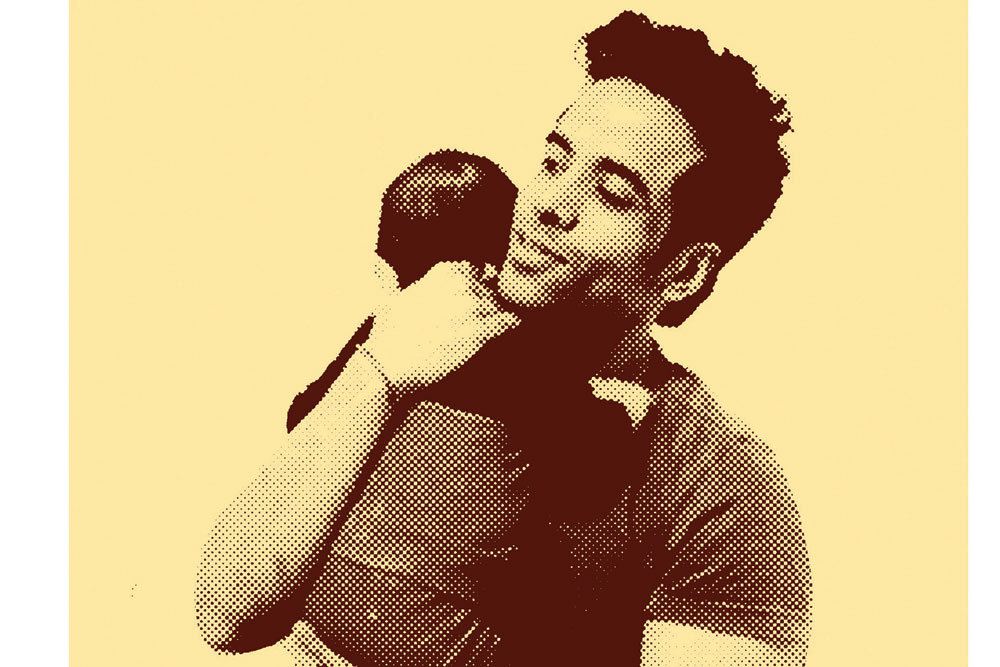 
IT IS A TRUTH universally acknowledged in India that single women beyond 30 are in possession of a biological clock and that single men beyond 30 are in want of a wife. It takes a young man of particular courage to reverse the cliché and acknowledge that men too have the parental urge and that the passage of time can be as brutal for them as it is for women. So welcome actor Tusshar Kapoor for having the guts to acknowledge and deal with the urgency of having a child by 40.

He describes the events leading up to the move with clear-eyed humour in his first book, Bachelor Dad: My Journey To Fatherhood And More (eBury Press; 224 pages; ₹ 299). A rich Punjabi family gives him a tour of their vast property before introducing them to their daughter, who is “quiet, agreeable and very well mannered”. Kapoor can’t wait to get out of their home and into his own bed. Alone. The idea of an arranged marriage is quickly discarded.

That and a chance encounter with filmmaker Prakash Jha on his annual visit to the holy city of Tirupati convinces him that he can take the surrogacy route and have a child. He is troubled by the idea of being perceived like Michael Jackson but is convinced by his nurturing of his pet dog Poshto that he is ready to be a dad. What follows is a journey into fatherhood with Kapoor obedi­ently following the doctor’s orders and bringing home his little prince, Laksshya, in 2016.

His life changes forever. He becomes observant, almost anxious, as Laksshya’s primary caregiver, ensuring his days are filled with love, fun and learning. He becomes a school-gate parent often subject to inquisitions from fellow parents, mostly mums. And he also learns to schedule his life and work around his child, something mothers usually have to do. It has made Kapoor a great fan of single parents and also of parents everywhere. Yet single parents are blessed, he writes, as they may have twice the work and twice the tears, but they also have twice the hugs and love.

Culturally, says Ka­poor, we tend to do things according to stereotypes. “It’s, I’m not judging it,” he says. “I give a lot of credit to couples who’re working and how they make time for PTA meet­ings, pick-ups and drops and playdates.”


I don’t have any right answers but I know what I won’t do or say to my son—don’t cry, or don’t feel bad or don’t get angry, says Tusshar Kapoor, actor and author

So how did Kapoor, son of actor Jeetendra, the legendary dancing star with his famous white shoes, make such a radical choice? One that was followed by his sister Ekta who runs the entertainment empire, Balaji Telefilms, and became a mother by surrogacy in 2019. Kapoor’s own filmography has tended to veer towards broad comedy or masala action. “But I am more than my movies,” he says. He credits his par­ents with allowing the siblings to go their own way. “Ekta didn’t want to study further but was very clear she wanted to be a creator,” he says, whereas he wanted to study further. He did, he went to Ross Business School at the University of Michigan and worked in an automotive parts company in the US for a year as a financial analyst.

His visa expired and he returned, deciding to try his luck in the creative space. He got an offer to lead the film Mujhe Kucch Kehna Hai with Kareena Kapoor Khan in 2001 and he was soon a working actor. A series of comedies followed, broken by the gritty and realistic Shor in the City in 2010 and serious parts in The Dirty Picture (2011) and Shootout at Wadala (2013). The Juhu area is littered with people who became actors by default, he says, so he is particular­ly grateful that his parents gave him the freedom to go abroad. “Living alone can give you clarity like nothing else,” he says.

He, in turn, has tried to be a good parent to his son. “All we can do is to let them feel what they’re going through. Just guide them. I don’t have any right answers but I know what I won’t do or say to my son—don’t cry, or don’t feel bad or don’t get angry,” he says wisely.

I wanted to be a young, energetic and engaged father. But earlier I was not mature enough to settle down to fatherhood without marriage, says Tusshar Kapoor

Being a star son didn’t automati­cally make his journey as an actor easier and he has had to deal with his share of failure and rejection. He has tried to network as well, using all of 2014 to put himself out there at parties, premieres and awards shows.

But the effort to plan the outfits, find an appropriate partner if one is not attached and select the right time to make an entrance was too much for him. It didn’t even necessarily translate into more work, he says.

But his belief in Nichiren Bud­dhism has seen him through, helping him to unlock his potential and be the best version of himself. “Everyone has to deal with their own karma,” he says and so did he.

Growing up, he and Ekta had a conventional upbringing, mostly raised by their mother as their father worked. They rarely went on the sets of his movies but were obsessive movie watchers on video cassette recorders of that time. “I was never the kind of kid who sang or danced in front of the mirror,” he says.

Fatherhood, especially during the challenging period of Covid-19, which he writes about, has undoubt­edly grounded him. He turned producer recently with the film, Laxmii starring Akshay Kumar. He is now acting with Naseeruddin Shah in a thriller, Maarrich. A thriller series with Netflix is also ready to shoot.

But his greatest triumph is surely the little family he has made himself. As he writes, it is “One that is my own, one that I trust and one that I would sacrifice anything for.” In a culture that venerates the mother, it is great to see a father baring his soul. And en­abling men everywhere to feel more, be more, participate more. Ask every mother and she will tell you why it is about time the doting dad became less distant and more hands-on.

Of late, Bollywood has become one of the greatest votaries of surrogacy, providing men and women the option of having children without jump­ing into the institution of marriage. Whether it was filmmaker Karan Johar who had twins through surro­gacy in 2017 or Priyanka Chopra Jonas who chose surrogacy at 39, the notion of family is changing. Marriages may be brittle but the urge to raise babies is not. Let the families evolve.