A female retelling of the Mahabharata 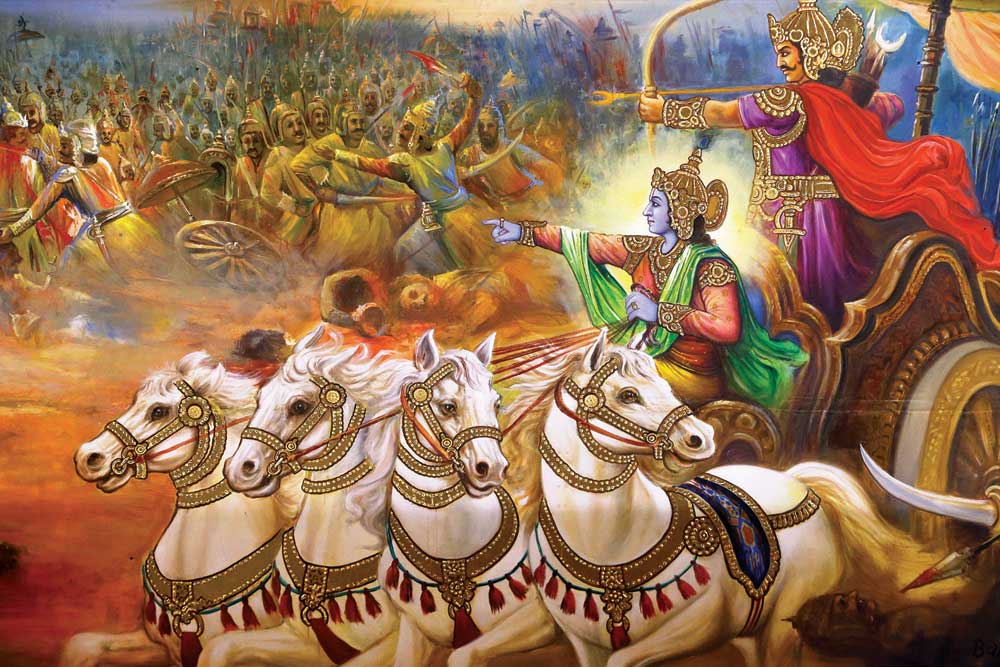 THE ONE WHO Had Two Lives, by Meenakshi Reddy Madhavan, is the second book in her series, ‘Girls of the Mahabharata’. The series explores portions of the great epic through the eyes of a seemingly minor female character. Minor, because she is one among a huge cast of characters. The character Madhavan chooses, however, catalyses situations and moves key pawns across the chessboard of the epic’s larger plot.

In the first section of The One Who Has Two Lives, the protagonist, Princess Amba and her sisters, Ambika and Ambalika, are kidnapped by the legendary warrior, Bheeshma, and brought to Hastinapura to be brides to the crown prince, Vichitravirya.

Amba, the oldest daughter of a ruthless king and a subdued queen, has never felt completely at home in her father’s kingdom. All through her royal young life, she is aware of her sisters and herself being tools of barter for the power that marital alliances would bring to her father’s home. More poignant is her constant awareness of her mother’s lack of agency. The last time that the queen is mentioned by Amba is at the Swayamvara of her sisters and of herself. ‘Our father does mention our mother after all—a great beauty when I won her hand. The audience is respectfully silent. Suddenly we think to worry about our mother when we leave her; without us, there is no reason for our father to continue the way he does.’ Amba then speaks about how the guests at the Swayamvara are socialising amongst themselves. ‘Our mother should be among them, making talk, finding out about their sons, their kingdoms, but no one expected her to. And now the queens will find out that she is here, but not here, present but absent.’

Madhavan’s skill lies in delicately shaping the narrative so that women characters and their situations evoke the empathy of the reader by seeming equally relevant to women today.

Amba’s story ends tragically as per the original tale. She requests Bheeshma to return her to her father’s kingdom, only to be rejected by her family. Anguished, in the company of her eunuch maid, Lalita, she starves herself to death in the forest. But not before swearing to take revenge on Bheeshma, who kidnapped her without taking complete responsibility for the turn her life could—and did—take.

The second part of the novel is told by Amba reborn as Shikhandi or Shikhandini. This portion is hypnotic, both for the rhythm of Madhavan’s words as well as for the connection she prompts the reader to weave between Amba’s and Shikhandi’s stories.

The wrath of Amba dying is nowhere in evidence in the young girl-boy Shikhandi, who is one of ten children of the affectionate king and queen of Panchala. However, Shikhandi dreams of becoming a mighty warrior, and we know, of course, that it was Shikhandi who eventually killed Bheeshma in the epic battle.

Shikhandi, in Madhavan’s book, is a young person who grapples on a day-to- day basis with the sense of being male in a female body—again, delicately told. In space and time drawn away from the forest they were in (harking back to Amba and Lalita’s last days in a forest together), Shikhandi and her friend, Utsarg, wait for the yaksha, Sthunakarna. He eventually helps Shikhandi turn into a man.

Madhavan ends this novel, like the previous one, at the start of a passage that would open out into the breathtakingly vast arena of the Kurukshetra war. The reader bids farewell to the novel’s protagonist Shikhandi here and watches him walk through and disappear into his destiny: to fulfill Amba’s vow, to destroy Bheeshma.