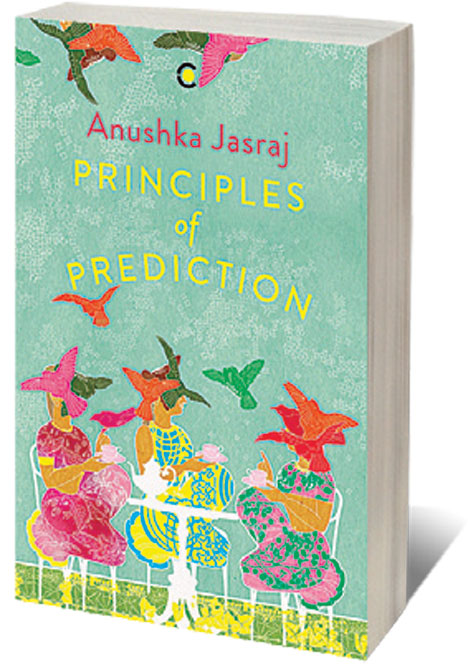 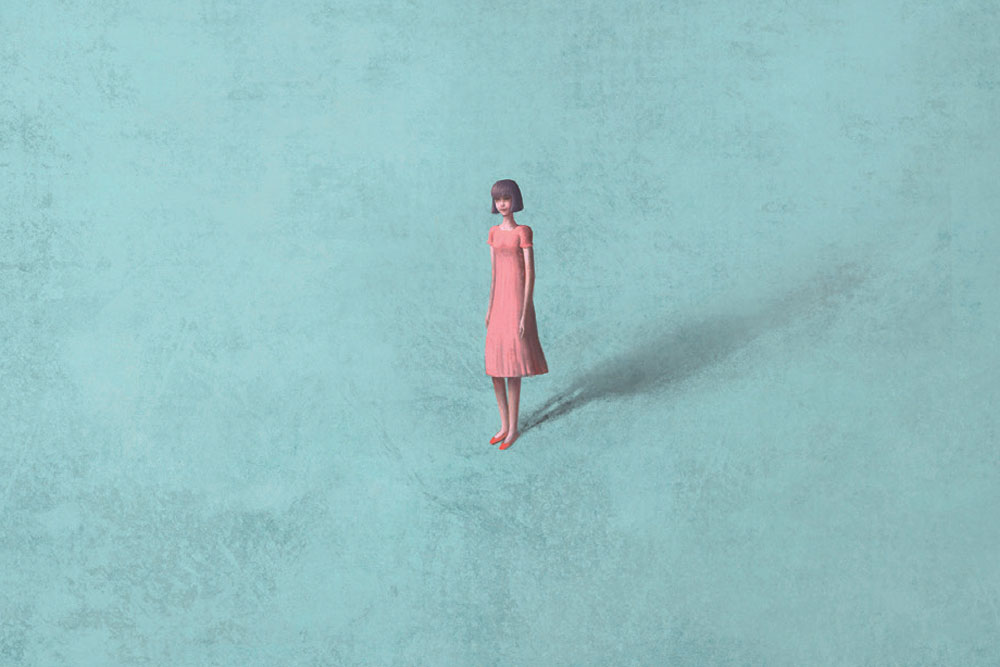 
IN PRINCIPLES OF PREDICTION, Anushka Jasraj’s debut collection of 13 short stories, some kind of subterranean despair connects its varied characters, as far removed as they may be from each other in circumstance, location or time. They are often in post-traumatic stages, or else drifting in some sort of ennui. Unhappy marriages, bereavements, disappearances and abandonments (in other words, facets of ordinary life) shape their sentiments and personalities. Their narratives are poignant, but also wry and funny.

This collection is peppered with sparkling observations on human kinship, emotion and personality: a boy feels hungry when a girl cries in front of him because he only ever sees tears otherwise when his mother chops onions; a woman who lost her mother young understands that she had spent most of her life imitating the decisions of girls who had theirs, but ‘These days I pay more attention to what I really desire’; a student observes the psychological concepts of cruel optimism and mimetic desire play out in her own life, as she watches herself in her ex-boyfriend’s new girlfriend’s salon mirror. Jasraj etches out characters in quick, lucid strokes like: ‘I have a master’s in English literature and mine is a love marriage, which means visiting astrologers is not something I’ve always done.’

Astrology, meteorology and other ways to foretell the future here are shown as attempts to control life’s capriciousness, and pursuits of hope. In ‘Numerology’, bibliomancy makes a fleeting, bittersweet appearance: a teenager who loses her mother rereads the pages of the book between which the latter had stored a letter for her, but not the letter. Then in ‘Smile, Please’, one of many stories of irresistible attraction in this collection, the coincidences pile up in such a way as to suggest that perhaps life has a blueprint after all. This charming ambiguity—does fate exist, and how far does personal will go even if it doesn’t?—gives Principles of Prediction a lovely lightness of touch. No matter how intense the lives of her characters, Jasraj has a delicate, deft craft. The stories work well together, like cowrie shells that speak most clearly in tandem.

Public figures blur into the fiction convincingly: a divination teacher and the student he’s in love with first meet as fellow traders attending to the throng that congregates around Amitabh Bachchan’s house on weekends (he sells palmistry sessions, she sells shoulder massages); the Vodafone pug, Rocky, becomes the object of a lovingly committed crime; and Sigmund Freud corresponds with an Indian psychotherapist, whose daughter later visits him in Vienna.

The Freud cameo turns out to be a red herring. He makes an appearance in ‘Westwards’, a story that at first glance seems to have been included mainly to offer a balance to ‘Radio Hour’, also from that era. Then, another reference to Freud appears in the haunting closing story, ‘Luminous’, in which a new form of light slowly erodes the viability of human life on the planet. Then, the earlier hat-tip makes sense—as it comes to a close, the collection’s undercurrent, the theme of hidden motivations, is squarely revealed. The stories in Principles of Predictions suggest that the human aspiration to accurately forecast what’s coming is often at odds with our lack of prescience into our own actions and choices.

Sex is, naturally, a part of this. More than one character makes a physical overture that is unexpected by the reader, if not by the character themselves: one woman makes another feel her breasts without preamble but claiming non-erotic reasons, another tries to land a kiss on a co-worker in a moment of unrelated desperation, asking the question, ‘Do you think it is easier when someone dies than when they disappear?’ In ‘Feline’, a detective with a sexual trauma in her past violates client ethics, spilling her own secrets and others’. Ultimately, the collection seems to say: all the caprice is only within us.