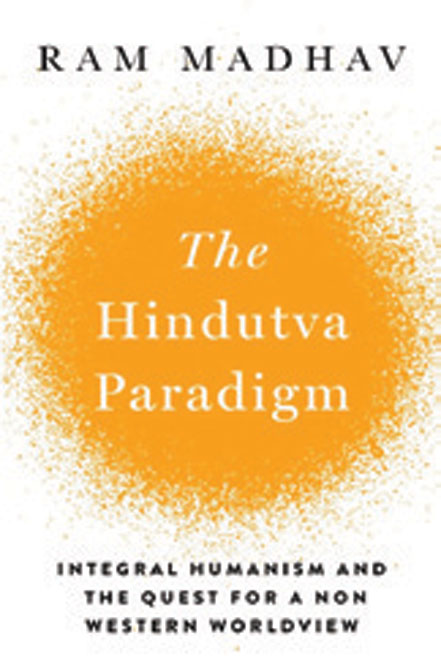 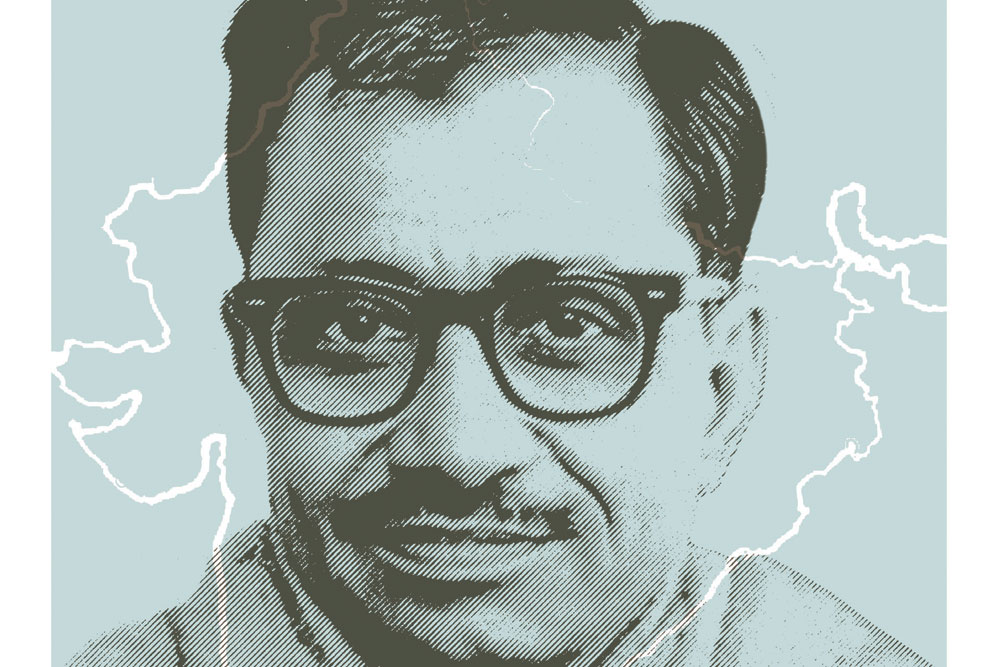 
THE GREEKS GAVE the world the roots of democracy. The state as an institution was seen by ancient Greek philosophers as an instrument for moral and personal development of man.

In the absence of men with morals, democracies could become a source of injustice was a dilemma that continued to bother the statesmen as the democratic institutions evolved over centuries in the Western world.

Deen Dayal Upadhyay’s view was that Western democracy was a product of this historic progression in Europe. “After nationalism, democracy is the second radical concept that had deeply affected European polity. In the beginning, nations were ruled by monarchs, but their tyranny led to an awakening among the people. In the wake of the Industrial Revolution and development of international commerce, the trading community became a demanding force. Naturally, the traders came into conflict with the nobility and monarchy. This conflict sowed the seeds of democracy,” he wrote.

Deen Dayal was a quintessential democrat. It is the quest for moral man that had led Deen Dayal to his famous philosophy of Integral Humanism. His integral humanist philosophy was about man’s evolution through society and the universe towards the divine. Deen Dayal’s integral man was a moral man fully integrated with the cosmic reality in a progressive realization through nation and nature.

The West saw a complete separation of religion and state—“Render unto Caesar the things that are Caesar’s, and unto God, the things that are God’s,” said the Bible. However, Deen Dayal viewed Dharma not as a religion but as the eternal law that should encompass everything including statecraft. He gave a new definition to democracy based on Dharma. “Dharma is eternal. Therefore, in the definition of democracy, to say that it is a government of the people is not enough; it has to be for the good of the people. Dharma alone can decide. Therefore, a democratic government, ‘Jana Rajya’, must also be rooted in Dharma, i.e., a ‘Dharma Rajya’. In the definition of democracy—of the people, by the people and for the people—‘of’ stands for independence, ‘by’ stands for democracy and ‘for’ indicates Dharma. The true democracy is one where there is freedom as well as Dharma,” Deen Dayal argued.

Articulating the distinction between democracy of the Western origin and the Dharma-based systems of India, Deen Dayal used to say that adult franchise and electoral process alone do not constitute democracy. “Democracy is not merely the rule of the majority. In a majoritarian government there will at least be one segment of the public whose voice has been stifled even though it may be right. This form of democracy cannot work for everyone’s welfare and good. Therefore, in any form of democracy in India, election, majority and minority… all must be combined and harmonized at one pace. Anyone, who has a different opinion from the majority, even if he is a single individual, his viewpoint must be respected and incorporated into the governance,” Deen Dayal said. This is Dharmocracy or Ram Rajya.

Gandhi too expressed similar sentiments in his writings. “The rule of majority has a narrow application, i.e., one should yield to the majority in matters of detail. But it is slavery to be amenable to the majority, no matter what its decisions are… Democracy is not a state in which people act like sheep,” he wrote in Young India.

After independence, India opted for Western democratic institutions. There was scepticism in England over India’s ability to govern itself. Clement Atlee, the British Prime Minister, expressed serious scepticism over India’s attempts to adopt a democratic Constitution. “The Asiatic republics are few and of recent establishment. Their record is not very encouraging. They tend to degenerate into dictatorships or oligarchies. They offer a prize for the ambitious authoritarian individual,” he warned Nehru in a letter.

Yet, there was a near unanimity in India over democracy as the way forward after independence.

In Nehru’s view, democracy was the greatest gift from Europe. But leaders like Ambedkar and Deen Dayal viewed democracy as a natural choice for India. Speaking in the Constituent Assembly on November 25th, 1949, Ambedkar reminded the members that democracies were not new to India. “It is not that India did not know what is democracy. There was a time when India was studded with republics, and even where there were monarchies, they were either elected or limited. They were never absolute. It is not that India did not know Parliaments or Parliamentary Procedure. A study of the Buddhist Bhikshu Sanghas discloses that not only there were Parliaments—for, the Sanghas were nothing but Parliaments—but the Sanghas knew and observed all the rules of Parliamentary Procedure known to modern times. They had rules regarding seating arrangements, rules regarding Motions, Resolutions, Quorum, Whip, Counting of Votes, Voting by Ballot, Censure Motion, Regularization, Res Judicata, etc. Although these rules of Parliamentary Procedure were applied by the Buddha to the meetings of the Sanghas, he must have borrowed them from the rules of the Political Assemblies functioning in the country in his time,” he said.


Deen Dayal too would emphasise that democracy was not new to India. “Vedic Sabhas and Samitis were also organised on the basis of democracy, and many medieval states in India were completely democratic. We have confined the powers and privileges of kings and made them cater to the demands of the public,” he wrote.

DEEN DAYAL VIEWED democracy as a potential tool for national unity. He also believed that for a diverse country like India, only democracy can ensure unity of the nation. “If democracy comes to an end here, it will spell the doom of national unity,” he averred, adding, “even secessionist and separatist forces will gradually move towards national unity in a democracy. Even when they win the elections on the basis of casteism and regionalism, they would realise that they cannot sit alone in the legislatures. Democracy is essential for national unity.”

Both Gandhi and Deen Dayal opined that the success of democracy lay in educating the masses and failure to do so will lead to democracy degenerating into a mobocracy. Deen Dayal used to refer to Julius Caesar of Shakespeare to underscore the nature of the unenlightened public opinion. When Brutus murdered Julius Caesar the Roman public had celebrated it, but when Antony revealed Brutus’ deception they went after Brutus the next moment. “It is difficult to keep democracy alive between the two forms of government—mobocracy and autocracy,” Deen Dayal averred.

Plato too had entertained similar fears about democracy. Demagogues can indulge in “false and braggart words” and turn democracies into staging points for tyranny, he feared. That democracies can end up producing tyrants and authoritarian dictators was the experience of the world in the last few centuries.

Authoritarians abhor rational debate and reason. They revel in their own superciliousness and narcissism. Julius Caesar used to invite sculptors to prepare hundreds of his own sculptures. Whenever he came across a new name, Stalin’s only question used to be as to whether that new individual was a “genius”. If the answer was “yes”, that individual would disappear from the next day. In her book Twilight of Democracy, American author and journalist Anne Applebaum refers to Hannah Arendt, “the original philosopher of totalitarianism”, who identified the authoritarian personality as a “radically lonely individual who, without any social ties to family, friends, comrades or mere acquaintances, derives his sense of having a place in the world only from his belonging to a movement, his membership in the party”.

While acknowledging the need for creating ‘popular moral authority’, Deen Dayal would still argue that it cannot be done by the rulers alone. Left to them, the rulers would like to brainwash the public into believing only in them

That was why “that people should be trained as good citizens for democracies to succeed” has been an accepted proposition all over the world. The responsibility for it was put on the leadership—the philosopher kings. Ronald Reagan used to say that a good leader is one who makes his people do good things. “The greatest leader is not necessarily the one who does the greatest things. He is the one who gets the people to do the greatest things,” he said.

Deen Dayal viewed it from a different perspective. While acknowledging the need for creating “popular moral authority”, he would still argue that it cannot be done by the rulers alone. Left to them, the rulers would like to brainwash the public into believing only in them. “In India, the problem has been solved by taking away the right of building democracy from the government. Educating public opinion is the work of selfless ascetics. Ruling according to public opinion is the task of the government. The ascetics always have the upliftment of the public and their spiritual interests in mind, and, as such, they work according to these noble ideals,” Deen Dayal explained. He called those noble ideals Sanskaras. People should be imbued with ideals like feeling for the nation, consciousness of their responsibility, and discipline, he said, warning that if these Sanskaras were absent in the citizens, democracy would “degenerate into an instrument of individual, class and party interest”.

Deen Dayal noticed growing evils like money power and muscle power in Indian politics in the initial years of independence itself and cautioned that it would sound a death knell for democracy. He insisted that parties should put up candidates who were selfless and committed to public service. They should discourage the use of money power to influence the voters. Deen Dayal bluntly said that “there is not a single political party in India that is worried about this. The only thing that matters to them is that their candidate must somehow win… They only grant a ticket to the candidate who has the maximum chances of winning”.

He then turned his attention to the people and called upon them to remember that “an ineligible candidate is not worthy of our vote even if he belongs to a good political party. It is possible that while granting the ticket to such a person, a political party may have been guided by immediate gains or it may even have made a grave mistake. It is, therefore, the duty of a responsible voter to rectify this mistake by his awareness”. As a leader of Jana Sangh, Deen Dayal never allowed such things.

Like Ambedkar, Deen Dayal too feared that democracies, in the absence of such public awareness, could breed dictatorial tendencies in the leaders. He was a staunch votary of democratic decentralization. “The centralization of political, economic and social powers in one individual or institution is a hindrance in the way of democracy,” he believed.

Deen Dayal’s idealism is a tall order for present-day politics. But it is key to the survival of democracy. And, as Noam Chomsky pointed out, democracy is not merely an ideal to be valued, it is essential for our survival.

(This is an edited excerpt from The Hindutva Paradigm: Integral Humanism and the Quest for a Non Western Worldview by Ram Madhav).