From the architecture of the gene to the oral histories of men and women in the former USSR, this year’s best books reveal what it is to be human 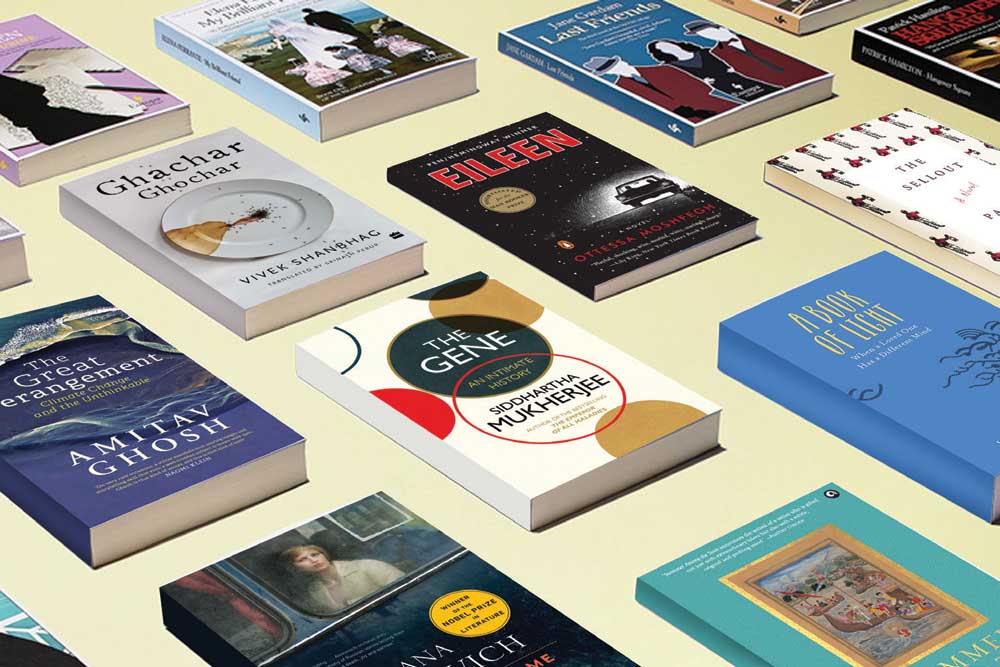 THIS YEAR HAS been a landmark one for non-fiction. In 2016 , climate change became the subject of literary soirees; serious research and personal documentation wove into the warp and weft of mental illness; a young neurosurgeon and father wrote about succumbing to finitude; and the power of the monologue became apparent.

The fiction titles provided fewer gems. Leading authors such as Zadie Smith, Ian McEwan, JM Coetzee and Aravind Adiga wrote fine books, but not their best. Paul Beatty winning the 2016 Man Booker Prize for The Sellout was expected as it was well-deserving and also the most politically scathing of the books shortlisted. The most contentious award this year was undoubtedly the Nobel Prize for Literature. Bob Dylan, it must be said, kept his head, even while everyone else was losing theirs and blaming it on him.

But the book of the year would have to be Indian-American Paul Kalanithi’s When Breath Becomes Air. When a 36-year-old neurosurgeon writes about his own morbidity in stunning prose and with medical clairvoyance, we realise that the dying ‘are the ones who have the most to teach us about life’. Another book in a similar vein, dealing with cancer and death this year, was the excellent In Gratitude by Jenny Diski, author of 17 books of fiction and non-fiction.

In When Breath Becomes Air, Kalanithi, a young father, details the transformation from doctor to patient and the flattening of time when death is imminent. It is that rare book that shifts an axis within the reader. You realise you are in the presence of something greater and that what you hold in your hands is precious. ‘Be steady,’ you tell yourself. The voice within urges, ‘Read on.’

He writes, ‘Part of the cruelty of cancer, though, is not only that it limits your time; it also limits your energy, vastly reducing the amount you can squeeze into a day. It is a tired hare who now races. And even if I have the energy, I prefer a more tortoiselike approach. I plod, I ponder. Some days, I simply persist.’

Kalanithi died in March 2015. His wife has written the epilogue of the book. Readers are fortunate that his words persist on the page, and that we can all partake of his legacy.

Siddhartha Mukherjee’s The Gene was the most awaited title of the year. Mukherjee’s previous book The Emperor of all Maladies, made science writing not only accessible, but also beautiful. In The Gene, he tells us what it means to be human today. The book decodes the gene over centuries and countries, from the 1850s’ Italy to the present. But the verve of the sentences and the tenderness of his family’s story elevate it from a book of science to a book for everyman. What is natural, he asks, what is bhed and abhed? Where does normal end and madness begin? ‘The magic and the mania were perfectly contiguous— bordering kingdoms with no passports,’ he writes. ‘They were part of the same whole, indivisible.’

A Book of Light similarly chronicles questions of magic and mania, and the gashes of devastation quarried through the lives of families. Edited by Jerry Pinto, this slim volume throws asunder the curtains of middle-class living rooms to shatter the myth of the ‘normal home’. Mental infirmity is not the ravings of the mad man on the street; rather, it’s the whisperings of our own homes and our own families. Written by mothers whose daughters have committed suicide, or sons whose fathers walked out of the house never to return, these accounts of ‘when a loved one has a different mind’ are essential reading. They goad us to listen, and prod us towards empathy.

The book that shines a mirror to life’s vicissitudes is Second-Hand Time. It won the Nobel Prize in Literature in 2015, but arrived in India only this year. Written by Belarusian journalist Svetlana Alexievich, it tells of the fall of the Soviet Union and the two decades following it, through oral histories. Woven from hundreds of interviews, it is that rare journalistic work where characters speak in their own voice, without the mediation of the writer. Alexievich allows the men and women in her book to tell their own stories, and thus endows them with an agency that they were denied in their own lives. Second-Hand Time is an exhaustive historic account not only of Russian history and the atrocities that its citizens have survived, but also an exploration of life’s fundamental questions—what is faith and freedom, nationhood and belonging, pain and happiness and what is man’s capacity for cruelty and courage? Through the monologues of her characters, she offers us the play of history and a script of emotions.

If Alexievich is a reporter par excellence, Amitav Ghosh returns to non- fiction with The Great Derangement. He asks why are we (the human race) unwilling to pay heed to the scale and violence of climate change. He puts forth the simple question: Are we deranged? The problem is that at the level of literature, history and politics, we have failed to recognise, and more importantly, refused to comprehend the consequences of our actions on our planet. He believes that one of the profoundest reasons why it is so hard to write a story on climate change is that there is no redemption, no happy ending. As he said in an interview, apologising for the “depressing conversation”: “there is no lipstick you can put on this pig”.

IN FICTION, TWO young authors stood out—Indian author Kanishk Tharoor and American novelist Ottessa Moshfegh (also shortlisted for the Man Booker Prize). While Tharoor uses history as a launch pad to propel his own retellings, Moshfegh seems to be the François Rabelais of our time, creating her own female Gargantua.

Amitav Ghosh heralds Kanishk Tharoor, the author of Swimmer Among the Stars, as an ‘extraordinary talent’, with a ‘subtle, original and probing mind’. He is right. These short stories are unique. The reader travels not through specific countries—be it India, or Morocco or Persia. Rather she feels she has returned from all of them, and none of them, as in these stories, history and imaginings, myth and fact elide into each other, to create a magical whole.

Another young but altogether different writer is Ottessa Moshfegh who also made her mark in 2016. In Eileen, she creates an anti-heroine who has not been seen before. The 24-year-old protagonist works in a juvenile prison, lives with an alcoholic father, has lost her mother to illness, is obsessed and revolted by bodily functions, has bizarre eating habits and dwells so deep in darkness that sunlight is an aberration. Loneliness here is not simply an emptiness, but a beast with hot breath. Set in 1964, and over the span of days, Eileen clings to one’s skin like oil; you might try to rub it off, but its filmy presence lags behind. While the protagonist inhabits Stygian worlds, the book is ultimately about escape. It leaves the reader with the sense of ‘per aspera ad astra’ (through the thorns to the stars).

If Eileen is an anti-heroine who thrives in the carnivalesque, another fascinating woman in literature this year is Yeong-hye, from the novel The Vegetarian. Written by South Korean author Han Kang, The Vegetarian peels apart like a pomegranate gone iffy— shrapnel of crimson and juice spray in different directions. The novel opens with a young woman named Yeong-hye turning off meat and the family’s consternation at this decision. But then the story progresses into the realms of art and sex, obsession and renunciation, as the three main characters get entwined together. By the end of the book, like at the end of flaying a pomegranate, you’ll smack your lips, even if you are aghast at the mess around.

Another noteworthy novel of the year is Vivek Shanbhag’s Ghachar Ghochar , which grapples with the petty tyrannies of bourgeois life. It is an excellent example of how simple tales can reveal complex realities. Translated from Kannada by Srinath Perur, it tells us how families work and how relationships are made and un-made.