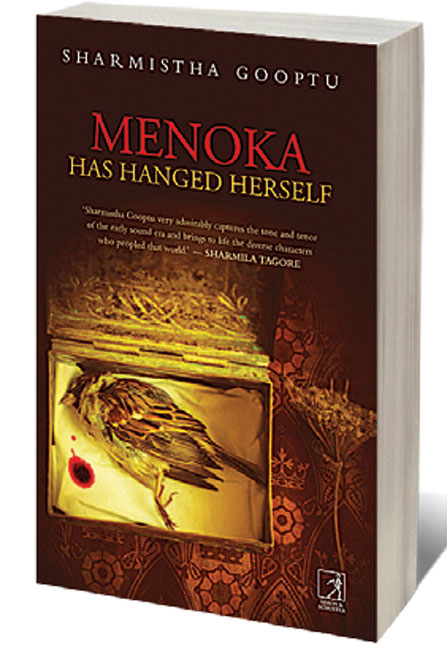 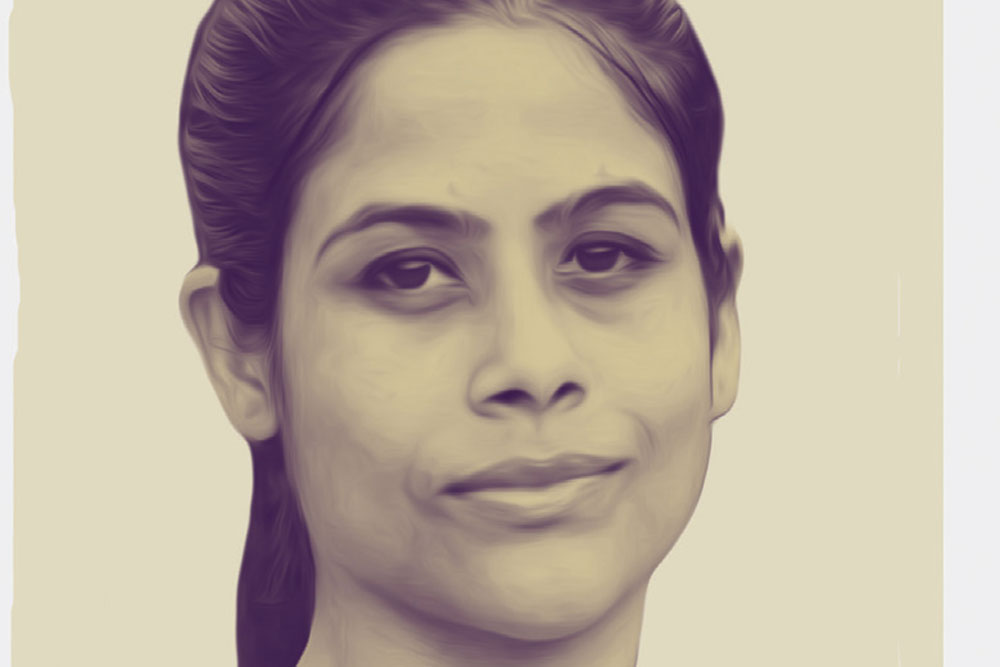 
SHARMISTHA GOOPTU’S novel intriguingly titled Menoka Has Hanged Herself evokes the studio para of Calcutta of the 1930s and is a thriller with an interesting plot, and prose spiced with a mixture of Bengali and Hindi words. This is Gooptu’s debut novel. Her first book Bengali Cinema: An Other Nation (2010) is an academic study on the journey of Bengali cinema starting from the establishment of the studio system to 1980s Bengali commercial cinema. It would seem that the novel is a clever fictionalisation of her research into cinema, which makes this book one of a kind.

The novel features a delicious though brutal villain in Ambarish Dev Burman, the strange and successful director of Bharat Talkies, who is allowed once too often to have his own way with regard to casting women in his films. It revolves around a glamorous film couple Shankar Chattopadhyay and Ramola Devi, the leading female star of Bharat Talkies (reminiscent of Himanshu Rai and Devika Rani of Bombay Talkies) who embark on making their magnum opus Mirabai. Himanshu Rai was a pioneering producer-director who co-directed The Light of Asia (Prem Sanyas) in 1925, and later cast his wife Devika Rani opposite himself in Karma (1933).

In Gooptu’s novel, Shankar Chattopadhyay is returning to the director’s chair after a long while with Ramola playing the heroine. The book begins with one Menoka, the new heroine of Ambarish Dev Burma’s film Pativrata who has ‘hanged herself in the bathroom of the women’s dressing room, wearing one of the costumes from her new picture.’

The novel creates an authentic sense of the studio system in Tollygunge during the transition from the silent era to the talkie, providing glimpses of the intimate moments of that milieu.

At the heart of the novel are two strong women characters Ramola and Rajubala and an account of how they negotiate the murky world of the bioscope, a truly terrifying one—exploitative and cynical, especially in the treatment of its women folk. When Shankar dies early on in the novel (Part II) there is mutiny in the air as Kedar, Anil, Prabhas try to gang up against Ramola who has taken over as the head of the Studio. It is also here that the feminist side of the novel is gradually revealed.

Peopling this world are also nyakas—the womanly men who act as spies and pimps and as actors of a lower order. Gooptu brings out the hierarchy in the cinematic world and the dark secrets hidden away. One of the strongest aspects of the book is its telling—like epic cinema in its scope—divided into seven segments with chapter headings invoking particular characters or key players in the book, going back and forth between them from chapter to chapter, heightening the pleasure of reading it by maintaining the suspense and delineating each character separately and carefully.

Rajubala the protagonist is a feisty character and an able counterfoil to Ramola who is everything that Ramola cannot be. Coupled with that, Rajubala is also an exceptionally talented girl from the lower order with ambitions to be a star; beautiful and mischievous, she also wins Ramola’s confidence and transitions from being ‘Raju darling’ for the masses to a great star in Ramola’s Mirabai. The novel traces the birth of the Bharat Talkies from Shankar leaving the US and setting up a studio in the heart of Calcutta, through accounts by his wife and by his crew of technicians who helped him set it up. Through gradual interlinking of the stories of different characters—a striking one being that of Kedar Babu, the sound recordist, whose experiments with sound and syncing of sound with the visuals are described—the novel raises several issues about the treatment of women in the film industry. The novel is titled after a minor character (someone we do not get to meet) who could represent a class of women performers who are drawn in with promises but discriminated against and exploited. The image of a young woman dressed ceremonially in film costume dangling from the end of a rope conveys this. The novel comments upon the mores in the film industry even as its descriptions make it an engaging read.