Aurangzeb: Not an Anti-Hindu Despot 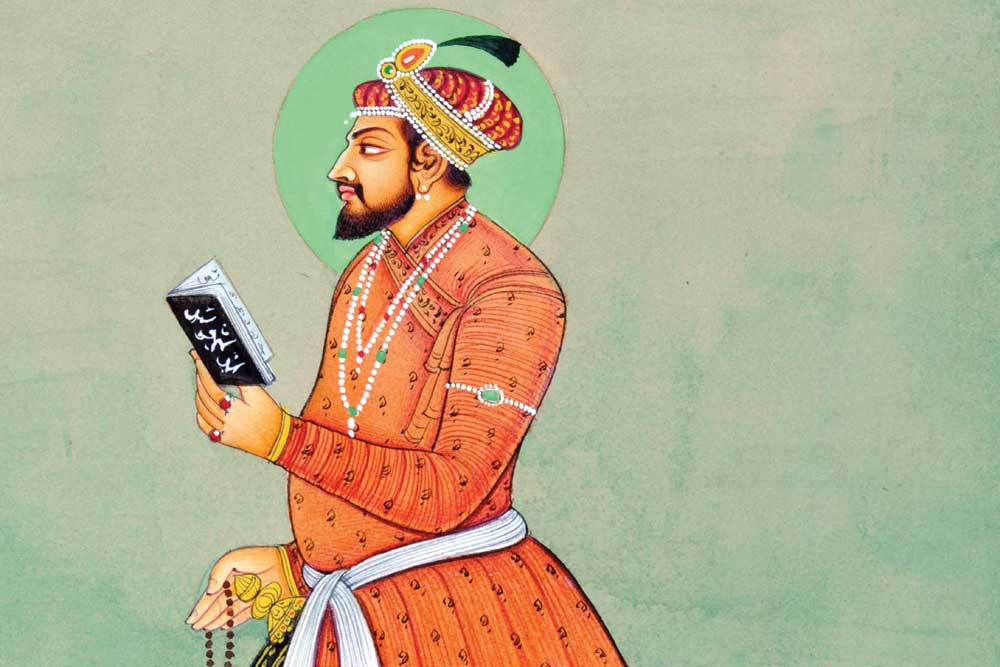 ONCE THE BRITISH had succeeded in crushing the rebellion of 1857, they started a systematic campaign of what has been described as the ‘British Policy of Divide and Rule’. What they unleashed was much more than just a stratagem to create a divide between the followers of two faiths who had by and large lived with each other peacefully for centuries.

The colonialists were developing a discourse that stretched beyond the borders of South Asia; they were developing an insidious world-view, the purpose of which was to split the entire world into two perpetually antagonistic belligerents who could never reconcile because of their inherent contradictions.

The foundations of this discourse rested on falsehood, distortion, a myopic view of history and the creation of ‘Us versus Them’ polarities that were to culminate in the idea of a ‘Clash of Civilisations’ and the espousal of a treatise that insisted on seeing and presenting cultures as mere reflections of denominational categories. It is this jaundiced view that has landed the world on the precipice of disaster and caused millions of deaths in Palestine, Iran, Iraq, Syria, and continues to play havoc with the lives of millions.

It is this perspective that creates ideas like ‘Islamic architecture’ and ‘Islamic culture’, whereas there is no mention of ‘Christian’ architecture or culture. Culture in the West is always related to language or a region or periods—French, Slavic, Italian, Gothic, Renaissance— and no one seems to ask why there is no talk of Christian architecture and culture. Despite its phenomenal linguistic, cultural, dietary, literary diversity, the vast territories from Arabia to Turkey, Iraq, Iran, Afghanistan and medieval South Asia, cutting across large swathes of the Middle-East and Central Asia, have been clubbed together as the land of ‘Islamic culture and architecture’.

The unravelling of this singularly slanted perspective, this othering of more than one fifth of humanity, is the foundation upon which this edifice of economising on truth, air brushing details, forgetting significant developments and inventing jingoist narratives of hatred is built. It is this biased view of history that is principally responsible for creating the image of an intolerant, austere, cruel, orthodox and fanatically anti-Hindu Aurangzeb that most people in India and the world have received and believe to be an accurate description of the last great Mughal.

Audrey Truschke’s eminently readable Aurangzeb: The Man and the Myth systematically and painstakingly deconstructs the image of Aurangzeb that colonial historians and the followers of their school of historiography have created over the last 150 years.

Truschke allows the reader to glimpse the man, of how he saw himself, how he wanted to be remembered, and once again foregrounds what serious historians have been underlining over the last several decades: the need to look at Aurangzeb not as a proselytising, fanatic Muslim despot perpetually at war with a brave, adventurous romantic, Robin Hood-like Shivaji. Both of them need to be seen as two feudal lords, jockeying for position in their effort to expand and retain territories under control.

Aurangzeb: The Man and the Myth confronts all the myths popularised about him and establishes, through contemporary documents and records, that it was in the time of Aurangzeb that the share of Hindus in the Mughal administration rose rapidly.

‘Under Akbar, for example, Hindus constituted 22.5 percent of all Mughal nobles …. Aurangzeb increased Hindu participation at the elite levels of the Mughal state by nearly 50 per cent. Hindus rose to 31.6 percent of the Mughal nobility. This dramatic rise featured a substantial influx of Marathas as a strategic aspect of expanding Mughal sovereignty across the Deccan.’

Small quotations at the head of several chapters bring into sharp focus the mental make-up of the man and the monarch; for example, the chapter titled ‘Overseer of Hindu Religious Communities’ begins with Aurangzeb’s comment on the Buddhist, Jain and Hindu temples at Ellora: ‘…one of the finely crafted marvels of the real, transcendent Artisan.’ Aurangzeb is in fact describing Ellora as a divine creation.

In the same chapter, the author quotes a letter written in the customary style of royal correspondence by Aurangzeb to Rana Raj Singh of Mewar in 1654 and summarises it to say ‘when we strip away the flowery style of formal Persian, Aurangzeb’s point is this: kings represent God on earth and are thus obliged to ensure peace among religious communities.’

In another firman dated 1659, cited in the same chapter, Aurangzeb instructs Mughal officials at Benares ‘….you must see that no one unlawfully disturbs the Brahmins or other Hindus of that region, so that they might remain in their traditional place and pray for the continuance of the empire.’

Chapter after chapter in this rather well-researched volume strips the layers of lies and distortions that have presented Aurangzeb to us as nothing more than a cut-out villain of the Bombay cinema of the 70s.

The attempt is not to present Aurangzeb as an angel, something that is being tried with religious fervour in Pakistan. What the author has successfully done is to show that attempts to depict Aurangzeb as the devil incarnate—who would have decimated all Hindus had his hand not been stayed by the brave and all conquering Shivaji Maharaj—are as misplaced and ahistorical as the contrary creations of history across the border.

Despite its small size, 140 pages (excluding the post script on medieval Persian texts, a bibliographical essay, notes and index), this volume is a must-read for all those who are open to the idea that history is not only a narration of dry facts but is open to interpretation. And it is time to unshackle our minds of the biases imposed on our reason by deliberate distortions of our understanding of who we are.

The way our past was interpreted for us by our colonial masters was informed by imperialist needs to present a specific picture of the uncivilised marauding natives who they had come to civilise. We need to rid ourselves of this baggage of bias and, in the words of Tagore, awaken in a new world, ‘Where the clear stream of reason has not lost its way /Into the dreary desert sand of dead habit.’

Aurangzeb: The Man and the Myth opens one door to this new world and to others waiting to be opened.