Ramachandra Guha’s travels in the shifting sands of history 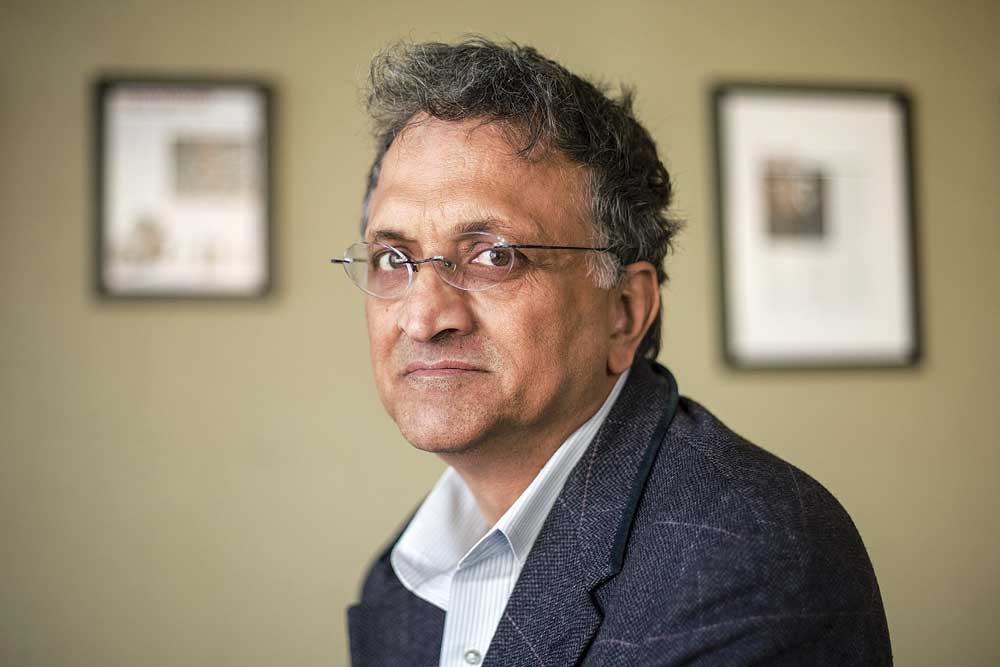 THIS DIVERSE collection of essays begins with a sketch of the death spiral of the Congress, a party Ramachandra Guha credits with laying sound foundations for democracy in India. Since the third decade of India’s independence, though, the party has suffered the consequences of a severe leadership deficit. Indira Gandhi made dynasty the leadership principle, after which the political traditions the party could draw upon were circumscribed by filial ties. The final stages of the Congress demise begin with Sonia Gandhi stepping up, perhaps to keep a place secure for the eventual succession of her ‘entitled, privileged and yet incompetent’ son Rahul.

By way of a historical parallel, Guha refers to the permanent eclipse the Liberal Party in Britain suffered after its glory years in the 19th century. The Liberal demise, though, could be correlated to the shifting character of political competition in Britain, and Guha seems to miss that point. The 1918 reforms which conferred the right to vote on its working classes were the turning point, and this in turn was a necessary bargain after labour’s mass recruitment for the British cause in World War I. By then, the entrepreneurial classes and older aristocracy had begun melding into each another, blurring the earlier polarisation between Liberal and Conservative. While the working classes entered politics as committed Labour voters, there was room for only one inheritor of the mantle of politics as practised in the 19th century.

Could similar shifts account for the decline of the Congress in India? Guha offers some inkling in an essay which uncovers a fascinating correspondence from just after the 1957 General Election, between Prime Minister Jawaharlal Nehru and the Socialist leader turned political renunciate Jayaprakash Narayan (JP).

The exchange begins with JP advising Nehru to assume the identity of a ‘national’ rather than ‘party’ leader and actively nurture a credible opposition. Nehru responded at great length, but remained unconvinced either of his responsibility towards building an opposition or of accommodating perceptions he deeply disagreed with. Opposition, he said, was a rather sanitised description for ‘all kinds of disruptive and reactionary forces’ and the ‘inertia of ages’, which he was determined to ‘constantly… battle against’.

It is interesting, though not part of Guha’s canvas, that another stalwart of the Socialist stream, Asoka Mehta, took almost exactly the opposite tack as JP. After a phase when the opposition parties entertained aspirations of power, Mehta urged that their role was not to oppose but to function as a ‘corrective’. These unique dynamics led political scientist Rajni Kothari to propose that the Congress be studied not as a party but as a ‘system’. In the early years of India’s freedom, the Congress was a mechanism that knit together local power centres in coalitions of wider complexity. The Congress organisation, which Guha believes had a viable form prior to Indira Gandhi, was rarely more than these confederacies of factional leaders who could assemble broader electoral pluralities. Two decades into India’s independence, the process became too complex for a single party to accomplish. Significant social blocs that had earlier articulated their interests through the Congress began fashioning their own political platforms.

Another of Guha’s concerns is the violence that often surfaces in otherwise reasonably scrupulous democratic cultures like India and Sri Lanka. The models of conflict resolution he advances as possible templates come from the Indian states of Mizoram and Tamil Nadu. Kashmir he says, could emulate the Mizo model, where a two-decade long insurgency was settled by a deal assuring the ethnic group of regional autonomy. Tamils in Sri Lanka similarly, could cast their eyes across the waters to India, where the Tamil people found a pathway to reconciliation despite early alienation from the national mainstream.

Perhaps these prognoses may be questioned for unwarranted optimism. Guha uses a categorisation of democratic structures into the ‘hardware’ and ‘software’ components to tackle this question. The terminology is somewhat idiosyncratic, but broadly congruent with the state-civil society duality often used in political theory. Friedrich Schiller is the authority Guha quotes to explain ‘software’: ‘the first law of decency is to preserve the liberty of others’. As an enunciation of principle, this is similar in spirit to the modern political theorist Edward Shils’ construct of ‘civility’ as an essential component of harmony within the nation-state: ‘respect for the dignity and desire for dignity of other persons’.

CAN A SPIRIT of civility be instilled by law? Guha is sceptical and in an essay on threats to free speech in India, identifies the persistence of a number of archaic laws as an impediment to freedom. Each of these laws has a history in the colonial period and early debates in independent India’s Constituent Assembly promised to eliminate every law repressive of freedom. Yet an argument kept surfacing in the years following, about a fragile democracy’s need for legal coercion to safeguard against the collapse of civility. Perhaps more than their abolition, a climate of freedom would require the symmetric application of laws across all classes of citizens.

Guha celebrates two academic mentors, Dharma Kumar and Andre Beteille, among whose abiding virtues was their resistance to the hegemonic claims of Marxist scholarship, as also their scepticism about the many affirmative action programmes introduced in independent India. Institutional integrity was a shared concern and both these scholars believed that competence could not be overlooked in pursuing this end. On the other side though, it could be argued that public faith in civic institutions turns on how responsive they are to the varied perceptions that exist in a social milieu.

Guha offers a deeply moving and evocative essay on the spiritual bonding between Mahatma Gandhi and Dharmanand Kosambi, father of the legendary Damodar Kosambi. The senior Kosambi came to this encounter immersed in the Buddhist faith, finding in Gandhi’s humanism a similar impulse to redefine ethical premises in line with reason. Such was the bond between them that even amidst the preoccupations of his last year, Gandhi invested valuable time organising a scholarship in Kosambi’s name for an Indian scholar of Buddhism.

An essay on the Adivasis of central India identifies them as the most grievously injured community since Independence. Differences in settlement pattern and electoral strength make the Adivasi tragedy more acute than the marginalisation suffered by Dalits and Muslims, two other vulnerable minorities. It could be asked, though, if this manner of comparison is warranted when forced modernisation is the malaise common to all vulnerable communities, each being driven to the margins by an impulse of ‘development’ designed to serve the interests of another.

Nationalism as a doctrine involves a solidarity that transcends supposedly smaller identities of tribe, clan, community and caste. This is a bond forged in the human imagination, assisted by artefacts of industrial modernity. Guha’s tributes to two highly influential historians— Eric Hobsbawm and Benedict Anderson— touch upon their varied contributions, including their excavations of nationalism. Anderson gains praise for his liberal approach and conviction that nationalism could be a force for the good. Hobsbawm is acknowledged for his versatility and his introduction into the historians’ craft of tools from diverse disciplines, but chided for his willing subjection to dogma.

Hobsbawm was a lifelong member of the Communist Party, refusing to sunder his links even in the face of the Soviet invasion of Hungary in 1956 and revelations of the brutal Stalinist purges. This is held by Guha to have seriously detracted from his achievements as a historian. Yet Hobsbawm is by no means the only historian from Britain or elsewhere who retained a lifelong commitment to communism. Christopher Hill, Albert Soboul, George Lefebvre and a number of others come to mind, whose scholarship has not been diminished by political convictions.

Hobsbawm’s reasons for retaining his political convictions have never been secret. In fact, his refusal to repudiate the Soviet Union has much in common with his historical assessment of the ‘reign of terror’, part of the French revolutionary tide following 1789, which deeply repelled conservatives of the Edmund Burke stripe. These are judgments that could be contested and refuted by assembling contrary facts. But painting them over with the broad brush of ‘dogma’ may be one among several flashes of rancour against Marxist scholarship that surface through this book of otherwise rather equable temper.