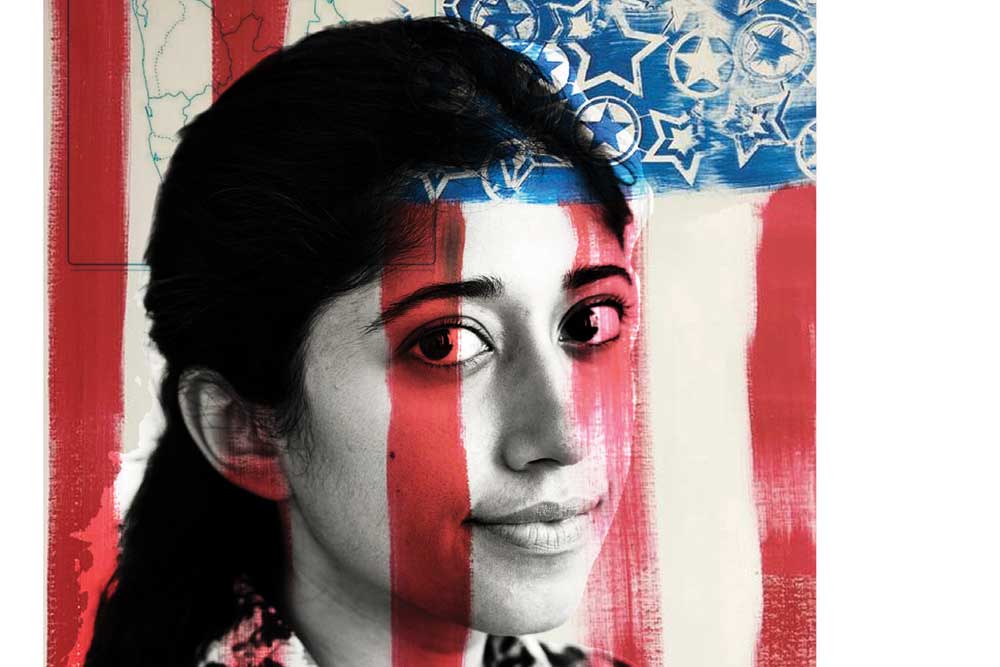 IN HALF GODS, time periods and locations bleed into one other. Characters walk in and out of each other’s stories. And the effects of history permeate geography. But the most porous border of all is the one between genres—not a novel, not quite short stories, Half Gods (HarperCollins, 216 pages, Rs 499) works as an interconnected tapestry of tales moving through the US, India and Sri Lanka.

In Akil Kumarasamy’s debut work of fiction, we start with ‘Last Prayer’ featuring Arjun and Karna, brothers living in New Jersey, with their grandfather Muthu, and mother Nalini, Tamil Sri Lankan refugees. Named after characters from the Mahabharata, the brothers appear and disappear periodically in the baggy folds of the narrative. In the second story, ‘New World’ we are transplanted to an estate in pre-independent Ceylon. In ‘The Office of Missing Persons’, we are in Jaffna as Jeganathan, an entomologist and university professor, clashes with a heartless system in a search for his missing son. In ‘When We Were Children’, we are back to the US, where Nalini is discreetly conducting an affair with her brother-in-law Dilraj. Later, an Angolan man anchors the penultimate story, ‘The Butcher’, where the action takes place at a dinner party hosted by Nalini.

“I wanted to write a book that was hard to reduce,” says Kumarasamy, 30, on the phone from the US, where she grew up and is presently based. “I knew I had to have a structure that allowed me a kind of fluidity.” Hence the shifting, shape-shifting contours. “This way allowed me to have that expansiveness. It allowed me to move across countries and different time periods and to tell a larger story so I could speak to colonialism more directly and the imaginary notion of borders,” she says. “How borders are a colonial dream. It allowed me to have these different spaces speak to each other.”

The big tentpole of the book is the Sri Lankan war, a two-decades long conflict between the Sinhala-majority government and Tamil minority groups that finally ended in 2009 and accounted for about a million casualties and more than a million displacements. Wounds from that war ripple through time and space, even as the book gathers other strands: the partition of the Subcontinent, the Bangladeshi Independence struggle, the anti-Sikh riots of 1984.

This is a debut with an assured voice, where the literary pyrotechnics are as dazzling as they are challenging. Though the civil war serves as the fulcrum, it is the broader theme of fractured nations and peoples that Kumarasamy is interested in parsing. Violence is the connective tissue that threads the pieces together, gesturing at the futility of seeing South Asian histories in silos: “How these different histories are isolated and not told in correlation to each other or they are kept apart in some sort of colonial attempt to divide and conquer.”

Switching from different points of view allows a shift in tone and adds variety to the book; it also allows different perspectives and voices to come in – Akil Kumarasamy, author

The violence itself is barely rendered, but lives through its pernicious after- effects or erupts with the most force in the minutiae of everyday bureaucracy. For instance, at the US embassy, when Muthu is seeking asylum with a teenaged Nalini, he says he has lost everything, only to be told: ‘You need to be more specific.’ Or the moment when his friend the professor Jeganathan goes to the police station to report a missing son. ‘When will the search begin,’ he asks, and is told, even as he is reporting the disappearance, that ‘it has already begun’.

Kumarasamy grew up in the South Asian-dominated town of Edison, New Jersey, where being a person of colour was not exceptional. “Because of that, growing up I could have a more nuanced take,” she says. “I could talk about brownness from the point of view of brownness, from a point of centrality.”

She grew up among migrants and refugees who had packed their belongings and sorrows when they were cleaved from their homelands, and embodied within themselves a subcontinent of unarticulated experiences. “A lot of people have carried their pains and traumas over; there was never any healing, a lot of silences, people carrying different ghosts with them,” she says.

Kumarasamy, who counts Arundhati Roy, Edwidge Danticat and Aleksandar Hemon among the writers she enjoys, completed an MFA in fiction from the University of Michigan. Before that, as an undergraduate student, she studied economics, a subject with few superficial similarities to fiction writing—yet one that mapped similar ground. “The economics I studied dealt with how people make choices, it dealt with desire and motive, so I was always interested in the psychology of how people make choices and how they interact,” she says.

The novel is remarkably reticent about specific cultural references or events, presuming a certain kind of reader, or at any rate a reader who is prepared to meet her part-way and cope with ambiguity or uncertainty. This decision to avoid explanatory passages was also strategic, one propelled by her own memories of reading British literature where people ate scones or casually referenced World War I without providing accompanying footnotes. “There was an assumption I should know about these things,” she says. “As a writer from the margins, you have to put yourself at the point of the centrality, you have to centre yourself. I didn’t think I needed to give too much context. Sometimes people won’t know the references, but that’s okay. When I read books and they are over explanatory, I wonder if this book is for me. I’m consciously trusting the reader that it’s okay to not know something, or be uncomfortable. And that’s part of the joy of reading: not knowing everything.”

This means we know something of the characters, and yet not everything, we know things they don’t know and can’t imagine some of the things that they do. This high-wire literary act is both beguiling and frustrating. It is also probably fitting for the themes that interest Kumarasamy: split selves, unfinished journeys, and unspoken memories.

Kumarasamy has an indisputable command of the material, but the stylistic devices that elevate it are the very devices that would alienate a more conservative reader. She is alive to the dangers of the experiment. “I think having a story that is just linear is sometimes more accessible for a reader and easier to read,” she says. “I trusted the reader a lot, that they would be able to make jumps in time with me and also make connections between the stories.”

Kumarasamy also experiments with voice throughout, alternating between the first, second and third person. It was a concerted attempt at capturing polyphony. “Switching from different points of view allows a shift in tone and adds variety to the book; it also allows different perspectives and voices to come in,” she says. “It gives each story a different kind of energy, like a music album.”