A richly rewarding portrait of the subcontinent through personal stories 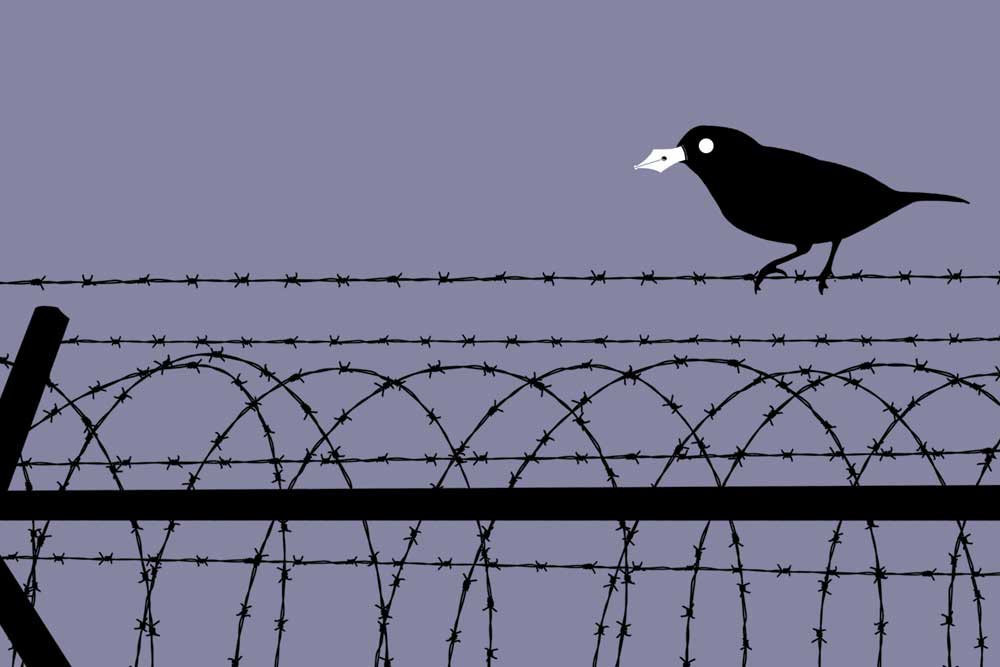 THERE HAS BEEN a plethora of books on Indo-Pak relations and hence it is difficult to bring anything new into this familiar field. But TCA Raghavan, formerly of the Indian Foreign Service, has managed to do just that in The People Next Door: The Curious History of India’s Relations with Pakistan, a fascinating read.

What is it that makes his book different? At one level, it is the methodology. He has depended a great deal on the accounts of some of the primary players in the drama from both sides of the Radcliffe Line. That gives the narrative a certain degree of authenticity and credibility. When you read the Pakistani version of some of the most contentious incidents in the contemporary history of Indo-Pak relations, the insights that you gain are somewhat exceptional (for instance, the quote from Lieutenant General Mahmud Ahmed’s book on the 1965 war, Illusion of Victory, wherein he says, ‘We began to believe what was meant only for the sake of propaganda , namely, that we had won the war, when actually it had ended in stalemate.’)

The ups and downs and the highs and lows of this curious relationship have been examined by Raghavan. His manner of telling the story through anecdotes, is similar to the style of Piers Brendon, author of The Decline and Fall of the British Empire.

Raghavan claims that ‘in tracing out this history, I do not draw any grand lessons and if there are any takeaways or policy recommendations I leave it to the readers to decipher and extract if they so wish’. This is an interesting suggestion— nay, challenge—to the reader.

In my view, a study such as this would not serve much purpose unless an attempt is made to draw lessons it. To be fair to the author, he does make an effort in the epilogue to do so. The lessons he draws are that, first, enough has changed to ensure that older solutions will not work; second, the global environment has always profoundly affected India-Pakistan interface and will do so in the future too; and third, neither the extent of goodwill nor the extent of hostility in each country for the other can be underestimated.

Valid as these conclusions are, the bait thrown by the author is far too tempting for any reader not to look for further lessons. One such endeavour could be to try and identify factors that facilitated the evolution of periodic thaws in the over-arching atmosphere of hostility and to find out why ultimately, things slipped back to the familiar norm of negativity. Raghavan lists out many such highs in the history of Indo-Pak relations over the last 70 years. In the early years, these included the agreement on minorities between Prime Ministers Liaquat Ali Khan and Jawaharlal Nehru in 1950, the exchange of visits between Prime Ministers Nehru and Mohammed Ali Bogra in 1953, and the signing of the Indus Waters Treaty by Prime Minister Nehru and President Ayub Khan in 1960. There was a steady deterioration thereafter which led to war in 1965, just a year after Nehru’s demise.

The next big thaw, surprisingly, was during the period 1977-79 with the Morarji Desai-led Janata Party in power in India and the military dictator Zia- ul -Haq ruling Pakistan. The author looks at various explanations, of which the most interesting is that of Jagat Mehta, who felt that ‘this thaw was an example of successful bipartisanship in India— initiated by the Congress and Indira Gandhi and continued by the Janata Party, Atal Behari Vajpayee and Morarji Desai.’ The author notes that ‘President Zia’s evident intention to be accessible to visiting Indians’ also contributed to the thaw.

TCA Raghavan claims that ‘in tracing out this history, I do not draw any grand lessons and if there are any takeaways I leave it to the readers to decipher and extract if they so wish’

By the time Indira Gandhi returned to power, the Soviet invasion of Afghanistan had happened with all its implications for Indo-Pak relations. Suspicions of Pakistani sponsorship of terrorism in India, Siachen, Operation Brasstacks, Babri Masjid, the Mumbai blasts, etcetera, ensured that there was no forward movement over the next several years. A significant fact is that Zia visited India five times without a single return visit from the Indian Prime Minister. The author favours the perception that Zia who was playing for high stakes in Afghanistan, did not want any trouble on his eastern front.

Inder Kumar Gujral, who had fond memories of Lahore, the city of his youth, had taken initiatives for peace with Pakistan, both as External Affairs Minister and as Prime Minister, which, however, failed to bear fruit. With a fellow Punjabi, Nawaz Sharif as Pakistan’s Prime Minister, it was hoped that Gujral would be able to achieve far more than the launching of the Composite Dialogue. There are those who believe Gujral’s inclination to sideline Intelligence Agencies impaired, at least partly, his ability to carry the policy of coexistence to fruition.

This view gains some degree of plausibility, as we look at the next significant development in Indo-Pak relations, which happened in 2003 when President Musharraf and Prime Minister Vajpayee were leading the two countries. This was not long after Kargil. Musharraf had got a taste of Indian Intelligence’s capabilities during that war, when his unrestrained comments over the telephone had been intercepted and were played out to a bemused world by India. Musharraf had continued to adopt a tough line towards India even after he came to power following his coup against Nawaz Sharif. However, all that changed on a fine morning in 2003. To the surprise of everyone, General Musharraf offered, in an interview with the Reuters News Agency on December 17th to drop Pakistan’s demand for a plebiscite in Kashmir and to initiate steps for reconciliation with India.

Some years ago, a group of youngsters from the National Law School, Bengaluru , led by Yogesh Dilhor prepared a well- researched paper on the Role of Intelligence Agencies in Promoting Peace, in which they say that this interview ‘should be marked as the single biggest breakthrough in the relationship between India and Pakistan since the British abandoned the sub- continent into chaos’. The authors go on to discuss possible explanations for this ‘betrayal’ and argue that Musharaff’s change of heart was attributable to the assassination attempt made on his life on December 14th, just three days before the interview. They quote the Pakistani journalist Zahid Hussain who stated in his book Frontline Pakistan (2006) that ‘Ironically, it was Indian intelligence that had warned Musharraf of the first attempt to kill him by blowing up the bridge.’ Dilhor also relies on Amit Baruah of The Hindu in support of this thesis.

The process which Musharraf initiated that day survived the 2004 change of Government in Delhi and came close to fruition under the stewardship of Prime Minister Manmohan Singh, another child of Partition. Yet, that was not to be. Raghavan ascribes the deterioration of the process to the serial train blasts in Mumbai (2006), the killing of Nawab Akbar Bugti (2006), and the attack on Samjhauta Express (2007). As Raghavan says, ‘The India-Pakistan dialogue was now entangled with President Musharaff’s personal standing in Pakistan,’ which plummeted rapidly with the dismissal and arrest of the Chief Justice and the Lal Masjid operation, both in 2007.

Where do we go from here? Parliament’s Standing Committee on External Affairs, headed by Shashi Tharoor, has recently come out with a report on India-Pakistan relations which could form the basis of a bipartisan approach to the problem of how to deal with Pakistan. The appointment of soft- spoken former IB Chief Dineshwar Sharma as a special envoy to talk to all parties concerned to resolve problems in Kashmir may mark the beginning of yet another endeavour to reach out to Pakistan. As Raghavan says, ‘Efforts to bring about some positive change have never been deterred by past failures or by the prophets of pessimism.’