The price women in Pakistan pay for challenging social norms 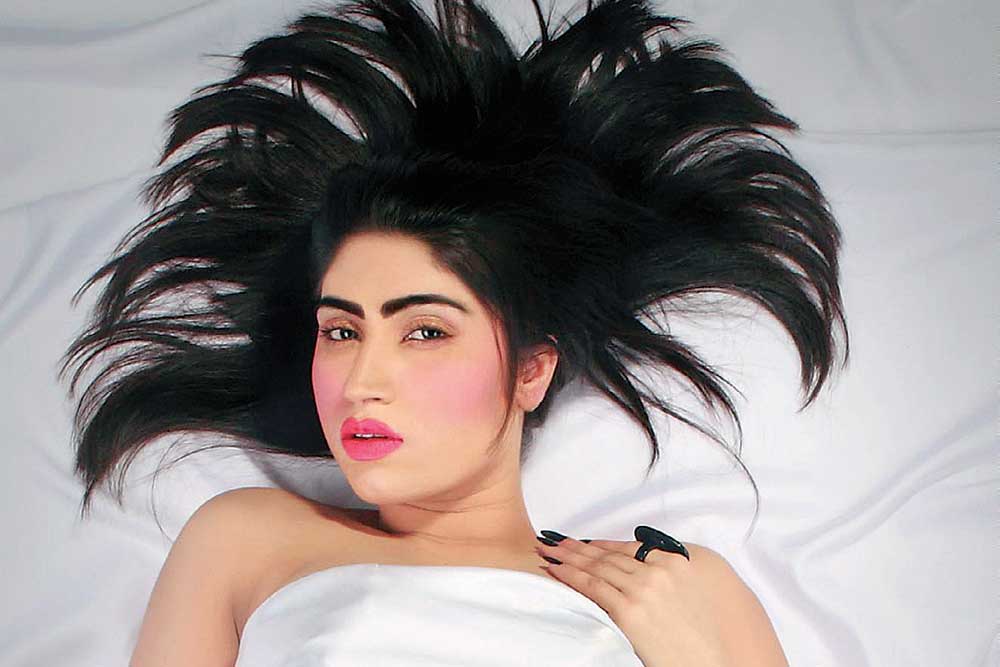 IN HER SEMINAL book Women who Run with Wolves, poet-psychoanalyst Clarissa Pinkola Estes appeals to the ‘wild woman’ that hides within all women: ‘To be ourselves causes us to be exiled by many others and yet to comply with what others want causes us to be exiled from ourselves.’ History is full of women who were derided for their transgressions but their legacy has enabled us to work, vote, control our bodies and right traditional wrongs. Sometimes the most unlikely women pick up the fight—and leave an impact that changes the status quo with their death. Such is the extraordinary life of Qandeel Baloch, 26, a Pakistani village belle turned model who became a social media celebrity for boldly challenging the country’s Islamic strictures on women. She made powerful enemies who wanted her dead even as millions of Pakistanis followed her every video, tweet and Facebook post.

It’s a painful truth that women who ace the rules of the game, who ‘lean in’ and are celebrated for ‘making it in a man’s world’ are often at the opposite pole of convention from those who break gender rules, boldly challenge social norms by exploiting their sexual capital and are regarded as so dangerously subversive, they must be silenced at all cost. They are trashed publicly (not least by other women), end up in rehab, suffer depression, commit suicide or, if born in our part of the world, even murdered by their families in socially sanctioned ‘honour’ killings. The Sensational Life and Death of Qandeel Baloch is the debut book of a talented Pakistani writer, Sanam Maher, who has painstakingly interviewed dozens of models, maulvis, journalists, activists, lawyers and police officers to create a searing portrait of a woman—and a divided nation.

From her birth in an impoverished family in rural Punjab to fleeing her abusive marriage, Fauzia Azeem (her real name) decided she wanted more from life than unsung misery. “Main iss liye paida nahin hui ke kissi mard ki jooti ban ke rahoon” (I wasn’t born to live my life as a man’s shoe),” she said in an interview after bursting onto the national scene in a spate of tears when she lost on Pakistan Idol in 2013. The journey from Fauzia to Qandeel would entail her fleeing an abusive marriage (she still had the scars of cigarette burns when she was buried) to a woman’s shelter in the dead of night, the traumatic giving up of her son, a job as a bus hostess, and then, a stunning physical transformation into a model that was memorably captured in her coquettish video asking: “How I’m looking?” It became the catch phrase of a generation.

In a world where women are barely seen in public and much less heard, Qandeel decided to take on some of Pakistan’s most holy cows. Her weapon was her phone and a wardrobe of revealing clothes that she used to devastating effect. For instance, lying on her bed in a red dress with her breasts barely concealed, she rubbished a presidential warning not to celebrate Valentine’s Day: “You can stop to people go out,” she said in her phony American accented broken English, “but they can’t stop to people love.” The video went viral, racking up nearly a million views.

In a world where women are barely seen in public, Qandeel decided to take on some of Pakistan’s most holy cows. Her weapon was her phone and a wardrobe of revealing clothes

Qandeel found herself loved and despised by Pakistanis from the start, but it didn’t stop her from making provocative videos. She shocked the nation by saying she would strip in public if the Pakistani cricket team won against India. They lost, but such was the backlash from the guardians of public morality that she apologised even as she said, “I’m not done being bad. I’m just starting.” In a TV show where she was slut-shamed by other guests, she hit out at “politicians who go to mujras”—“… isn’t that more vulgar than anything the girl has done?”

Qandeel confessed she wished she had the freedom enjoyed by Indian women, and had she lived, she would no doubt have set her sights on Bollywood. She said she was “inspired by Indian women like Poonam Pandey, Rakhi Sawant, Sunny Leone… if they can make videos and put up pictures of themselves, why can’t I?” she asked. But when she shoots a video of a private encounter with Maulvi Mufti Qavi where they share drinks and a smoke while she wears his cap in a hotel room, it is clear her plans to expose the double standards of the guardians of Islamic morality has backfired. How could a mere woman have taken on the entrenched religious establishment?

The moral brigade descends on her en masse. They remove her Facebook page and try to silence her. “They are happy I can’t be bad anymore,” she says, but she isn’t giving up. In one of her most telling interviews—by now she is an international sensation who is dubbed the Kim Kardashian of Pakistan—she lays bare her soul: “No one tells me, ‘Qandeel you have gone to war against a society, against a kind of place where men think women are as lowly as their shoe. The kind of place where it’s so common for a man to hit a woman, that if some man doesn’t hit his wife, people call him beghairat (dishonourable)’.”

The book passes no judgements on Qandeel and doesn’t attempt to ascribe feelings to her, but empathy grows for the flawed heroine through skilful storytelling and the meticulous re-creation of her troubled life. Maher’s depiction of her life and death shines the light on other women—some who commit suicide in ignominy and fear like Naila the college student, and others who have fought back to escape crushing poverty and anonymity. Women such as Nighat Dad, who is the last resort of women victims of ‘cyber bullying’—an innocuous phrase for a serious problem in Pakistan where girls are routinely blackmailed and could die for befriending a man not a relative on social media. Or Attiya Jaffrey, the police woman who investigates Qandeel’s death but cannot be seen talking to her male superiors alone so they use intermediaries to talk to her.

These women, who don’t come from privileged backgrounds often risk their lives pursuing professions that would be commonplace elsewhere on the sub- continent. In the end, there were enough people wanting Qandeel’s head and it all comes to a tragic end in July 2016 when her brother strangles her.

Was she a slut or a feminist icon? If the national outcry over her murder caused Pakistan to tighten the law on honour killings, then she is an icon who dared to question an ethos where 1,100 girls and women were slain in the name of family honour according to the government’s own statistics in 2016; where a young girl, Malala Yousafzai, was shot in the head for wanting an education. Arguably, one of the worst places in the world to be a woman by most measures of health, education and access to earned income, Pakistan ranked second last in the Global Gender Gap Index in 2017 on women’s empowerment.

In this stifling milieu, how did Qandeel Baloch come to represent the clash between a secular, liberal idea of Pakistan and the rigid conservatism that rules its Islamic way of life? We search for clues in the dozens of interviews that thread a narrative that leaves us grappling with profound questions of gender, entitlement, religion, patriarchy, free will and human rights. It takes courage to hold a mirror up to such a society and Maher has done so with poise and deliberation. In doing so, she also forces us to question the growing intolerance on our side of the border where a spurt in honour killings justifies similar changes in the law. Does another Qandeel Baloch have to die to make it happen?