Fear and Freedom in the Divided Kingdom

And the outsider as tragic hero even in victory 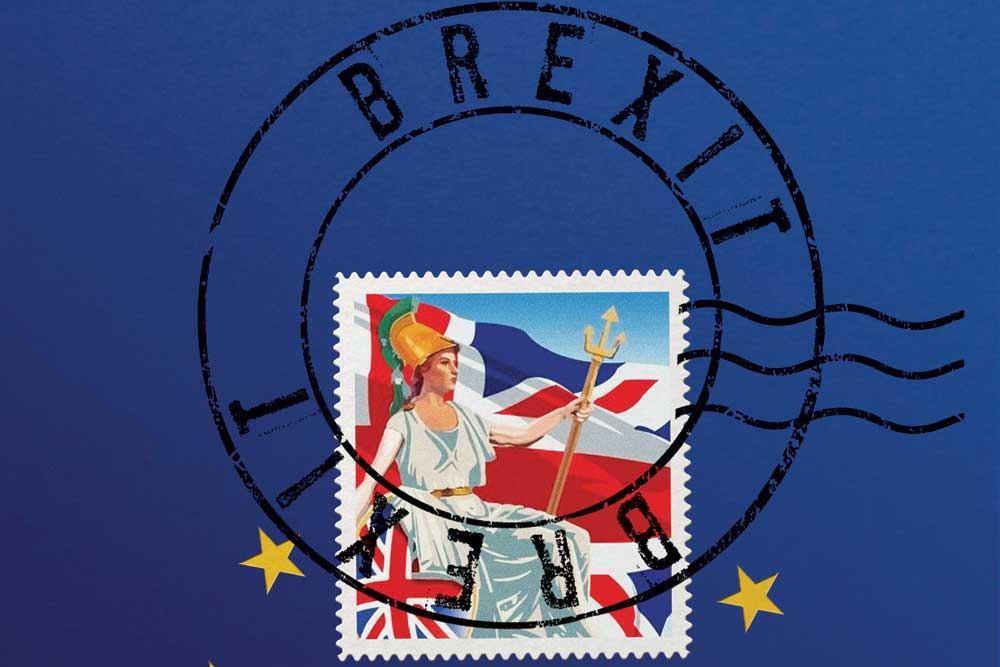 Resentful nations dream in the vivid colours of a lost future. Cosy correctness and cold reasons of the present aggravate their anger; they are caught between the memories of glory and the fear of the day after. In a world defined by the movement of ideas and people, they are appalled by their own stillness—and by an identity corroded by cultural invasion.

Britain on 23 June was such a nation, and it woke up the next morning as a people torn apart—emotionally, politically, demographically, and even geographically, considering the mood in Scotland. The vote for Britain’s exit from the European Union was cathartic nationalism at play, and still, I saw no fireworks over the Thames on the day Britain ‘took control’ of its destiny after a campaign which in its nastiness was more Indian than English. But then I was in the cosmopolitan bubble of London, ‘Remain’ to the core, resentment-proof, away from the disgruntled countryside, which may require another butler-chronicler, different from the one imagined by Ishiguro in The Remains of the Day, to give us a new social narrative.

Maybe this summer in London is too sombre to indulge history, even as it is being remoulded by a new English pastoral.

It all began with the impulse of a conviction politician, the most successful Conservative after Mrs Thatcher, and the one who got the party its first absolute majority in almost twenty-five years. David Cameron was on his way to higher glory when he did what he had promised before his re-election: a referendum on Britain’s EU membership. He kept his word only to discover that, all along, he was presiding over a Britain socially more broken than what he had sloganised as ‘Broken Britain’, that the compassionate conservative had no access to the deepest fears of the island. Perhaps he failed to see the difference between political conviction and moral idealism: If he was such a believer in the benefits of being in the club, then why did he call for a referendum? He could have renegotiated a better deal with the EU and won the argument.

Instead, he ceded the argument to the sorcerors of the discontented kingdom. And the hard sellers of Euro-hell were no different from the harvesters of hate elsewhere. I’m not talking about Boris Johnson, I am talking about Nigel Farage, the UK Independence Party leader who has reduced the quintessential Euroscepticism of the English to a fairy tale of liberation. He is the new freedom fighter, the beer hall messiah of the shirtless. Today, even as the Labour apparatchik Jeremy Corbyn faces imminent ejection in a coup, the party has already lost its traditional social space. Labour is no longer the party of the labour class; Farage is the bestseller in the resentment market.

His hell-is-the-other campaign was an exaggeration, which is what makes extremists, whether on the Left or the Right, the new liberators in politics. They spin horror stories out of home truths, and kitsch, or what Milan Kundera called the ‘aesthetic ideal of totalitarianism’, is the abiding appeal of the new heaven-on-earthers too. The Brexiteers were beneficiaries of a Middle England under the spell of such exaggerators. And the truth, inconvenient as well as incendiary, always lay orphaned outside the comforting certainties of politics-as-usual. The truth about unchecked immigration. The truth about unequal distribution of wealth. The truth about those who could not afford a seat in the Globalisation Express. And the truth about the widening gap between the elite and the underclass. In the age of resentment, democracy does not follow the instincts of the entitled. An English friend, a London-based columnist with the International New York Times, tells me after a Brexit-proof auction of contemporary art where an Anselm Kiefer was sold for £2 million: “I live in two countries, one hollowed out by globalisation, the other enriched by it.” One-nation conservatism urgently needs a new set of arguments.

In England, it was largely an EU-shaped resentment. Euroscepticism as a political sentiment is older than the current generation of Brexiteers, and it was the essential trait of Conservative Brahminhood. In the Brexit campaign, Brussels was an opaque, unaccountable, bloated technocracy, and to a great extent it was true. From the movement of people to the enactment of laws to the terms of trade, the power of the EU was more abiding than its 28 members. The idea of this Union was getting increasingly incompatible with the idea of sovereignty. The world’s biggest economic zone was not, strangely, the world’s most influential political zone. Europe still needed—and needs—others to defuse its own tensions; America and NATO have done more than the EU for peace within Europe. As the chief Conservative Brexiteer Boris Johnson argued, the EU was a noble idea whose time had passed. “There is simply no need, in the 21st century, to be part of a federal system of government based in Brussels that is imitated nowhere else on earth. It was a noble idea for its time; it is no longer right for this country.” The redundancy of the EU is a theme we are likely to hear from countries such as France and the Netherlands in the near future. Europe and the Union are increasingly set apart by the passions of Nation First politics.

ON FRIDAY, IN gloomier central liberal London, I was at a dinner in a Nobel laureate’s flat, and no one talked books, obviously. They talked England and independence, irrational euphoria and the unravelling of the European project, and the laureate himself just listened, but was not really worried. A right- wing author, and a former military intelligence officer who has written extensively on Islam and Iran, told me: “If you can’t reform it (the EU), break it.” A classical Conservative, he thought the power of the EU was a negation of the nation state, which is at the core of a democracy. Brexit brought together the blue-blooded Conservative, the rich and the poor. A politically correct position on migrants or an idealistic version of European brotherhood or the uses of internationalism could not make them abandon their sepia-tinted nationalism.

That said, it was not a vote against the idea of Europe either. It was not a referendum on croissant and Camus, or on renaissance and champagne, as lamented by some Remainer writers. To be European, you do not have to be a member of the European Union. Johnson himself admitted as much: “I cannot stress too much that Britain is part of Europe, and always will be…. The only change—and it will not come in any great rush—is that the UK will extricate itself from the EU’s extraordinary and opaque system of legislation: the vast and growing corpus of law enacted by a European Court of Justice from which there can be no appeal. This will not bring threats, but golden opportunities for this country—to pass laws and set taxes according to the needs of the UK.” And one of those laws will certainly be about curtailing the free flow of immigrants, which may have added to the halo of Chancellor Merkel as Europe’s last Lady of Deliverance, but it has made social fault lines starker in England and elsewhere. As Johnson said in his victory speech, a liberal, inclusive Conservatism alone can neutralise the extremists: “We can control our borders in a way that is not discriminatory but is fair and balanced. And take the wind out of the sails of the extremists and those who would play politics with immigration.”

Have we just heard the next prime minister of the UK? Then his comrade-in-arms Michael Gove changed his mind and entered the Conservative leadership fray—and BoJo, always an original, withdrew. A tragic hero even in victory. When it was Johnson everywhere, booed as well as feted, I went back to his book-length homage (I will not call it a traditional biography) to his idol: The Churchill Factor: How One Man Made History. Churchill, he writes, ‘is the resounding human rebuttal to all Marxist historians who think history is the story of vast and impersonal economic forces’. And then: ‘He believed in the greatness of Britain and her civilising mission, and that led him to say some things that seem quite bonkers today.’ And then: ‘If there is such a thing as the British character (and there probably is, more or less), then it has morphed around the features of Winston Churchill—broadly humorous but occasionally bellicose; irreverent but traditionalist; steadfast but sentimental; rejoicing in language and wordplay of all kinds; keen to a fault on drink and food.’ This can easily qualify as the self-portrait of a Churchillian. Johnson, in effect, has engineered the Conservative revolution of the 21st century— in spite of a spiteful, sneering party establishment. They are now engaged in an ABB (Anyone but Boris) campaign. And they have succeeded. How familiar for an Indian observer.

Outsiders are born in the vortex of resentment, and all of them do not share the vulgarianism of a Donald Trump (see Locomotif, Brexit or Stay, Behold Boris the Ousider, 27 June). The idea of the outsider is made more acceptable by the political aesthetics of the new Churchillian. After democracy’s most direct intervention, isn’t it what Great Britain needs to make the adjective worthier after Independence Day? Sadly, it looks like he is still the outsider. And did he say, ‘Et tu Mike?’