The Last Days of Manan Wani

The new face of ‘resistance’ in Kashmir, killed soon after he fell out with a Hizbul commander and shifted base, may have been radicalised outside the state 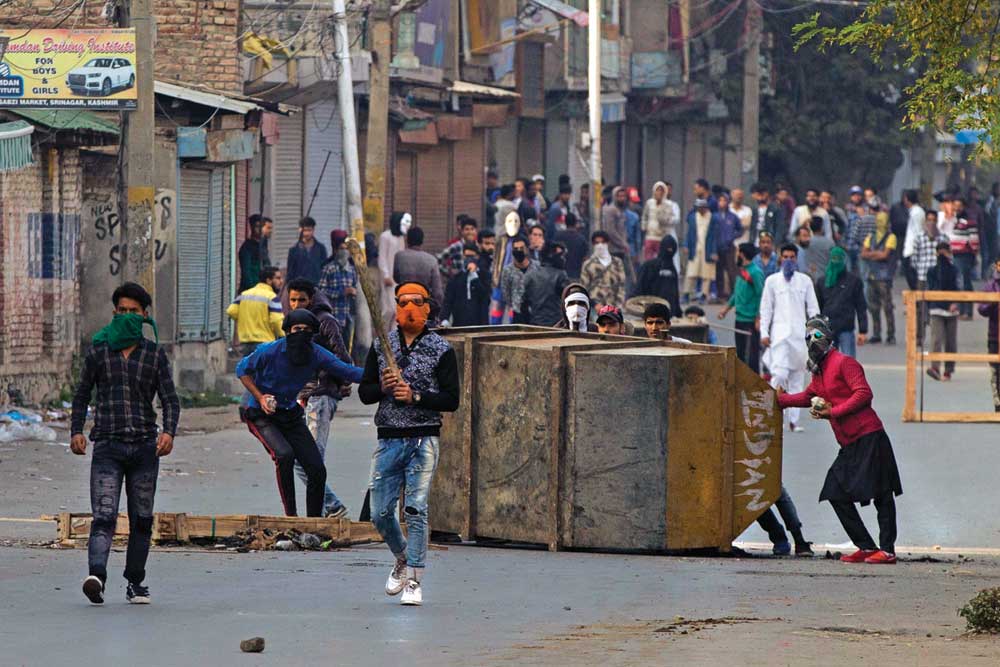 IN THE WEE HOURS of October 11th, the Indian Army’s 30 Rashtriya Rifles and J&K Police’s Special Operations Group began to cordon off Shatgund village in North Kashmir’s Handwara area. The previous evening, a source had tipped the police off on the presence in a particular house of Manan Wani, a 26-year-old PhD scholar turned terrorist whose family lived 40 km away in Tikipora in Kupwara district.

As the police approached the house, they came under fire from inside. After some time, Wani and another terrorist, Aashiq Zargar, a young man recently recruited by Wani, managed to escape. The security forces pursued the duo till a point where the two got trapped under a small bridge between two localities. “We wanted to catch [Wani] alive, so we worked harder than we normally do in such cases,” says a police officer who was part of the operation. The police used pellet guns to injure him so that he could be arrested.

In the meantime, a police party was sent to Tikipora to inform Wani’s father, Bashir Wani, that his son had been trapped. They wanted him to persuade his son to surrender. The security forces have used this strategy successfully several times in the past. But before the father could be brought to the spot, Wani and Zargar opened heavy fire on the forces, who say they had no option but to fire back. At around 9.30 am, both Wani and Zargar were killed.

On what would follow, the police wanted to take no chances. In 2016, after pictures of terrorist commander Burhan Wani’s corpse surfaced on social media, Kashmir spiralled into a long period of unrest. This time, no post-operation picture of Wani was released. His corpse was put into a body bag and handed over to his family. Nobody except his family and local villagers were allowed to attend the burial. “We had clear instructions not to let this episode become another chance of hero worship, which helps terrorists recruit more men,” says another senior police officer.

Since January, Wani had been the new face of ‘resistance’ in Kashmir. He would soon have finished his PhD in applied geology from Aligarh Muslim University in Uttar Pradesh, and this was among the reasons he was considered a valuable asset by the jihadi leadership. Police sources believe Wani had been asked by his handlers in Pakistan to cross the Line of Control before the onset of winter, after which passages get snowbound and crossings are very difficult. “They thought he could become an ideologue in the safety of a terrorist camp, safely inspiring young men to take up arms against the Indian state,” says the first police officer.

Wani had been active in South Kashmir since early 2018 and had been sent to the state’s north only recently. His career in terror was short-lived.

Three days later, on January 7th, Manan Wani’s picture surfaced on social media. There was an under-barrel grenade launcher in his hands; he had joined the terrorist group, Hizbul Mujahideen. It was then that the senior Wani learnt from the police that the last call his son had made was not from Aligarh but Delhi.

Bashir Wani had urged his son to become a civil servant like Shah Faesal, a young Kashmiri who topped the Indian Civil Services Exam in 2009

Just before he joined other terrorists in the orchards of South Kashmir, Wani had got his passport made. His father told reporters that he was keen that his son went to the US to make a life there.

How did a boy who attended the Centre-run Jawahar Navodaya Vidyalaya and was with the National Cadet Corps turn into a terrorist? Police sources say they believe Wani was radicalised outside Kashmir—in either Aligarh or Delhi. Before he left Kashmir in 2011, Wani identified himself as a “true Indian” according to his father. In 2010, as severe unrest led to the death of over 100 civilians in clashes with security forces, Wani was roughed up by the police one day. But it did not change him; it was something many ordinary Kashmiris would experience throughout Kashmir during that phase. As his brother would recount later, Wani even told his family that it was perhaps unwise to venture out in such times of strife. On his part, Bashir Wani had urged his son to study hard and become a civil servant like another young Kashmiri from Kupwara, Shah Faesal, who topped the Indian Civil Services exam in 2009.

It was a blog post written in May 2015 that bore the first signs of how Wani’s thinking had changed. He wrote that the movement had failed and despite the noble intentions of militants, Kashmir had its own collaborators. He named some political families in Kashmir and said that AMU was going to produce the ‘worst type of collaborators in very near future’. In September 2016, Wani presented a research paper among 400 international delegates at a university in Bhopal that won the ‘Best Paper Presentation Award’. A picture taken that day shows him standing behind a podium; in his formal shirt and spectacles, he looks much like the scholar he was studying to be.

In just over a year, Wani had chosen to pick up the gun himself. Afterwards, another article purportedly written by him was released to the media in Kashmir. He chose to target ‘collaborators’ again. ‘Collaborators nowadays are obfuscating facts to justify occupation and oppression while playing with emotions of gullible masses, human rights defenders are turning into business monsters and are making conflict a business by featuring the pain of oppressed, activism is guided and directed from Delhi studios,’ the article read.

POLICE SOURCES WHO have been tracking Wani’s movements in the state’s north say he shifted from the south after he fell out with the Hizbul Mujahideen’s commander there, Riaz Naikoo. “They had serious differences on some issues, particularly on the killing of local cops which Wani was against,” says a source. Ultimately the differences grew so sharp that the jihadi leadership feared one of them might end up killing the other. It is then that Wani was ordered to pack his bags and shift to the northern region.

In North Kashmir, where both the Lashkar-e-Toiba and Jaish-e- Mohammed have a presence, the Hizbul Mujahideen was wiped out in 2017. A senior Hizbul commander called Parvaiz Wani (code named Mubasshir) was killed in an encounter in Sopore last September. The same month, the Hizbul received another blow after one of its oldest surviving commanders, Abdul Qayoom Najar, was killed on the Line of Control in Uri as he tried to make a comeback. According to the police, Najar had been responsible for the deaths of more than 100 civilians. But he exfiltrated to Pakistan after he developed differences with Syed Salahuddin, chief of the Hizbul Mujahideen, over the bombing of mobile towers and the killing of a local Hurriyat leader in Sopore, Sheikh Altaf-ur-Rehma. As Salahuddin and he had struck a compromise, he was being pushed back into the Valley.

With Najar’s killing, the Hizbul’s influence in the Pattan- Baramulla-Tangmarg-Sopore-Handwara belt was gone. According to police sources, this was why Wani had been sent there—to revive militancy.

Wani first went to Bandipore. But he had to get away from there after a group of five terrorists, new infiltrators all, were killed in a gunfight with security forces. From there, Wani shifted to Sopore-Baramulla. But under increased police pressure, he soon had to shift his base to Kupwara. Here, according to sources, he managed to influence about 15 young men to join the Hizbul Mujahideen. One of them was Aashiq Zargar.

But as the police began to come closer, Salahuddin and other Hizbul leaders thought it was best that Wani crossed over to them and worked from there, luring men into militancy.

In the article supposedly by him, Wani wrote: ‘There is no denying that Islam is our motivation and way of life and Islam indeed promises Jannah for fighting against every kind of oppression in whatever means one can.’ This article begins with a quote from the American civil rights leader Malcolm X: “Be peaceful, be courteous, obey the law, respect everyone; but if someone puts his hand on you send him to the cemetery.”

“Well, we followed Malcolm X’s dictum, too,” says one of the police officers involved in the operation that killed Wani. “We respected him enough to give him a chance to surrender. But when he did not obey the law, we sent him to the cemetery.” 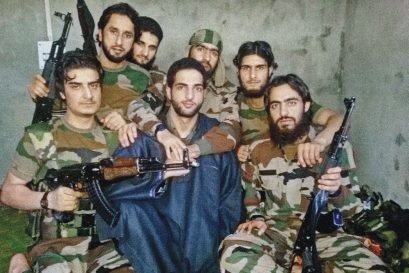 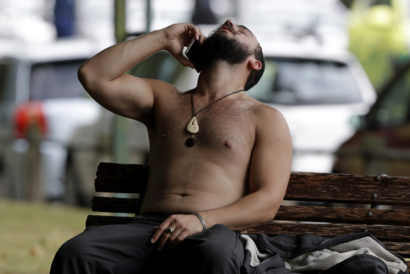 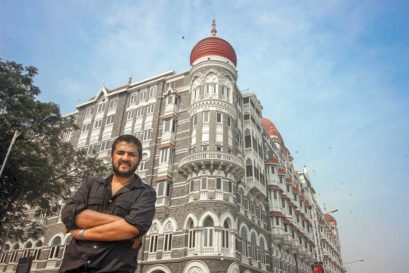