From Bengal to Kerala, the arc of Islamist extremists taking instructions from invisible terrorist operatives 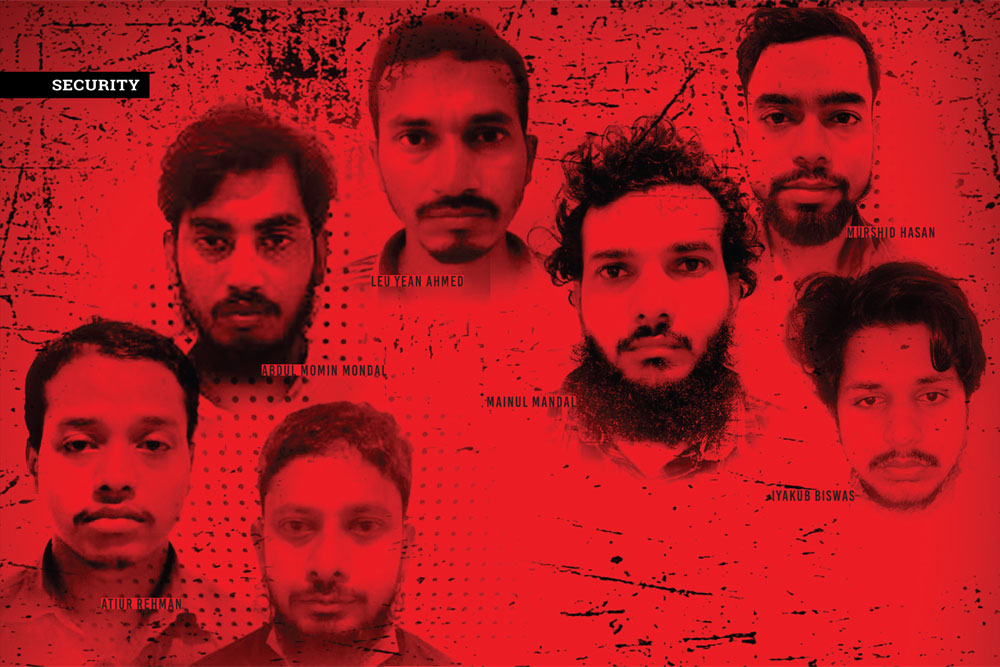 THE NATIONAL INVESTIGATION Agency (NIA) believes that Islamist terrorist organisations active in India want to exploit the sentiment against the Citizenship (Amendment) Act to recruit Muslim youth. This has come to light as the agency filed its chargesheet in the case of the arrest of 11 operatives of Al-Qaeda in the Indian Subcontinent (AQIS), a terrorist organisation working to establish an Islamic state.

The AQIS operatives were arrested in a pre-emptive operation by NIA in September 2020 in West Bengal and Kerala. These arrests were made after intelligence inputs revealed that an AQIS module was planning a terror attack in Delhi. The module, spread over West Bengal, Kerala and Delhi, was led by Murshid Hasan, a resident of Murshidabad district in West Bengal who worked in Ernakulam in Kerala. The agency learnt that Hasan and his confidant Mosaraf Hussain were planning to visit Delhi for procuring weapons from unknown terrorists. According to a senior NIA official, these were to be supplied by an arms supplier from Bihar and included AK-47 rifles and 9mm pistols.

“Murshid was in touch with his handlers in Pakistan and Bangladesh through encrypted chat platforms,” the official told Open.

Murshid and his accomplices organised several meetings in Kerala and West Bengal for recruitment and to establish a markaz (training centre). With the help of his Al-Qaeda handlers in Bangladesh, Murshid established contact with Fakira, a weapons supplier. The operatives were also planning to manufacture weapons illegally in a factory owned by one of their operative’s relatives.

The NIA’s interrogation revealed the module wanted to eliminate those who Murshid thought were critical of Islam. The same modus operandi was used by terrorists of Ansarullah Bangla Team, the Bangladesh chapter of AQIS, to kill bloggers. In 2015, AQIS claimed responsibility for the death of four Bangladeshi bloggers.

In January 2020, Murshid recruited people known to him, including Mosaraf who became his close associate. Murshid has told NIA investigators that he drew inspiration from speeches and videos of Tamim al Adnani, a Bangladesh-based terrorist, and Masood Azhar, the chief of Pakistan-based terrorist organisation Jaish-e-Mohammed.

Mosaraf later recruited his own brother as well. It is Mosaraf, the NIA says, who contacted a number of youth in Assam he thought could join the AQIS module.

According to the NIA, Murshid was supposed to arrive in Delhi on September 12th, 2020 to take the delivery of weapons. For the journey, he asked one of his associates, Al-Mamun Kamal, to drive him to Delhi, since the latter was a driver by profession and was familiar with the routes. It was Kamal who was then supposed to take the consignment to West Bengal. For the weapons, the module had been trying to put together funds for some time.

Murshid had told his friends that some of the funding would be organised by some ‘Kashmiri brothers’, alluding to terrorist groups active in Kashmir.

The formation of AQIS was announced by Al-Qaeda leader Ayman Al-Zawahiri in September 2014. In a video posted online, an Indian national, Asim Umar, was named as its first emir. Umar’s real name was Shaan-ul-Haq and he was born in Sambhal in Uttar Pradesh.

In 1995, Umar had joined the Harkat-ul-Mujahideen, one of the first organisations formed in the 1980s to fight the Russians in Afghanistan. He studied at Karachi’s Jamia Uloom-ul Islamia madarsa, infamous for producing several terrorists in the past. He also went to the Darul Uloom Haqqania in Akora Khattak of Pakistan’s Khyber-Pakhtunwa, a seminary with ties to the Taliban. Umar is believed to have come in touch with Osama bin Laden in Afghanistan.

In June 2013, Umar released a video, addressed to Indian Muslims, in which he laments the “lack of spirit” among them. It was titled, ‘Why is there no storm in your ocean?’

In September 2019, India’s intelligence agencies learnt that Umar had been killed in a US-army raid in Afghanistan’s Helmand province. According to the Afghan spy agency, the National Directorate of Security, Umar was killed along with six other AQIS members, including Zawahiri’s courier Raihan.

Umar, investigators believe, played a vital role in Al-Qaeda’s online propaganda and coordinated with other terrorist organisations to carry out attacks on Indian soil.

AQIS aims to fight governments in the subcontinent, including in India and Bangladesh, and in Myanmar, with an objective of establishing an Islamic state. Previously arrested operatives of the group have revealed that they also wanted to target American assets in the subcontinent.

In December 2015, Delhi Police claimed to have arrested the India head of AQIS, Asif, who they revealed had taken the Union Government’s help in returning from Pakistan on the pretext of losing his passport. He is also from Sambhal and had stayed in training camps in Pakistan.

In June 2017, AQIS released a 20-page document revealing a ‘code of conduct’ for jihadis across the world. Intelligence agencies saw this as an effort to bring together smaller groups with local grievances and to make them focus on the ‘enemy’ near them.

In 2020, a UN report said that AQIS had a significant number of terrorists in Kerala and Karnataka. It also said that AQIS had 150-200 operatives in India, Bangladesh and Myanmar. A US Homeland Security report suggested that after Umar’s death AQIS was only capable of carrying out ‘small-scale regional attacks’.

Nevertheless, AQIS remains a concern for Indian security agencies because it became active in Kashmir as well, through its affiliate Ansar Ghazwat-ul-Hind.

The arrest of AQIS operatives based in Kerala is also significant because Islamist organisations, such as the Base Movement affiliated with Al-Qaeda, have plans of expanding in south India. In 2016, the Base Camp carried out several blasts in court complexes across Tamil Nadu as “retaliation to injustices meted out to Indian Muslims”.

“Even at a small level, these modules are capable of creating disturbances that might be difficult to deal with,” said the NIA official.