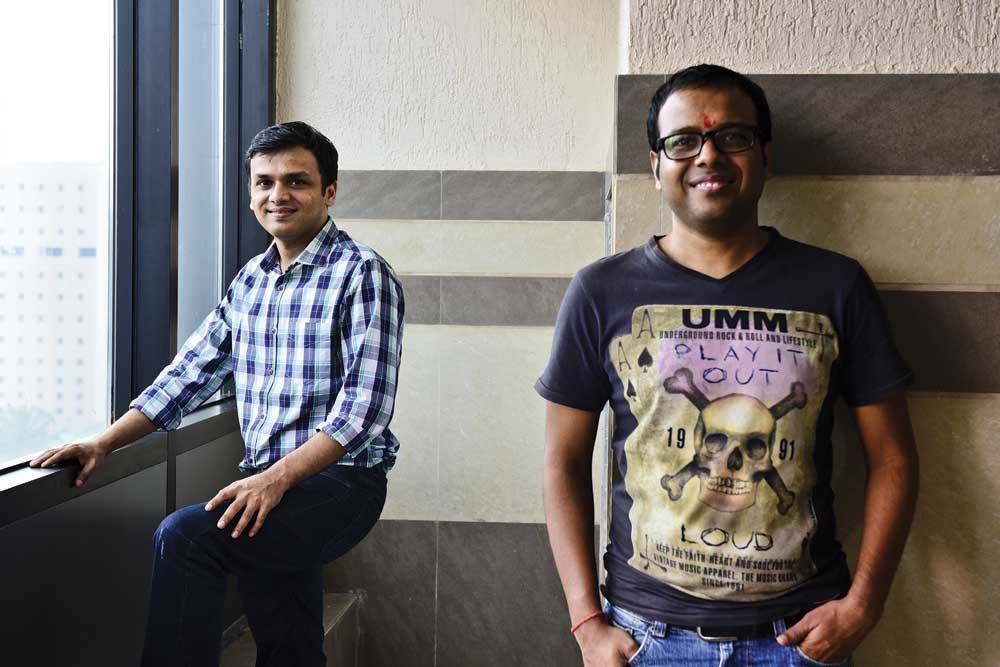 THE DAY AFTER he received his first promotion at consulting firm McKinsey & Co in 2011, Kunal Gandhi, then aged 30, unexpectedly decided to quit. He left his plush apartment and cabin in Brussels, where he was based, and returned to his hometown of Jaipur. He’d been away for a long time, studying at St Xavier’s College, Bombay, IIT Bombay and then IIM Ahmedabad, and he wasn’t sure what exactly he wanted to do next. All he knew for certain was that he wanted to become an entrepreneur.

“It was a ‘now or never’ moment for me. When I was promoted at McKinsey, it suddenly hit me that if I took up the position, I would become entangled in the corporate web forever. It would be too late and I would be too comfortable to quit afterwards and start something on my own,” says Gandhi, who had harboured dreams of having his own company since his engineering days. “It was just something that appealed to me—to be able to create a product of my own.”

In Jaipur, Gandhi teamed up with former IIT Bombay classmate, Gunjan Aggarwal, and they spent a few months bouncing start-up ideas off each other. Gandhi, who had spent some time working on revamping education systems in the Middle East while at McKinsey, was keen to put his previous expertise to use in India. Aggarwal too was eager to work with students, perhaps helping prepare them for what’s expected of graduates in the 21st century job market. But neither wanted to launch just another e-learning website or edutainment channel. Instead, they zeroed in on the education apps market, a sector that’s expected to grow to $2.3 billion globally by 2017 (according to a report by market research firm Ambient Insight). In early 2013, the duo launched Logic Roots, a company that makes board games to teach Mathematics to primary school children.

“I remember when I was growing up, school was so competitive and learning was completely generalised. There was no individual attention or personalisation of any kind. Most times, it was one smart kid who was the focus of all teachers; the rest of us somehow scrambled through on our own,” says Gandhi. A few years ago, when working on the education project in the Middle East, Gandhi had visited Finland to pick up some pointers from their system of learning. What he saw changed his understanding of education completely. Reflecting on that time and how it impacted his business idea, Gandhi says, “Education was activity-based and child-centric. Teachers would tailor the learning progress to suit every child’s ability and pace. It wasn’t like one-shoe-fits-all. It was more like custom- designing a shoe for every student. We felt that was important when he started our journey in the education sector. We didn’t want to list a few generic questions, some animations and cartoons, and think that this is going to teach kids something. It absolutely is not.”

Instead, they came up with 16 different board games, each designed to suit a different age group (from ages one to five) and tackle a different skill set—all centered around Math. “When you think of what employers demand today, it’s problem-solving above everything else. And Math is the root of all logic. It teaches you how to rationally solve and tackle different issues,” says Gandhi. But when they went to conduct field research on the subject in late 2012, they were shocked to discover that most kids didn’t want to learn Math or play games related to it. They flat out hated the subject. “Kids associated words like ‘dull’, ‘dead’, ‘dreary’, ‘boring’, ‘pointless’ and ‘difficult’ with Mathematics. And who could blame them, given the mechanical and plastic way in which Math was taught in most schools? It was never made interesting or fun, and it hardly ever made it to family living rooms,” adds Gandhi.

The two were convinced that constructing family time and bonding around Math was key to making the subject both more fun and memorable. All their board games, like Monster Sock Factory (where players have to package and dispatch the correct number of socks for monsters), Pet Me (an animal adoption and feeding game which helps kids learn basic division), Frogyy Fractions (which teaches fractions through cards), Say Cheese (a tournament called International Cheese Clash where kids have to recite multiplication tables in order to find a Cheese Fact and win the game), and so on, invite parents to be a part of the learning process. They also promise 20 times more practice at Math than classroom learning.

The idea of making it a family exercise was an overnight success. The company claims its sales have been growing by a quarter of the topline every month and its games now feature as bestsellers on both Amazon and Flipkart. Last year, the start-up raised Rs 2.5 crore in a fund-raising round led by angel investment firm ah!- Angels (Calcutta Angels and 91SpringBoard were also present).

Logic Roots’ games are also available on the Apple and Android app store, through which the company is able to reach customers in the US, UK and Canada. It plans to expand to Australia soon. “We’ve seen over 20,000-30,000 downloads in the last year alone. The apps are doing as well as the physical games,” says Gandhi. The board games are priced between Rs 500 and Rs 600 a set, while the apps can be downloaded for Rs 300 to Rs 900 each with a monthly subscription fee of Rs 1,200. The company has also tied up with 21 schools that use its products in their curriculum and is working on partnerships with NGOs and educational foundations to reach out further.

FOR AKANKSHA KAPOOR, a six-year-old student of Delhi Public School, the best part about learning with Logic Roots is the bright colours she encounters. Moreover, it’s so much fun. “I love Say Cheese because the rats are very cute and the game is easy to understand,” she says. Several other kids share this opinion. “Which child did not love to playLudo, Monopoly, Snakes and Ladders? We all have memories of that game because it was so much fun. Yet, we never understood that we were learning important lessons about team play, number addition and learning to lose [with grace]. We enjoyed these lessons because they were never forced upon us, we learned them naturally,” says Shalini Banerjee, a teacher at Bluebells School in Delhi. “Children just respond well to anything which isn’t one-sided and comes with a storyline. That’s why Sesame Street learning and Teletubby edutainment shows did so well—because they made English, Math and Science into a cartoon show. Take that one step further by involving the child and parents with the game itself, and it’s a winner,” she adds.

But staying a top player in this incipient market may not be easy for Logic Roots. Educational games are coming in from overseas and the Jaipur-based firm already faces competition from Leapfrog and IXL, apart from Meritnation.com. They may not have the same products, but their essential mantra is the same—activity-based, interactive, personalised learning. “I think our USP is the fact that we are a niche product, focusing on a core subject and the various skills needed to love and excel at that subject,” says Gandhi, adding that the company would not be going digital any time soon. “We want to stick to physical games [mainly], even though we believe in the power of digital. Unfortunately, internet education isn’t as well developed in India yet. And kids often find e-learning to be monotonous and boring, especially because they are left to their own devices. Parents rarely get involved with online education portals because they are not required to,” says Gandhi.

Logic Roots currently has offices in Jaipur and Mumbai and a team of 34 employees. And Gandhi couldn’t be happier—reinventing how kids learn and practice Math has been both professionally and personally fulfilling for him. “The hardest part of starting out on your own is to convince everyone,” he says, “You start with yourself, then your parents, then investors, then distributors and finally buyers. It’s a gruelling, sometimes emotionally and physically draining process because you are constantly questioned. This is when I realised that money can never be the motivation for becoming an entrepreneur. You need to have a different drive to keep you going. Else, you’ll give up the minute you hit the first roadblock, and believe me there will be many.” What kind of barriers? “Anything. From renting an office space to finding a warehouse, hiring your first employee to budgeting your first product, contracting a manufacturer to working out a profitable deal with a retailer—and these aren’t even related to the actual product and company. It’s tough work turning an idea in your head, a handful of thoughts, into a sustainable reality. Turning an idea into reality is possible. Turning it into a sustainable reality is much harder”

Despite the challenges and the tiny nagging fear that things might not work out, Gandhi remains an advocate of entrepreneurship, saying that there are few things better than knowing you haven’t just created something worthwhile but also helped the economy by providing jobs. “It’s a rewarding and satisfying feeling to go from job-seeker to job-generator. You also feel a sense of satisfaction to know you’re promoting entrepreneurship. And proving that anything is possible if you really set your mind to it.” And that’s not all. “I think one of the best moments was when we gave our games to children who have a learning disorder. And we saw them go from being back benchers to engaged students who were excited at the prospect of learning. Math became a part of their life because they’d go home and play our games with their family and friends. That’s when we knew we were on the right track.” 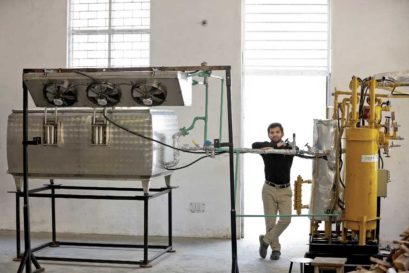