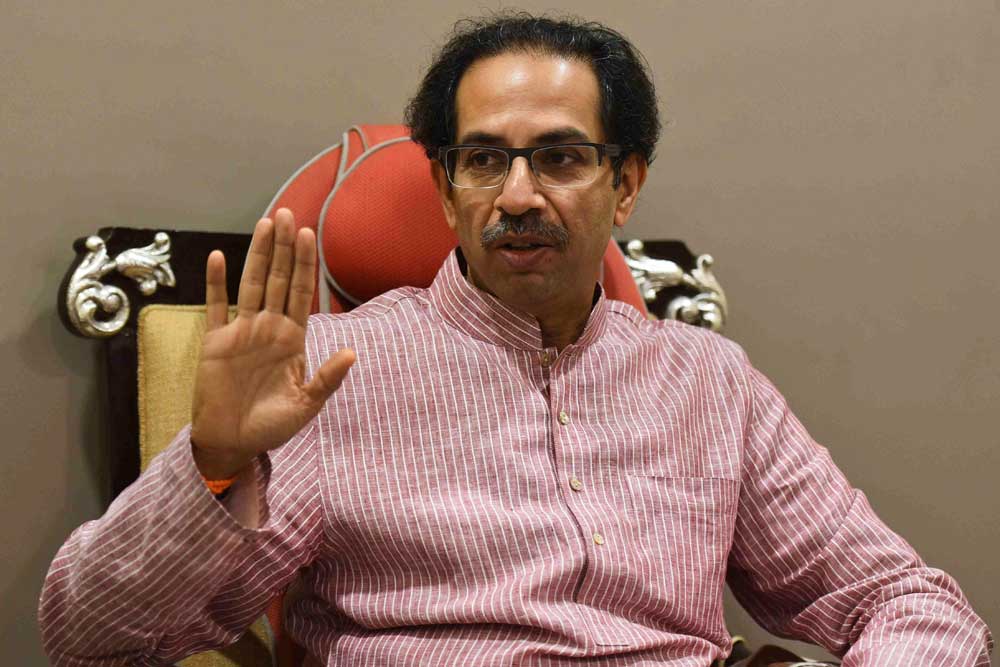 With allies like these, who needs enemies—Maharashtra Chief Minister Devendra Fadnavis has for some time been living with this dictum. The Shiv Sena is his partner in the BJP-led government but has been a bigger opposition than the Opposition. This was once again evident when BJP President Amit Shah came to Mumbai to solicit the support of Shiv Sena leader Uddhav Thackeray for the NDA’s Presidential nominee.

The Shiv Sena’s 25,000 votes (valuation for these polls) are considered important to the election of the candidate. At the meeting, Shah was assured of support. But 48 hours after that meeting when the BJP announced Ram Nath Kovind as its nominee, addressing a meeting of party workers, a miffed Thackeray said he was not consulted on the candidate. “This is vote bank politics. The BJP has given a Dalit candidate as they want to appease the Dalits. The Shiv Sena will announce its decision soon,” he told the gathering. He also challenged the BJP to go in for mid-term polls in Maharashtra.

The BJP is said to be taking the option seriously with Amit Shah reportedly telling his party’s state members to be prepared for the eventuality. According to BJP spokesman Madhav Bhandari, the Shiv Sena knows it is not an easy task to pull down the government. “We are ready to face mid-term polls. We will win many more seats than what we did in 2014,” said Fadnavis to the media. He had been prepared for a stormy relationship with the Sena after they came to power three years ago following a public spat in which the BJP took on the senior status in the relationship. The Sena still nurses the bitterness of having to give up the chief ministerial chair, and the Mumbai-based party has been a more vocal critic of the state government than the Congress or Nationalist Congress Party. Such is the animosity that Thackeray—who was on a holiday in London—ordered his ministers to boycott an important meeting of the state cabinet on the farm loan waiver issue. The Sena claimed they were not kept in the loop about the plan and Thackeray came out against the policy as a half measure and declared he would tour the state and meet farmer families hit by suicides.

Fadnavis is the main enemy for his party’s ally, which especially likes to take aim at schemes which he is personally vested in, like the 700-km Samruddhi super highway between Mumbai and Nagpur via Aurangabad. Following news reports in a popular Marathi daily on corruption in the project’s land acquisition process, farmers in Phuntamba, a small village in Nashik, who had had to give up land, rose in protest. They termed compensation inadequate and wanted their land back. And then farmers in Nashik and other parts announced that they would go on strike and the movement snowballed into a ransom for farm loan waivers. Phuntamba farmers blocked highways and disrupted supplies to Mumbai and Pune. They emptied gallons of milk from milk tankers onto roads and poured it off bridges. They strew vegetables onto busy roads or threw their produce into ditches. These actions received vocal support from the Shiv Sena.

Another ambitious project of the Chief Minister, the Jalyukt Shivar, aimed at irrigating huge tracts of land across the state, was also criticised by the Shiv Sena. “The Shiv Sena and the BJP are two different parties and have different ideologies. If we are opposed to something we will voice it,” says Dr Neelam Gorhe, member of the Legislative Council in Maharashtra and spokesperson of the Shiv Sena. “The Shiv Sena does not have the guts to walk out of the government,” says BJP Mumbai unit chief Ashish Shelar. The redevelopment of BDD Chawls, located in the prime area of Central Mumbai, is another bone of contention between the allies. The Shiv Sena wants a say in the project but has been sidelined because the Urban Development Department is held by the Chief Minister. A proposed car shed of the Metro Rail at Aarey Colony—one of the last green lungs of Mumbai—and a proposed Mumbai-Ahmedabad bullet train terminus at the Bandra-Kurla Complex too were criticised by the Shiv Sena. Shelar questions the continuance of the Shiv Sena in the government. “Why does a party with so many problems with us continue to be in the government?” he asked.

“The failures of this government are louder than their actions,” says Ashok Chavan, state unit chief of the Congress. “Demonetisation has hit farmers hard and they are getting further debt ridden. The government has to now look at fulfilling the promises made to the people.”

For now, the BJP can rest easy but the party will have to look for 23 more MLAs to get a legislative majority in case the Shiv Sena decides to quit the government. Now, with 122 of their own MLAs and the support of 10 independents and others, the state government has 132 on its side, with only 13 needed for the halfway mark. The Shiv Sena has 63, Congress 42, NCP 41 and MIM 2 MLAs. The BJP will have to lure 13 MLAs from the Congress or NCP. Alternatively, it can run a minority government with the external support of another party. With the Shiv Sena threatening some sort of a ‘political earthquake’ in July in Maharashtra, Fadnavis is busy trying to shore up his numbers.