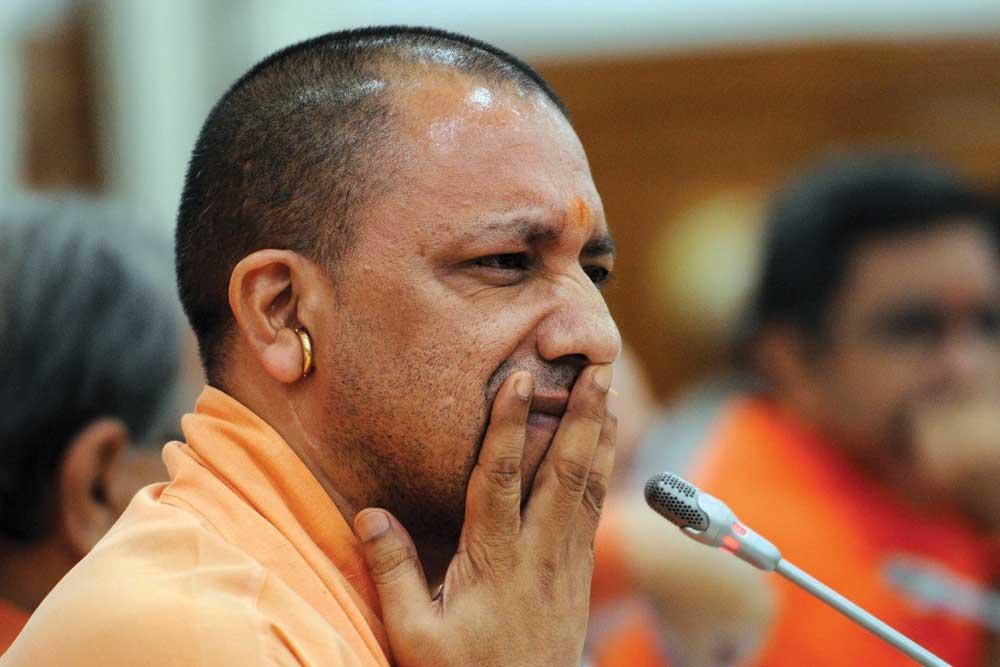 Do a word cloud of Yogi Adityanath’s speeches and, at the centre in big fonts, would be ‘biryani’, ‘Congress’, ‘bullets’ and ‘terrorists’. Naturally, the universe didn’t recoil in shock on Sunday when, beginning his poll campaign for the Lok Sabha elections with a rally in Saharanpur, he said that the Congress fed terrorists biryani while the Bharatiya Janata Party-led Government replaced the menu with bullets. It was not his first time. Last year, on November 26th during a rally in Rajasthan as the state went to polls, this line was heard. A week later in December in Hyderabad, he repeated it.

The only problem: it isn’t true. Obviously, he might argue, the line is an oratorical flourish in which an act by a government agency has been extrapolated to make the party in power at the time responsible for it. The biryani allusion is to Ajmal Kasab, the only living man caught from the group that launched the Mumbai terror attack on November 26th, 2008. The Congress was in power then and news made the rounds as Kasab was being tried that he asked for biryani. Like this PTI report of August 6th, 2009: ‘Jail authorities on Thursday complained to a special court that prime accused in 26/11 terror attack case Mohammed Ajmal Kasab has refused to eat food and thrown away utensils in his cell saying that he wants to have ‘mutton biryani’. The judge ML Tahaliyani reprimanded Kasab for his rude behaviour and warned him to behave himself or else face stringent action.’

Note that, as per the report, Kasab only made a demand which was not granted. It would be difficult to explain how the Congress can be responsible for the wants of Kasab. And hence the deliberate vagueness in ‘Congress served them biryani’. There is however a further twist in the tale. In 2015, Ujjwal Nikam, the special prosecutor, who successfully got the conviction that led to the terrorist’s hanging, talking to reporters during an event on counter-terrorism, said that the entire biryani was cooked up out of thin air by him. Another PTI report quoted him then: ‘One day, in the court room, he bowed his head and wiped his eyes. Moments later, electronic media broke the news—tears in Kasab’s eyes. It was Rakshabandhan that day, and panel discussions were started in the media on it. Some guessed Kasab got emotional in memory of his sister and some even went on to question whether he was a terrorist or not. This kind of emotional wave and atmosphere was needed to be stopped. So, after that, I gave a statement to the media saying Kasab has demanded mutton biryani in the jail… the truth is that Kasab neither asked for biryani nor it was served.’

A day after the Saharanpur rally, on Monday, he used the line again. The universe didn’t recoil then either. You can make easy money by betting that over the course of this election and right up to the next Uttar Pradesh Assembly polls, the biryani isn’t going anywhere from his vicinity.