Written off two months ago, he has again emerged as Maharashtra’s most powerful politician 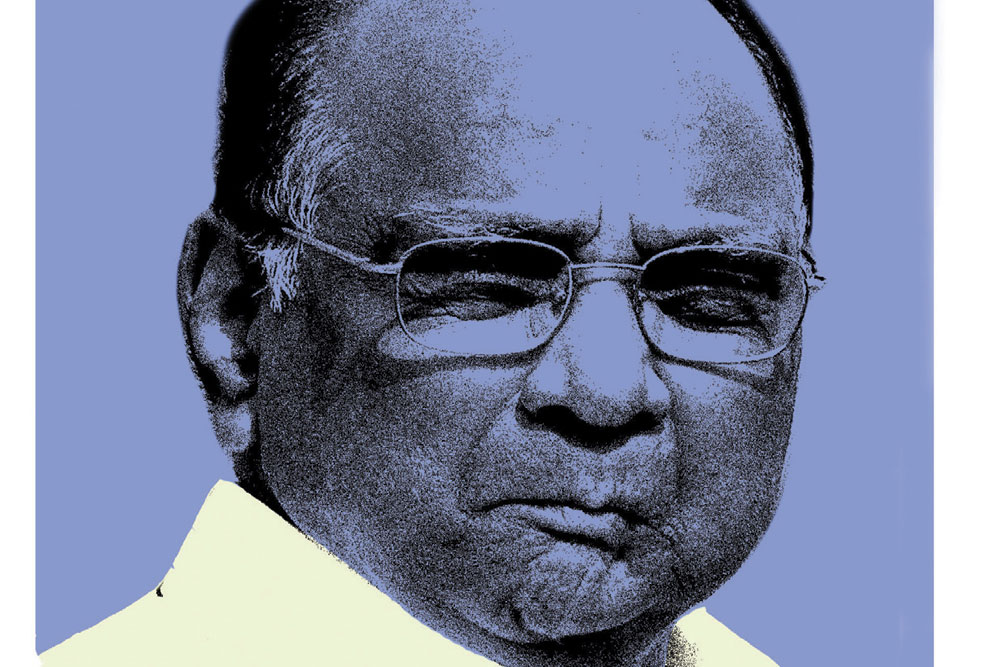 
OF THE MANY things coming back to bite Devendra Fadnavis is a quote he once gave to the media saying that the era of the Sharad Pawar way of politics is over in Maharashtra. As events have demonstrated, things couldn’t be further from the truth. Consider how Pawar had been perceived even a few weeks before the state went to the polls. His Nationalist Congress Party (NCP) was thought to be floundering with a large number of defections, including key leaders, to the Bharatiya Janata Party (BJP). And no one had a clue about Fadnavis’ inside track with Ajit Pawar. The BJP had done the unthinkable by openly putting Pawar’s name to a corruption case even though whispers about his enormous wealth have chased him throughout his life. But here we stand now: with the NCP having got just 20 per cent of the total Assembly seats and half of the BJP’s, Pawar is the absolute master of this government. The late Bal Thackeray, founder of the Shiv Sena, used to boast that he was the remote control of the Chief Minister, Manohar Joshi, when they came to power in 1995. But Joshi was his own party member while Pawar, the Chief Minister who had been defeated by them then, is now the remote control of both the Sena and the government it leads.

And wasn’t the Pawar-politics that Fadnavis found had passed its expiry date nothing but politics itself in India? The pursuit of power through the marshalling of resources and networks, accompanied by a certain degree of amorality (the NCP remains the home of last resort for political scoundrels of every sort). But this picture is complicated by a competent exercise of that power and flashes of virtuosity. A feature of Pawar’s politics is to be progressive when possible but never be idealistic in its pursuit. When he first became Chief Minister at the age of 38, Pawar got into trouble by renaming Marathwada University to Babasaheb Ambedkar University, a much needed symbolic move for Dalits. But violent agitation by the politically powerful Maratha community forced him to retract it. But he didn’t forget. Subsequent chief ministers didn’t touch the issue but, in 1993 as Chief Minister again, he managed to rename it as Babasaheb Ambedkar Marathwada University, a compromise that still got the ends achieved.

His administrative acumen is unquestionable. When Mumbai reeled under riots after the Babri Masjid demolition, he returned as Chief Minister and brought order within days and it remained so, even when the serial bomb blasts followed. It was possible because he intimately knows the lay of the land, the fissures and all the participants in the state’s public life. And this is knowledge and connections gathered meticulously since his college days when, even before he was affiliated to any political party, he was successfully controlling students’ unions in colleges across Pune. It was his promise as a politician that was spotted by the Congress’ foremost leader at the time, YB Chavan, who coopted him in his coterie. When Chavan first gave Pawar the ticket to contest for the Assembly in Baramati in 1966 it was resisted by local Congress office bearers, many of whom resigned, and put up a powerful independent against him. Pawar won, getting 35,000 votes, almost double of the candidate who trailed him. Since then, he hasn’t lost a single election from Baramati and anyone who goes to the constituency can see why in the enormous development of a region that used to be drought and poverty-stricken.

Is this victory the last roll of the dice for Pawar? He is 79 and has already stated that he won’t contest any more elections. But there are a few curiosities to the arrangement he has brought into being. Why didn’t he take 2.5 years of chief ministership for his party which Uddhav Thackeray would have easily given to seal the arrangement? Why was he so extraordinarily generous to the Sena given that he was the sole force who got the Congress on board and stitched the alliance? One could construe it as him putting the BJP in its place after their repeated assaults on his family and party. On the other hand, he might have a plan that will unfold at a time of his choosing. Remember, this was the same man who gave unconditional support to the BJP five years ago after the 2014 Assembly elections and emasculated the Sena’s position leading to its fissure with the BJP. Something set in motion then led to him easily coopting the Sena now against the BJP. The Pawar way of politics is to bide its time for an end only evident to him.