In rejecting the petition to remove the Chief Justice of India, Vice President Venkaiah Naidu has helped fortify the independence of the higher judiciary 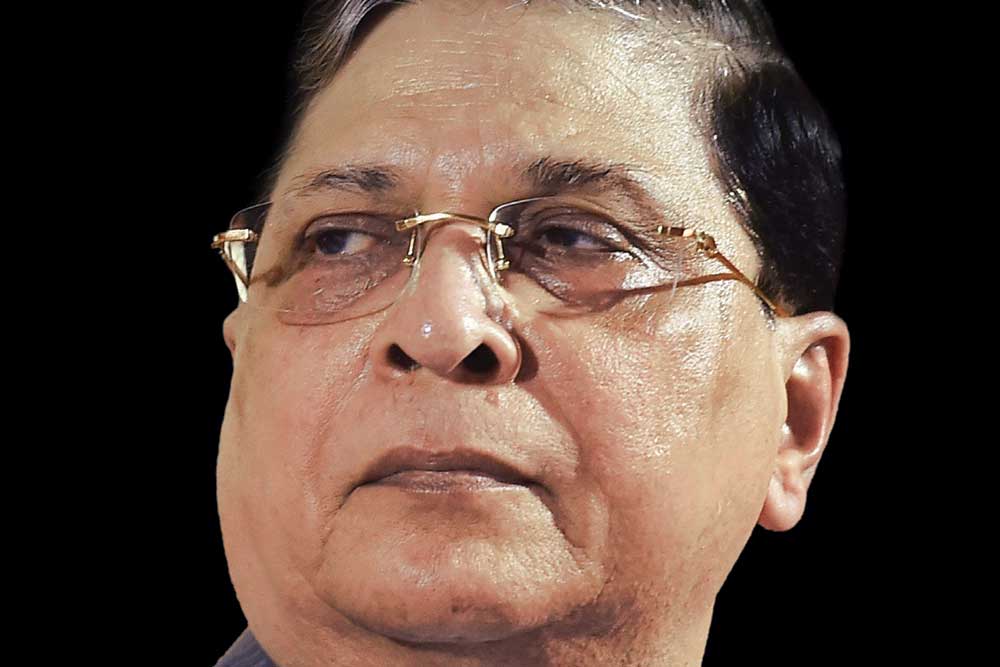 SINCE JANUARY THIS year, Delhi has been rife with speculation that the Chief Justice of India (CJI), Dipak Misra, was likely to face a motion for his removal in Parliament. After much dilly-dallying, a divided opposition and an equally divided Congress party filed the petition before the Chairman of the Rajya Sabha, Vice President Venkaiah Naidu, on April 20th. Four days later, Naidu dismissed the petition saying that he was of the ‘firm opinion that the Notice of Motion does not deserve to be admitted’.

In the days since, a furious controversy has broken out with a campaign-like attack on the CJI and high-pitched criticism of the Vice President without any consideration of the fact that the two are Constitutional functionaries. The foul atmosphere is reminiscent of the 1970s, when attacks on independent institutions nearly derailed democracy in India. The danger this time is that it is not just one institution against another, or one wing of the state against another, but one of a key independent institution falling to political machinations. But Naidu’s action was as well considered as it was swift, and it nipped in the bud any further possibility of weakening the judiciary.

In his ten-page order, Naidu noted that ‘On careful analysis and reflection, I find that there is virtually no concrete verifiable imputation. Either the allegations are within the judicial domain and concern the internal judicial processes or there are unsubstantiated surmises and conjectures which hardly merit or necessitate further investigation.’ The petition had used expressions such as ‘may have been’, ‘likely’ and ‘appears’ to describe allegations of wrongdoing against the CJI. Never before in Independent India’s history has such a loosely worded petition been seen for a motion to remove a chief justice.

Naidu’s order was criticised even before the ink had dried on the paper it was penned on. Much of it was partisan bickering. Even if one ignores uninformed claims, such as the one that Naidu acted in ‘haste’, there is no substantive argument against the order passed on April 23rd. One, critics have not taken into account the historical use of the power to dismiss such petitions; and two, there has been a plain misreading of the relevant Constitutional and legislative provisions that empower the Vice President to do so. The final point is about belief in institutional integrity and the dangerous trend of pitting one institution against another for political reasons.

The Judges (Inquiry) Act only came into being in 1968, 18 years after the original Constitution was adopted in 1950. In those years, the only guide for presiding officers of the Lok Sabha and the Rajya Sabha was Article 124(4) , which listed conditions for removing judges. It did not prescribe any process to remove them. Article 124(5) provides that Parliament may pass a law to regulate the procedure for removal. But in those 18 years, no such law was enacted. The requirement that a petition for the removal of a judge have the signatures of 100 members of the Lok Sabha (50 in case of the Rajya Sabha) was brought in by the 1968 Act. In the period before that, there were cases of petitions being moved to remove judges. Elements of the Act had first been informally put into practice by presiding officers of the two Houses. These included extensive consultations with parliamentarians, scrutiny of the material backing the allegations made against the judges before any further steps were taken, and consulting judges of the Supreme Court. None of these actions, which are documented in the cases of the time, was ever contested or taken to a judicial forum for review.

What the Congress party did in the days before and after Vice President Naidu passed his order was to put a novel spin on the matter. Spokespersons of the party and lawyers who are in favour of impeaching Justice Misra claim that all the Vice President can do is check and ensure that the petition is in order in terms of the number of signatures of MPs required and the authenticity of those. Once that is done, he has no business going into the details of the charges made in the petition. That, they claim, is something for a three-member inquiry committee to examine.

Not everyone agrees. Soli Sorabjee, a former attorney general and a noted jurist, tells Open:“[The Vice President] has to appraise the motion. He has to apply his mind. There is nothing wrong with the [Vice President’s rejection] order.”

This is clear from a reading of Section 3 of The Judges Inquiry Act, which states that ‘the Speaker or, as the case may be, the Chairman may, after consulting such persons, if any, as he thinks fit and after considering such materials, if any, as may be available to him, either admit the motion or refuse to admit the same’. Vice President Naidu did exactly this, as he states in his order.

Here, again, Sorabjee agrees with the order, saying, “Removing a judge is a very serious matter and you cannot remove [the Chief Justice] on the basis of weak evidence. The Vice President was right to examine the material brought to him.”

The real issue in the controversy is political and institutional. Congress spokespersons took care to say there was nothing political in pushing for the removal of Chief Justice Misra. It was clear to movers of the petition that there was no chance of the CJI’s ouster as the opposition did not have sufficient strength in Parliament for it. The argument offered for persisting with the move was that highlighting the CJI’s ‘wrong actions’ was essential to ensure probity in the judiciary. This was a weak rationale to start with. Even within the Congress, there were powerful voices that did not agree with the step. Former Prime Minister Manmohan Singh did not sign the petition. Other leaders like former law ministers Ashwani Kumar and Salman Khurshid did not favour the move.

What really showed the move as partisan was the absence of support from key parties that often support the Congress party, such as the DMK, Trinamool Congress and the Biju Janata Dal (BJD). In a TV interview on April 24th, West Bengal Chief Minister Mamata Banerjee said the move was ill-advised and that she had advised the Congress leadership not to go for it. She also pointed out that the opposition did not have the requisite numbers in Parliament to have the motion accepted.

After the petition’s dismissal, there has been speculation that Naidu’s order may be challenged in the Supreme Court. That will be an unprecedented step: It has never happened before in India’s history that the apex court has been asked to strike down an order that dismissed a petition seeking its own chief’s removal. If this happens, it will be nothing but ‘forum hopping’ on the Congress’ part to get what it wants. In matters of ousting judges of the higher judiciary, case law and judicial precedents offer little to go by. The Vice President cited the case of M Krishna Swami vs Union of India (1993) where the court laid down what needs to be done before such a petition can proceed to the next stage. Those in favour of impeaching the CJI have cited this very case to make their point that the scrutiny of charges against Justice Misra was to be carried out by the inquiry committee and not the Vice President.

THIS IS ANOTHER instance of how institutions are hollowed out. Given that the scope for judicial review of a particular class of actions in the legislature is very limited, appealing the decision is dangerous. For one, it will reduce the office of the Vice President in this matter to nothing more than a ‘post office’, which is exactly what the petitioners want. For another, judicial review is a remedy that ought to be used sparingly and that too in complicated situations where clarity is needed for drawing institutional boundaries. In this case, none of those conditions applies. If anything, the attempt is to pit the office of the Vice President against the judiciary in what is clearly a partisan battle. The claim that Chief Justice Misra’s removal will strengthen the judiciary and save it from the executive’s clutches is unconvincing.

The situation now is eerily similar to what prevailed back in the 1970s. Then, as now, the Congress party did not like a judgment of the Supreme Court—the Keshavananda Bharati case—and three senior judges of the court were overlooked and superseded in selecting the CJI. That was merely for the reason that they voted along with the majority of the court, and not for a breakdown of judicial discipline or any other misdemeanour. In the current instance, after the petition was filed in the Rajya Sabha, Congress spokespersons were quick to contend that the rejection of an appeal for a probe into the death of judge BH Loya had nothing to do with their petition. Factually, this is correct, but it is no secret that the Loya decision was not to the party’s liking. Justice Misra is hearing a number of politically sensitive cases, like the Ram Temple issue for example. The petition for his removal and the petitioners’ reactions after its dismissal convey a rather different—highly political—message, despite Congress protestations to the contrary.