The Ascetic versus the Urbane and the Swing Vote of Gods 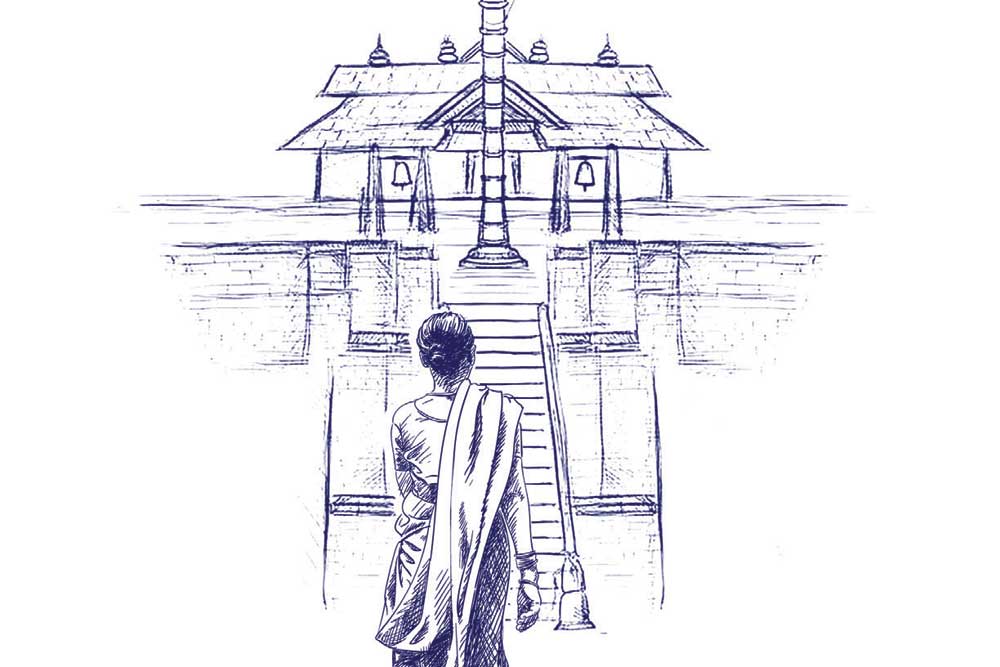 IT’S the curse of the metaphor, as if the copywriter’s imagination has invited divine retribution. In Thiruvananthapuram, the billboard poetry of God’s Own Country has spawned so many puns and parodies in defence of the desecrated deity. One reads: Daivathinte naattil daivathine konnavar. Translation: God slayers in God’s own country. Another: Mandalam ethayyalum mandapam marakkaruthu. Translation: No matter whichever is your constituency, don’t forget the mandap. The missing word, though, is Sabarimala, a word that’s unuttered on the stump and unwritten on the poster is the overwhelming presence, a silent invocation, a private fear. Lord Ayyappan has become the swing god in the Kerala contest.

GODS, distant and near, have always concentrated the political mind of the Malayali. More than sixty years ago, when heaven-on-earth was at its hellish peak elsewhere in the world, Kerala, in a historic endorsement to someone else’s revolution, gave it electoral sanctity. The God never failed Kerala communism, and vice versa, courtesy the comrade’s ability to localise the last ghost story of ideology, even after the exorcisms in Bengal and Tripura. Paradoxically, but understandably, the communists in Kerala were sustained by the believers, the god-fearing Hindu middle class among them. Chief Minister Pinarayi Vijayan, the no-nonsense strongman, the man who initially aspired to be the redeemer-reformer of Kerala, failed the God of the believers who stood by him. The joke was that in Kerala, where the Muslims and the Christians enjoyed disproportionate clout within the Congress-led front, the CPM was the last Hindu party left. Vijayan failed the God that had favoured him. In post-Sabarimala Kerala, it’s not a referendum on Modi, as it’s everywhere else in India. It’s a referendum on the God-slayer.

AYYAPPA, the celibate boy-god of Sabarimala, has had his share of anthropological as well as socio-political studies by feminists, gender militants, scholars and journalists, and some of which appeared in this magazine too. No god in Kerala has divided— and mobilised—the Malayali mind as much as Ayyappa did after the Supreme Court judgment on women’s entry at Sabarimala. It was a judgment that set faith against reason, equality against sanctity— and most decisively—Vijayan against the believing Hindus. True, the chief minister has the constitutional responsibility to respect the judgment. For the aggrieved believer, the watchman became the transgressor. He became the convenient social reformer, constructed a collapsible female wall, and, as the believers’ allegation goes, helped professional gender activists sneak into the temple—just to prove a silly point: In Kerala, there is only one God, cheerless and vengeful. Looks like the state is fast losing faith in him.

SABARIMALA has given birth to a new street, a counter-street, in Kerala’s hoary history of resistance. The freedom street, historically, belonged to the so-called progressives, invariably the aficionados of the ghost story. Post-Sabarimala, a new street erupted, a rejoinder by the intimate sensitivity of the ‘traditional’ woman believer to the intellectual sensibility of the ‘modern’ woman activist. Every temple, every god, tells the story of a little tradition, and it’s this multiplicity of little traditions that makes Hinduism a story no one single Book can contain. Vijayan refused to be humble enough to respect the little story of Sabarimala. In an old article from the weekly Malayalam the filmmaker Adoor Gopalakrishnan has made me read, the author CR Parameswaran writes: ‘Through Sabarimala, Pinarayi Vijayan has made all the ‘progressives’ in Kerala the foot soldiers of his Stalinist army.’ Bombard the sanctum sanctorum, and the foot soldier with incompatible sacred bundle on her head did exactly that. Is tradition set to storm the polling booth now? A young left-leaning writer, one of the smartest in Malayalam, tells me, “I fear even my wife will vote for BJP.” 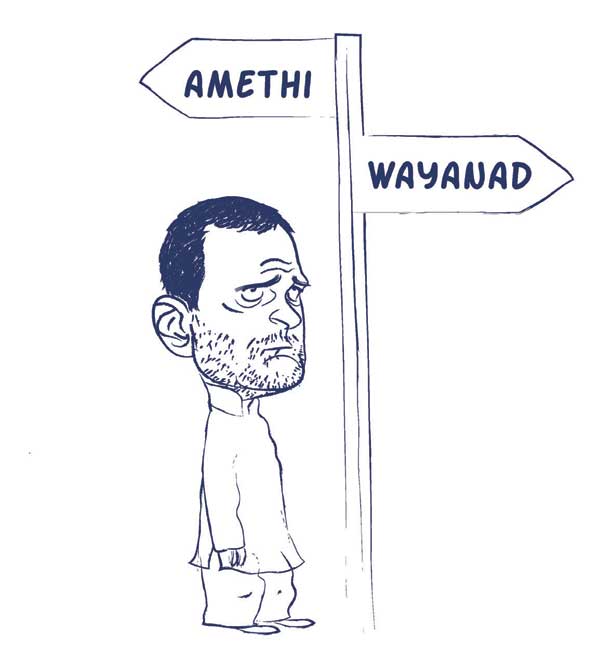 ONE late night in Thiruvananthapuram, as I wait for the BJP candidate Kummanam Rajashekharan in his party office, I find myself chatting with a Malayali RSS thinker from Delhi. Excerpts: “Pity, Vijayan doesn’t act like a chief minister. He behaves as if he is a party leader. He has only contempt towards the believers. They are being mentally tortured. He has no human sentiment. The old ideological purity of Kerala communists has gone. Today it’s a murderous marketing enterprise. 2019 could be Kerala’s tipping point after 1957. It’s the beginning of the end of Communism in Kerala. We will make sure it happens. We will win. At any cost.” Vijayan is unfazed, say those who know him. He’s used to being demonised and caricatured as Lord Voldemort of Kerala politics. Let them call him an unsmiling autocrat, a me-alone commissar who brooks no dissent, he is not here to please you, or to earn a good editorial in the hostile mainstream media, they tell you. He is what he is: a one-dimensional man who carries deep within him a sense of hurt. There is only one Vijayan, in private and in public. Take him or reject him, he has no time to humour you. He is not afraid of God’s wrath. He has retired to the make believe of infallibility, like any other self-made god.

IT’S past midnight and I’m not the only one waiting for Kummanam, who I’m told is still campaigning, and, apparently, he can’t afford to stop as more and more women with lighted lamps are waiting for the homecoming Hindu warrior. ( In 1987, in the aftermath of a Hindu agitation at Nilakkal that shook Kerala, he was the Hindu Munnani candidate from one of the Assembly constituencies in Thiruvanthapuram.) Till recently the governor of Mizoram, this pracharak, who started his public life with the anti-church Nilakkal agitation of the early 80s, is a Hindu cause junkie, so to speak. The Kummanam devotees call him a public sanyasi, the ascetic as a permanent activist, a street fighter of Hindutva. He is today out there to restore the sanctity of a humiliated god, a celibate like him. He could be the first Hindu nationalist who brought Ananthapuri to Indraprastha. Could be. 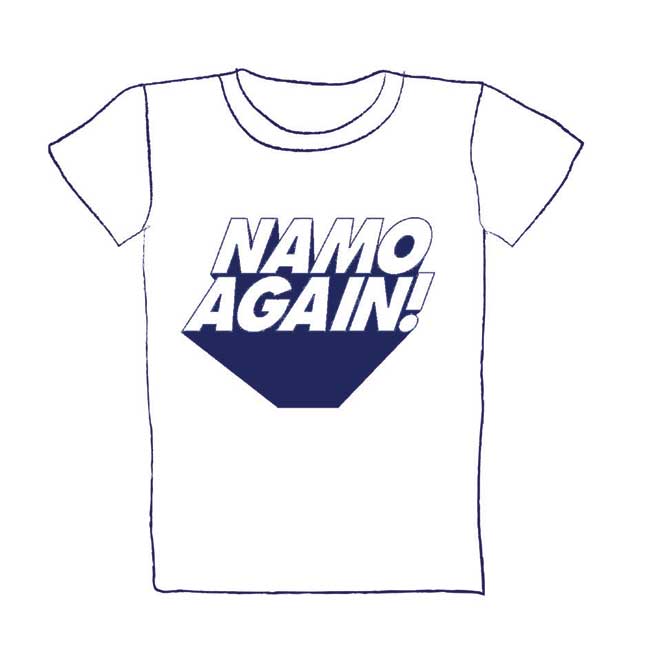 WHEN I meet Kummanan, there is a natural aura of understatement about him. He abhors hyperbole. His answer is a modest “the development of Thiruvananthapuram” when you ask him about the one big idea on which he seeks the vote. Don’t expect a lecture on how Hindu nationalism is going to sway the city. “There are so many local issues relevant to the place. I need to articulate them.”

“You mean even the idea of Modi is not an issue here in Thiruvananthapuram?”

“At the national level it is. Ask the communist candidate who will be the next prime minister. He doesn’t have an answer. Ask Shashi Tharoor (the Congress candidate who is fighting for a third term from Thiruvananthapuram), and he too won’t have an answer. After all, Rahul’s biggest struggle is about becoming an MP, not PM. We know Modi will be the next PM, and we know that he will make India a superpower.”

“How big is the Sabarimala vote in this election?”

“A decisive vote. The progressive politics of the LDF government is a sham. It’s a huge cover up. They talk about reform and gender justice and constitutional rights to cover up the failures in almost every administrative field, particularly flood relief. The more they talk about navodhanan [reform] the more is Hindu consolidation.”

“So your fight is against the communists?”

“To defend an obsolete intellectual position, they have enjoyed a monopoly on the cultural life of Kerala. That monopoly is ending now. The political collapse too will follow, as in West Bengal and Tripura.”

“Why does it take so long for BJP to take root in Kerala?”

“The anti-communist space in Kerala was taken by the Congress. Now it’s a triangular fight. There is a third force now, and the anti-communist space will be taken by BJP.” Kummanam is the most familiar—and acceptable—face of that force. The face is familiar for other reasons too—white beard, bachelorhood, ascetic life, 24×7 political life, and an evolved sense of detachment…

“Positions will come and go, but the internal core will remain stable.”

Then he adds, looking back to that distant day when he resigned from a government job to join the Hindu cause, “Resignation is my habit.”

“Don’t say it in front of your followers,” we share a joke. 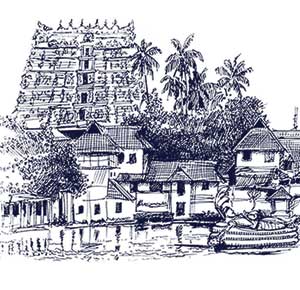 IN Thiruvananthapuram, the man who stands in the way of Kummanam is not a communist but the most suave Congressman. Somewhere in the city street, they are still singing the glories of the “global citizen” who has come to represent Thiruvananthapuram, whose last internationalist candidate was VK Krishna Menon in the 1971 General Elections. We meet up during his lunch break in his flat in the city. The most remarkable thing about the kitschy melange that adorns the drawing room of his ‘constituency flat’ is the collection of his book jackets, the richness and variety of which alone will set him apart from any other candidate anywhere in India. “The truth is that I’m not seen just as a politician,” he tells me the obvious. He is a regular contributor to this magazine, and, as he remembers, “Open honoured me by naming me one of the most influential public intellectuals.” He is happy to “straddle that space between the public intellectual and the public servant”. As one of his professors told him, “The challenge is to leap from the world of conclusions to the world of decisions.” That’s the leap he has taken, by his own choice. It has paid off. “Even people whose primary political loyalties are elsewhere have a certain regard for me.” True. “I feel morally obliged not to let them down.” And he, too, is concerned about Sabarimala. “The truth is that the believers were hurt by the judgment. There are only two ways to ease their pain—a review petition or an ordinance. The intention of BJP is not to ease the pain of the believers but to prolong the drama in order to gain short-term political benefits.” He thinks that the court has framed the judgment wrongly. “It’s not an issue of equality, it’s an issue of sanctity. There seems to be a disregard for a certain set of beliefs and practices people hold very dear.” 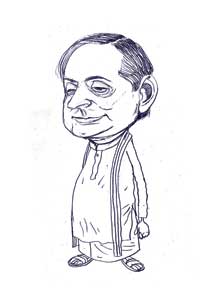 KERALA is one place, Tharoor tells me, where the minorities don’t have a minority complex. “The majority of Kerala feels an inter-communal spirit of solidarity.” Elsewhere it’s a different story. “Indian Muslims need not be self-conscious about being Muslims. But BJP has made every Muslim in north India more self-conscious than ever before.” At one point, he thought, the BJP would become an Indian version of the Christian Democrats. That did not happen. “They are not democratic. They are a fundamental threat to our democracy. Hindutva can only be imposed.” The big difference between Rahul Gandhi and Modi is that the former “is a leader by consensus, and he will be surrounded by qualified people. Modi is a one-man army”. Does he feel the wave from Wayanad? “Thiruvananthapuram is far away from Wayanad.” Maybe he means he’s the wave, and ten years are not enough for a Tharoor fatigue to set in. It’s still his election, to win or lose.

THERE is one thing that Tharoor is most careful about. He gets hundreds of emails, and yes, some from lovely Nair women. Some of them have become friends. “And one lady from Neyyattikara regularly goes to the temple and conducts puja for me.” But… “I’m very careful. I never let any of these things get out of hand.” It’s difficult for gods to abandon him, in spite of Sabarimala.