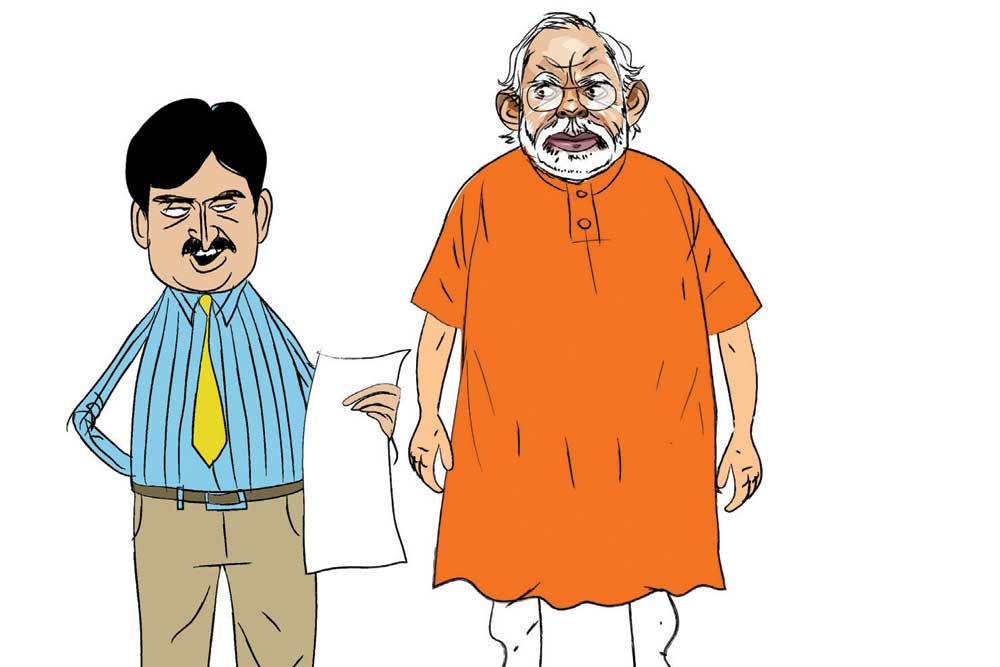 In South Block, you will find a 45-year-old man who is a direct channel for Prime Minister Narendra Modi. Hiren Joshi is an Officer on Special Duty to Modi, having been by his side since 2008. Coming from an RSS family, Joshi is a low-profile man. He is an electronics engineer who before joining Modi, had been an assistant professor in an engineering college. He is known to be intensely loyal and a 24×7 worker. Every morning he meets Modi and gives him a report on whatever is happening on social media. He shares important messages from party workers and people across the country. He uses analytical tools to chart out Modi’s itinerary and avoid things like duplicate meetings. Joshi also travels with Modi for election rallies, notes the highlights of speeches and gets them publicised through tweets and blogs. The Prime Minister has never had a media advisor. He had an information officer in Jagdish Thakkar who passed away recently. Essentially Modi handles the media through social media and Joshi is his key person in this.

Some in the Congress old guards think Modi would get around 200 seats and their own tally would rise to between 100 and 125. They are reportedly reconciled to Modi forming the government again in such a scenario. But they don’t think Modi will be able to manage a coalition government skillfully like Atal Behari Vajpayee and that will then lead to midterm polls. Wishful thinking?

Nitish Kumar is always present alongside when Narendra Modi goes to address rallies in Bihar, but when Rahul Gandhi goes, his ally, Tejashwi Yadav never shares the dais. People are now wondering why. Rahul has visited four times recently and not once was Lalu’s son seen. But even though Nitish might always show up for Modi, the BJP really does not trust him. They think he might switch sides. And, to dispel that notion, in fact, might be why Nitish is always present for Modi.

What will Priyanka Chaturvedi, former Congress spokesperson who switched over to the Shiv Sena, get now? First she wanted to contest from Mumbai North on a Congress ticket. When the party gave it to Urmila Matondkar, she asked for Mathura. When that didn’t happen, she tried to get a Rajya Sabha seat assurance from the BJP. They refused and then she met Uddhav Thackeray, the Shiv Sena chief. The Maharashtra Assembly elections are going to happen in October. If Congress and Nationalist Congress Party form the government then she might end up empty handed. She wants a Rajya Sabha membership from the Sena which now has 62 Assembly seats. If it decreases to 40, then the party gets only one extra seat. Giving that to Chaturvedi will be difficult. It is now being said that if the Sena does not get her to the Rajya Sabha, she might return to the Congress! 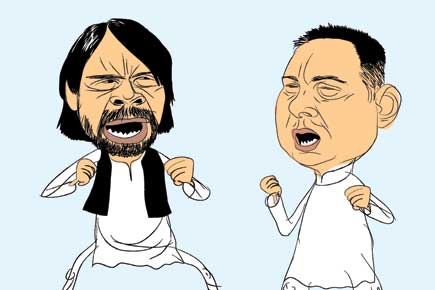 Lalu Prasad Yadav, famous for his sense of humour, doesn’t have much to laugh about even if his party Rashtriya Janata Dal (RJD) is seeing a rebound in Bihar. And the reason is his family. His two sons, Tejashwi and Tej Pratap, are fighting each other but now there is one more spoke in the wheel. A recently launched party Lalu Rabri Morcha is contesting against the RJD. Lalu’s daughter Misa and her husband are suspected to be behind it. There was also news floating around that the two are under the scanner of the Enforcement Directorate and CBI over real estate irregularities. They claim it is not true and these rumours are being spread by her brother Tejashwi. 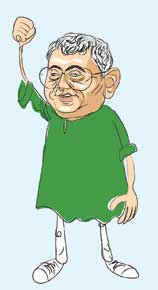 The Trinamool Congress wasn’t really active on social media until a few years back when Mamata Banerjee gave Derek O’Brien charge to increase their online visibility. Recently O’Brien started a new practice— every morning at 11am he publishes a two-minute capsule glorifying Mamata’s policies and highlighting the failures of the BJP. The backdrop to this feed is Kolkata. It has got the BJP IT Cell worried enough to plan a counter-show .

10 Rajaji Marg, an address where Edwin Lutyens, the architect of New Delhi himself stayed, is now the home of former President Pranab Mukherjee. In its first floor lives his daughter Sharmishta, who is the Delhi Mahila Congress president. She wanted the party nomination from Chandni Chowk but the high command decided to give it to old hand JP Aggarwal. Instead, they suggested South Delhi or East Delhi constituency but she was not ready. Sharmishta was against any tie-up with the Aam Aadmi Party and when an alliance process was ongoing, even resigned from being a spokesperson. She is now said to be keen to fight the next Delhi Assembly election. Her father’s advice is to not be in a rush. That instead of a 100- metre race, to approach it as a marathon for life. 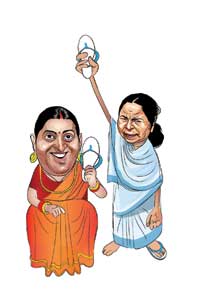 Can there be any similarity between Smriti Irani and Mamata Banerjee? The two themselves would be affronted by even the thought of such a thought. But they do have something in common—blue Hawaii sandals. Recently, Irani was seen in Hawaii chappals during all her rallies in the villages of Amethi. Didi meanwhile is famous for always wearing them.