Why a bipartisan consensus is possible and necessary 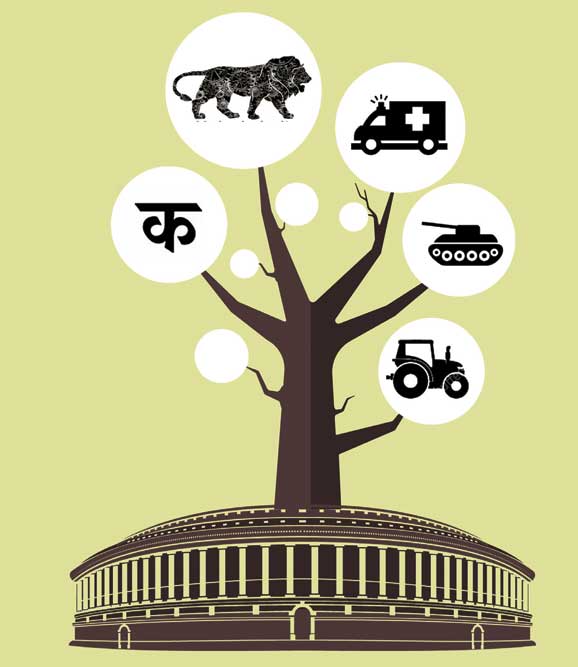 FOR THE NEXT six to seven months, India will remain in the grip of extreme and partisan articulation of views on policy matters by the entire spectrum of political leadership. If the General Election of 2019 does not throw up a clear mandate for any side, such partisan posturing is likely to continue for longer. We saw this during the first term of the United Progressive Alliance Government when the mixed mandate of the 2004 General Election and the surprise defeat of the Bharatiya Janata Party-led National Democratic Alliance encouraged a sour BJP, licking its wounds, to try keeping the Manmohan Singh Government from settling down. Prime Minister Singh was not even allowed to introduce his Council of Ministers to Parliament.

Given the extant political environment, we have to perforce accept that on no policy issue will the parties of the NDA and UPA come to any agreement over the next half year. Moreover, in writing their manifestos, every political party will strongly proclaim a difference of opinion and approach from every other political party. Thus, even if in practice there is little difference between the policies of a Telangana Rashtra Samithi and the Sonia Congress in Telangana or the Trinamool Congress and the Communist Party of India (Marxist) in West Bengal, both sides will claim that they are poles apart and the choice for the voter is between good and evil.

So, let matters rest there. But is it at all possible to distil from actual experience a common policy platform that almost all political parties have in practice adhered to? After all, between 1991 and today, over the past quarter century every major political party has been in government at the Centre and in the states, and we see a continuity or similarity in policy across a fairly wide spectrum of issues. Of course there are fundamental ideological differences, especially between the BJP and the Congress, and a difference in personalities. A Jyoti Basu was as different from Mamata Banerjee as an Akhilesh Yadav from Mayawati. And, Manmohan Singh and Narendra Modi were born on different planets.

Despite such differences in ideology and personality, we find a curious continuity in policy—for good and bad—at least in a few crucial areas between successive governments at the Centre and states. Moreover, there are key policy issues on which such a bipartisan consensus is possible and necessary. Putting these together, one can construct a ‘National Manifesto’ and hope that whichever side wins, there would be continuity in policy in these areas.

What could the elements of such a National Manifesto be? There are several major areas of policy where similarities have come to prevail in practice and a national consensus is possible. Consider the following:

Education: It is understandable that there are sharp ideological differences between political parties, especially the Congress and BJP, on this. However, no one can disagree that making India 100 per cent literate, ensuring free access to primary education to all children, providing low-cost technical education to youth and the like ought to be part of a common national minimum programme. Unfortunately, few governments in India have given pride of place to education in their programmes. The example to celebrate today is that of Arvind Kejriwal and his Aam Aadmi Party in Delhi. Kejriwal’s attention to education and public health will ensure that he will get re-elected to the Delhi Assembly.

Many expected the BJP to give equal attention to education, yet its record on the ground is disappointing. Rather than strengthen existing Indian institutions, the BJP has been busy politicising their functioning. The irresponsible manner in which it has dealt with the country’s premier university—Jawaharlal Nehru University—stands testimony to its lackadaisical and excessively ideological approach to higher education.

Healthcare: While Prime Minister Modi has sought to launch a new model of healthcare, dubbed Modicare, in essence his initiative is no different from similar interventions in erstwhile Andhra Pradesh and the UPA’s Universal Healthcare initiative. It should be possible to arrive at a national consensus on the best way to provide universal and affordable healthcare.

If we can get a consensus on education and healthcare, two of the most pressing concerns of a vast section of the population would be taken care of.

‘Make in India’: There has to be universal recognition among all political parties that creating employment opportunities in manufacturing and increasing its share in national income has to be a national priority. Few remember the fact that the ‘Make in India’ programme of the BJP was originally conceived of by the Congress. It was the National Manufacturing Competitiveness Council (NMCC), set up by Prime Minister Singh, that first drafted a National Strategy on Manufacturing emphasising the need for promoting ‘Make in India’. The NDA Government widened the scope of the UPA’s initiative. The objectives remain the same.

Of late some, even in government, have put forth the fanciful view that India can continue to grow skipping the ‘industrial’ stage of development. This is nonsense. The Indian economy requires a bigger manufacturing base both for economic and strategic reasons. A national strategy for promoting labour-intensive industrialisation can easily be crafted that all major political parties can support.

Agriculture: In this area too, there has been remarkable similarity in the approach of the BJP and Congress Governments. Be it on farm prices or farm subsidies, on loan waivers or rural infrastructure, there has in practice been little difference in the actual approach of the NDA and UPA. Here too, the two can agree to a minimum agenda of welfare and development that benefits farmers and consumers alike.

Defence: Whatever the public rhetoric, there has been a striking similarity between the UPA’s approach to defence spending, purchases and pacts and that of the NDA. As Manmohan Singh used to famously say, “Do not judge a political party by what it says when in opposition, but by what it does when in government.” Yet, the rhetoric on national security and defence policy becomes sharp, as if to suggest that the government of the day is hurting the national interest.

Foreign Policy: Foreign relations is one area in which there has been remarkable continuity in policy in actual fact even if both the BJP and Congress have sought to sharply differentiate themselves from each other in their rhetoric. The BJP worked hard to prevent Manmohan Singh from signing the civil nuclear energy deal with the United States. Yet, it was Prime Minister Modi who wrapped it all up in exactly the way Singh would have done.

One can think of many other areas, ranging from the employment guarantee scheme to Swachh Bharat where the NDA Government ended up implementing policies initiated by the UPA. This remarkable continuity in policy stands in sharp contrast to the highly charged criticism of each other’s policies. Within the heat and dust of political rhetoric, there is a calm space of like-mindedness that the nation can benefit from if both voters and investors are assured of policy continuity in critical areas.

Sanjaya Baru
Sanjaya Baru is distinguished fellow at the Institute for Defence Studies & Analysis in New Delhi and author of, among other titles, 1991: How P.V. Narasimha Rao Made History and The Accidental Prime Minister: The Making and Unmaking of Manmohan Singh