In the wake of the Westminster and Manchester attacks, an exhibition in London brings out what it means to be a working-class Muslim youth in Britain today 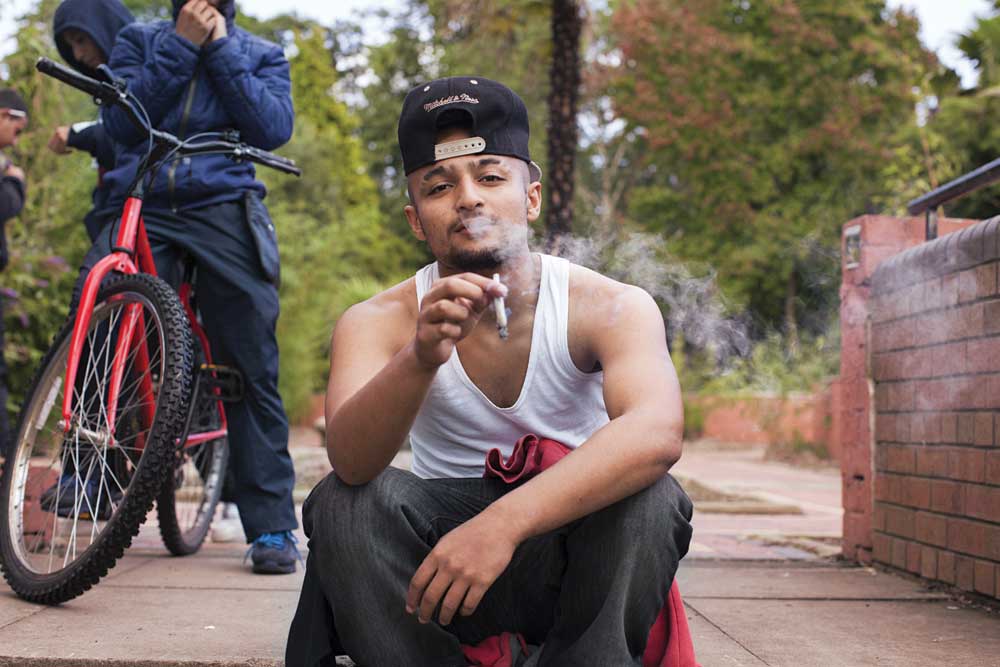 WHAT DOES IT mean to be a Muslim in today’s Britain? Recent events have put a question mark on Britain’s relationship with the outside world and on the perception of Muslims in its society.

On the evening of Monday, May 21st, a devastating suicide bombing left 116 people hospitalised, of whom 22 were killed at a concert arena in Manchester. The arena was filled with teenagers who were there to watch US pop star Ariana Grande perform. It was the most serious terrorist attack in the UK since the suicide bombings on the London Underground and a bus in 2005 and it closely follows an attack on Westminster that took place in March this year.

The bomber has been identified as Salman Abedi, a 22-year-old Manchester-born son of Libyan parents who grew up in a Muslim household. He is thought to have travelled to Syria and become radicalised before returning to commit the attack in the city where he was born. During the aftermath, the UK’s terror threat level was increased to severe and soldiers were deployed to sites around the country.

Although Manchester has largely pulled itself together, hate crimes against Muslims spiked after the attack, according to the Greater Manchester Police. This highlights how Muslims are treated despite such events being the actions of a small group of criminals. Incidents include a woman in a supermarket being told she should not be wearing her niqab in public and a school receiving a bomb threat after some students were asked if they were Muslim.

Brexit has also meant a growing struggle for minorities more broadly. In a post-Brexit Britain, the notion of multiculturalism that used to be a cultural bedrock for many has been subject to a tumultuous assault. Simultaneously patriotism is on the rise. Prime Minister Theresa May who is expected to win the imminent general election recently derided those with multiple identities when she declared, “If you are a citizen of the world, you are a citizen of nowhere.”

An exhibition of photographs by Mahtab Hussain at Autograph gallery in Shoreditch, London captures the disillusionment experienced by many young, British Muslim men in all its shades. Aptly titled with street slang as You Get Me?, it comes at a time when 24-hour news shapes the image of British Muslims in a particular way.

Hussain’s 24 subjects offer an alternative lens. They range from a young man wearing a white vest and a backward baseball cap with a cigarette in hand crouching at a curb side; to a boy who lies furled in a duvet, asleep on a furry teddy. Hussain, a Muslim who grew up in Birmingham, wanted to give a voice to working-class British Muslim men by capturing them through photography. “I wanted to show what they have to say,” he says, “as they too often get stereotyped.”

Each work is a portrait of a figure who, in nearly all cases, looks straight at us. This sets up the pose held by each individual as an act of performativity that suggests their portrayal is not only imposed by the camera, but is also a self-imposed image that is being actively communicated to us. The agency that the young men have been allowed to convey is striking and it allows the images to become an interesting and empowering exploration of their identity rather than just a documentation of their lives.

Having studied art history and worked in museums like the National Portrait Gallery in London, Hussain came up with the idea for the project when he “realised how invisible I was in these spaces—spaces that I love and hold dear”. He returned to Birmingham, a city with a significant migrant population, and started work on this series of photos, eventually expanding it to London and Nottingham over the course of a decade. It involved stopping individuals in the street and starting conversations with them while taking their portrait. He often faced rejection and suspicion from prospective subjects and was asked if he was from the police or the FBI.

Hussain chose to depict men for this series in order to reflect on the way society frames masculinity, describing his own father of Pakistani origin as “hyper-masculine”. The portraits seem to interrogate the state of masculinity and its authenticity. One features a young boy with a fairly demure expression standing at the corner of a boxing ring with a bold pair of white gloves. The incongruity between his apparent innocence and the violent act of boxing makes us suspect he is masquerading a particular genre of masculinity that is equated with toughness.

In another poignant image, a man parading his bulging biceps stands in sharp focus against the vague background of a gym. If you look closely enough, you can also see that his cheeks carry the tattooed marks of tears that are often associated with gangs. It is not only the fragility of the preconceptions on masculinity that these portraits expose and deconstruct, but also the contradictions of its performed and self-defined nature. This is epitomised by the depiction of a man that seems to parade his manliness yet is also capable of weeping.

Extracts from Hussain’s conversations with his subjects will be shown alongside the images in a photobook that covers the content of the exhibition as well as other photos. This will be published by MACK and released at the end of June. The extracts that are printed on the gallery walls place the photographs within a political context that exposes issues of race and representation, respect and cultural difference. That context is heightened by the events of the last few weeks in Britain.

The exhibition is a timely exploration of the question of identity among working-class British Muslim men, a section of society that has grown disenfranchised. Many of the portraits were taken on the street, which seems to heighten the cultural dislocation their subjects have experienced. They are British born with only one exception and have parents from countries like Pakistan, Iraq, Iran, Afghanistan, Yemen, Syria and Bangladesh. Quotations on the gallery walls give us a taste of the impact that the stereotyping of young Muslim men has had on their identity.

One of the sitters reveals a personal story of being on the Tube in London with a White friend who wanted to get off when she saw an Asian guy who appeared to be Pakistani because she was fearful that he had a bomb. Another is quoted as saying: “It’s the politics of hate and anger that have brought us to the reaction that we see particularly in young males. The media hasn’t helped, and the government doesn’t help with some of its outlandish statements.”

Hussain believes that Asians are too defined by their place of origin and talks of his attempt to strip down his own identity. “If people ask where I’m from I just say I’m a human being,” he says. He wants British Muslims to reflect more on their identity and for writers and artists to represent their voices in order to forge a space for them to become the writers and artists of the next generation. Citing Franz Fanon as his preferred post-colonial theorist he adds, “We need to celebrate our hybridity.”

He distinguishes his work from documentary or journalistic photography. During the nineteenth century in colonial India, images of people depicted by British artists were labelled like specimens. Hussain says it is important images such as his are acknowledged as being fine art to counter this legacy and their feeling of having been culturally ridiculed in modern times.

The photographs shed humanity on their subjects. From a boy in a Bart Simpson T-shirt to a young man in school uniform on a swing, the images portray the variety of identities that Muslim males can inhabit. One of them (Hussain’s own brother) dons a smart tailored green chalk striped suit that he wears to work. The artist refers to them as ‘beautiful Asian men’.

(Mahtab Hussain’s exhibition You Get Me? is showing at Autograph ABP gallery in London from May 5th to July 1st, 2017)