The Banality of Cruelty

Every time Pakistan does something dastardly, there is a demand for an effective Indian response. Is there another option? 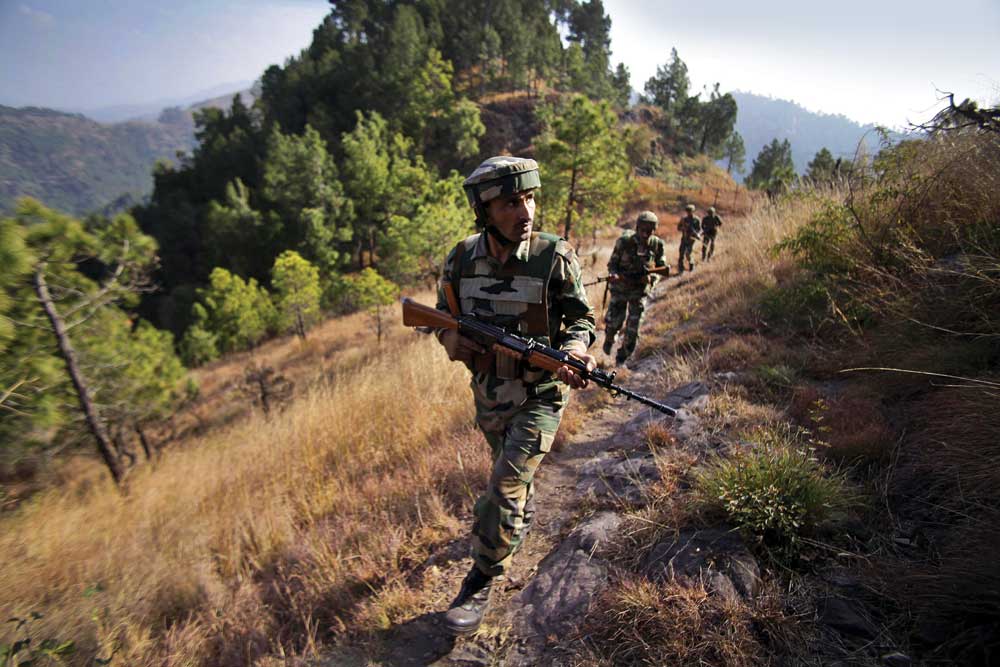 SKIRMISHES BETWEEN INDIA and Pakistan on the Line of Control (LoC) in Jammu and Kashmir (J&K) are usual fare. Very often, intense shelling provides the cover for infiltration by terrorists who then wreak mayhem in different parts of the state. Once in a while, however, something macabre takes place. On the first of this month, two soldiers, one from the army and another from the Border Security Force (BSF) were decapitated inside Indian territory. The incident took place in the remote Krishna Ghati sector of Poonch district.

Within no time, there were vociferous demands for retaliatory action by the Indian army to ‘avenge’ what had happened to the two soldiers. As a professional organisation, the army refused to be baited into an instant reaction and stated that it would give an appropriate response at the right time.

At one level, the episode can be seen as another example of the mindless blood thirst of Pakistan army. There are reports that just days before the killing of soldiers, Pakistan army chief Qamar Jabed Bajwa had visited posts just across the Indian territory. His exhortation to his troops apparently took another meaning. This cause and effect chain can be taken further to a speculative level. Just before Bajwa’s border visit, an ‘unofficial’ Indian envoy, industrialist Sajjan Jindal, paid a visit to Pakistan’s Prime Minister Nawaz Sharif. Jindal, who has friendly ties with Sharif, was speculated to be on a backchannel diplomatic mission. Reports in Pakistani media suggest this did not go well the country’s powerful army that has always viewed any foreign policy initiatives on India as its turf and out of the civilian leadership’s purview. The entire chain of events, from Jindal’s visit to the death of Indian soldiers occurred within the span of a week.

One obvious conclusion from examining these developments would be to say that it is very tough to disentangle the complicated layers that mar Indo-Pak relations. But is one thing to appreciate these complex realities and altogether another to try and change them, especially when they are part and parcel of Pakistan’s internal political dynamics.

So what can India do?

The first thing to take off the menu of options are diplomatic initiatives—formal or informal, especially of the Track II kind: the former go nowhere and the latter only fulfil the egos of a handful of participants on both sides. In fact, there is pattern here, one that has been followed by every Indian government in the last two decades. From Atal Bihari Vajpayee to Manmohan Singh to Narendra Modi, the early, major, initiatives that Indian prime minister’s take are peace overtures with our hostile western neighbour. Vajpayee received Kargil as a gift; Manmohan’s Singh’s dealings with Pervez Musharraf withered on the vine and Modi’s overtures have been responded with firefights on the LoC and beheadings of Indian soldiers—not once, but many times. In each case, it was the complex relationship between Pakistan’s elected leaders and its army that destroyed earnest Indian efforts. The manner in which Pakistan’s polity has evolved—from the first coup in 1958—gives the army a veto over civilians in this aspect of foreign policymaking. The only exception to this norm has been the Musharraf-Manmohan effort. But that remained on the table as long as Musharraf was chief of army staff and his grip over power was unassailable. Once internal protests broke out his colleagues in the army backed away from his ideas of peace with India. No sooner did Musharraf bow out that his successor, Ashfaq Parvez Kayani, gave it a burial. Tellingly, in his various comments about India after his retirement, Musharraf has given ample evidence that his efforts at deal-making were instrumental and not in any way to change the basis of relations with India. The thought that India should wait for another general with whom it can do business is tempting but vain. The truth is that no Pakistani army chief will allow peace with India as long as its atavistic desire to wrest Kashmir from India remains unfulfilled.

The Government can easily direct Indian businesses that if you continue trade with Pakistan, there will be negative consequences. India lacks the ability to implement strategies coherently

“India has much to learn from China on how to deal with Pakistan,” says Brahma Chellaney, a senior fellow at the Centre for Policy Research (CPR) in New Delhi. His hint is towards how, China treated Mongolia after India made overtures toward the latter to build better ties, apparently as a move to counter China’s influence in its periphery. Can India do this with Pakistan?

There are two very sensitive leverage points that India has with Pakistan that can be used to build pressure on Pakistan, says Chellaney. For one, India can pressure Pakistan using a very powerful weapon: water. Most of Pakistan’s big rivers have their origins in India where West-flowing rivers once they leave Indian territory, turn into Pakistan’s lifelines. Last year, India made some perfunctory noises about withdrawing from the 1960 Indus Water Treaty (IWT) at a time when there were the same kind of tensions between the two countries as seen today. In the end, New Delhi did nothing beyond making noise.

Another area where pressure can be exerted is through trade. On paper, direct India-Pakistan trade is quite low, barely above a billion dollars. But when it comes to indirect trade—through third countries such as United Arab Emirates—this figure rises up manifold. India’s imports are lower on the value addition chain while Pakistan’s imports from India have a high proportion of manufactured items.

“The Government can easily direct Indian businesses that if you continue trade with Pakistan [through third countries], there will be negative consequences,” adds Chellaney.

These two items—water and trade, especially water—give India sufficient leverage to pressure Pakistan even as it formulates a coherent strategy on what to do with its neighbour.

But if the answers to Pakistan’s behaviour are obvious, it is not clear, at all, if India has the will to implement them. For one, there is the problem of political will. If the first option of any new Prime Minister in India is to seek a peace deal with Pakistan, it is not so simple to turn from a peaceful to an aggressive strategy. Then, there are issues of institutional capabilities. “India lacks the ability to think through and implement strategies coherently,” says Chellaney.

One example of this are flip-flops over the IWT. Last year, in the wake of the attack on Uri army base in Kashmir, India decided not to send its IWT commissioner for a meeting to Pakistan. At that time, it appeared that India was finally taking aggressive steps to exert pressure on Islamabad. There were also reports that India had speeded up work on projects such as the Kishenganga hydroelectric project in Kashmir that Pakistan claims are in violation of IWT. Since then, India adopted a very tough position on the matter. Then in a rapid climb down this year, it sent its commissioner to Pakistan for a meeting.

This sends a clear message to Islamabad that India’s efforts to confront it are fitful and marked by lack of will. Instead of changing Pakistan’s bad behaviour, this further emboldens it. The spate of terrorist attacks, from Pathankot, to Uri and the tit-for- tat retaliations on the LoC are, to a great extent, due to Indian dithering.

There is one final complicating factor that has a bearing on steps India takes, or does not take: the pressure exerted on it by its close partners such as the United States, for example.

“India sent an unofficial person to talk with Nawaz Sharif soon after US National Security Adviser HR McMaster visited India. Officially, there were right expressions and bonhomie but unofficially there was significant pressure on India to keep the dialogue on with Pakistan,” an official source told Open. What transpired in Krishna Ghati takes a very different meaning when viewed from this perspective.

Where this leaves India is a very uneasy position. On the one hand, it makes peace overtures that are rebuffed as quickly as they are made. On the other hand, its ability to take a forceful course of action, even when such choices are available, is stymied by a host of institutional and global factors. The net result is that choices with respect to Pakistan ultimately boil down to some kind of tactical response in the wake of a terrorist attack or a violation of ceasefire on the LoC. This is hardly the kind of thought-out response that a determined adversary such as Pakistan merits. To be sure, India has tried some aggressive steps—such as the much publicised cross LoC raid in the wake of the Uri attack. But these, minimal, steps are followed by a massive swing in the opposite direction. If the danger of a military escalation turning into a nuclear exchange should not be ruled out, it is equally true that other options—water and trade pressure—one’s that do not involved military options are also not pursued. There is a large space between not doing anything and launching a war. India has many options in between, ones that it refuses to exercise. Time it thought about them. 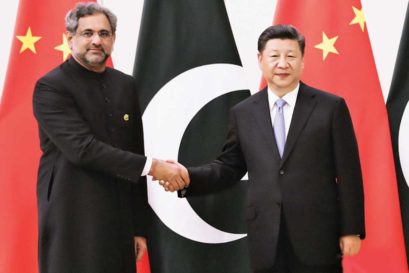 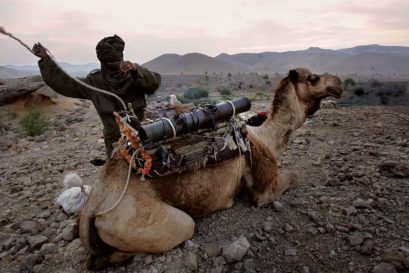 Balochistan: And the Mountains Echoed

Balochistan’s underground movement for freedom, with its leadership in exile, gets an Indian impetus