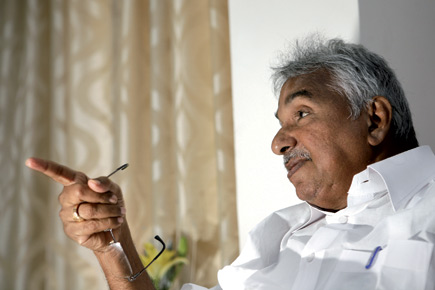 Something is brewing down here in Kerala. Something so phenomenal and yet comical, so surrealistic and yet drab, so magical and yet true, that if you don’t watch, you may regret having missed the greatest piece of drama since Shakespeare. We Malayalees who happen to be the characters in the plot don’t understand what is happening in our lives, even though we do realise we are being taken for a ride.

It all began when the state government revoked the licences of 418 bars across Kerala just before the General Election. Such theatrics are common in a state where a large chunk of votes come from women and various religious groups—no fans of the liquor industry.

But the mood turned sombre when, after the polls, the state’s new Congress chief, VM Sudheeran broke the fourth wall and declared to the audience that it was not mere drama; the decision was no joke, and the bars, all 418 of them, were gone forever. It was a bombshell. The fallout was mass hysteria, with the church, NGOs and women’s organisations rallying behind the new moralists.

Most political parties, however confused they were about the potential outcome and feasibility of the order, had to choose between emotionality and sanity. Cornered, they were asked to declare to an elated audience, led by Sudheeran, their stance. The atmosphere was so electric that none of the drama’s other characters could afford to stay silent.

Politically, it was perhaps the shrewdest move by a leader since Marthanda Varma’s Thrippadidaanam, when the king laid his sword down before Sree Padmanabha and declared he was only a servant to the real lord up there. Anyone who dared raise an arm against Marthanda Varma would have the Almighty as his enemy. Likewise, anyone who’d oppose Sudheeran would become a friend to the liquor mafia, and would have the good people of Kerala as his enemy.

The audience watched with wonder how leaders who voiced apprehensions in the morning had to swallow their words by the evening. Kerala’s Revenue Minister KM Mani, who knew the extent to which the closing down of bars could hurt the state exchequer, did a volte face within a few hours and became one of the strongest voices of prohibition. The church smiled.

Sudheeran chose to ride the wave he himself had created, but when it rose to a crest he realised he was no match on the surf for the real hero waiting in the wings. Pressure mounted, and suspicious eyes turned to Chief Minister Oommen Chandy, who’d dropped hints that he had a more pragmatic view on the matter, and the closed bars, if proven good, would soon be back. So, few anticipated a twist in the plot when he made his government’s final stance on the matter clear. The Chief Minister nonchalantly declared that not only would the 418 bars stay closed, but even those that had remained open would have to pull down shutters. Thus, with a flick of the magic wand, he laid out a plan for total prohibition in the state. And that was how the Chief Minister stole the thunder from Sudheeran as Kerala’s new messiah of morality.

In a state which tops the country’s record of alcohol use, that was quite a dramatic turn of events.

As the dust raised by the tug-of-war between the Chief Minister and the Congress chief settled, it is time to take account of the war spoils and the impact of the struggle.

Other than a political move to outsmart an opponent, how serious and prepared could the government be in implementing such a decision? Can a government afford a gut reaction or an emotional response to a political challenges? Can it allow itself to be used as a platform for moral vindication? What are the consequences of state decisions being made to settle individual rivalries? Can a state whose economy depends a lot on spirits cut off ties with alcohol quiet so easily? There are other questions too. What happened when prohibition was implemented in certain pockets of the state in the past? What were the lessons of those massive failures? What is happening in the states where prohibition is still in practice? What about the illicit liquor trade and bootlegging there? Why did the US after a period of 13 years lift its ban on alcohol?

Oh, I forgot! You can ask questions only as a participant in a discussion, but not while you watch a play, especially one that is still going on. Moreover, anyone who opposes such a decision, by default and the moral standards of the state, becomes an agent of the liquor mafia, an enemy to the people and God—political wisdom that our kings have taught us.

We tout Kerala as ‘God’s Own Country’. Every year, as the season begins, we greet the first flock of tourists with much pomp and flair. What would be the impact on the tourism industry if we close all the bars in the state? Has anyone given a serious thought to this? A tourism secretary I once spoke to told me that, despite all this hype, Kerala fails to draw high-end tourists. So the moment you pull the shutters down on the bars in three- and four-star hotels, you risk the loss of a large chunk of tourists as well as foreign money. There are far better places in the world for tourists to visit and spend their money—places where the authorities are not as myopic as those in Kerala. We want information technology, tourism, airports and harbours of international standards, as also foreign money and all the trappings of the 21st century, but we remain closed, cold and apathetic to the outside world.

Is Kerala’s state economy healthy enough to withstand the loss of revenue from spirits? Being a consumerist society, one leg of the state stands firmly on earnings from the alcohol industry. Can we knock it off on a whim? What would be the social impact of such a move?

Various parts of Kerala, including Thiruvananthapuram, have seen the evil effects of prohibition in the past. Ageing men still share nostalgic stories of how they used to travel all the way to the neighbouring district of Kollam to get a high. Bootlegging was rampant in those days. In the absence of legally available drinks, people looked out for spurious liquor to get sozzled. Anyone with a little knowledge on dubious alchemy started concocting spirits to sell in secrecy. You do not need to get your product verified and certified for quality if your product is illegal, right? By turning the production and sale of alcohol illegal, the government lost control over the market. Liquor rackets and nefarious agents mushroomed. Ayurvedic dispensaries converted themselves overnight into shops selling dubious concoctions like viplavarishtam. Many drinkers suffered the blindness caused by methyl-alcohol poisoning, a glaring risk of badly-made booze; many died of it. And that’s what it took for the government to open its eyes to reality and lift the ban. The government realised that it was the only way it could muscle back into the place of action, and reclaim the right to verify liquor samples before anyone had a chance to consume it.

But a decade ago, when AK Antony banned arrack, the same story was repeated. The popular arrack beat a retreat from the limelight; and soon toddy, the poor man’s beer, hogged a lot of unwanted attention. Pumped with more and more chemicals every day, the character of the meek drink changed, until one day it lost all connection with the coconut tree from which it must be tapped. Today, pure toddy is a grandma’s story.

The scenario in a tribal village in Palakkad, Attappadi, is a telling example from the present times. Liquor was prohibited years ago in the village to check the growing menace. What happened? Sure enough, the village was flooded with spurious liquor. What can the state expect from the excise department when it has proven useless in enforcing a ban even in a tiny hamlet of Kerala? What should we look forward to when the minister in charge of this department admits that the system is too ill-equipped for it?

Elsewhere, we have examples like the US, which had to lift its ban at the start of the last century because by then it had seen enough of bootlegging, with the booze mafia an even bigger menace than bathtub gin. Prohibition in other states of India has also proven to be farce.

There is another danger too. The moment we try to flush out all these ‘evil spirits’ from our midst, there would be another monster to be reckoned with: hard drugs. College campuses are already full of narcotics. Some schools too. Drugs can be hidden in all shapes and sizes, even as harmless-looking stamps and pens. You only have to chomp an end of a loaded pen to get a high for a few hours, says a newspaper report. The US saw a huge increase of drug use during its dark days of prohibition. Kerala may also be headed for a calamity on this count. Close all bars in the state, and tiny hideouts and holes will sprout across the landscape, unmonitored places where it would be far easier to experiment with strange chemicals that could cause grave harm.

It so happens that some people need an outlet—an escape, a release from their usual state of mind. They also need to bond with friends over social solvents such a liquor. Within safe limits, it is a matter of choice: of free will. To drink or not to drink is a question best left to the individual rather than the law.

India’s ancient texts also take a benign view of this in the interests of a healthy society. The Shastras, for example, offer an idea of the political and domestic codes vis-a-vis spirits of olden times. A monitoring authority like our present-day excise department existed back in those days to keep excesses in check. Wine shops were restricted to certain areas in the state and inspectors were appointed to oversee their functioning. ‘Liquor shops shall not be taken out of villages, nor liquor shops be closed to each other,’ one rule went. And more: ‘These shops shall contain many rooms, provided with beds and seats apart. The drinking rooms shall contain scents, garlands of flowers, water and other comfortable things, suitable to varying seasons.’ How modern they were, back in those days, and how ancient we seem in contrast!

Still, despite all the evidence, ‘Death to spirits’ remains a slogan for all in Kerala to join the chorus of. And more and more seem to be adding their voices to it.

Who has the nerve to stand apart from this swelling crowd and scream that the king is naked at the risk of getting branded an agent of the liquor mafia?

Let the show go on, for we are but mute spectators, after all, condemned by the age of populist politics to watch political rivalries snowball into state crises and easy-to-foresee tragedies. We may have read the story many times, and know how ironies pan out at the end. But let us, like good democratic citizens, suffer still in silence.

(The writer is an associate professor of English who runs the website, Rumroadravings.com)