The stories of disparate journeys, but with abiding memories 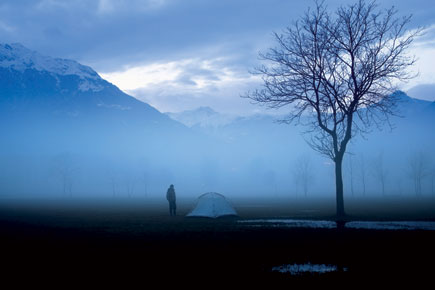 Some years ago, when some friends were planning to climb the Stok Kangri peak, I decided to tag along up till Leh in Ladakh. I had no intention of doing the trek and planned to take it easy in the town while they did the hard work. We flew to Delhi, took a sleep-shot overnight bus to Manali and went on from there by SUVs. The Leh-Manali road is called a highway but in parts it is not even a road. The landscape, bleak and arid like the surface of the moon, is startlingly beautiful despite not having a shred of greenery, elongating with every passing mile, riven by occasional streams under a sky that shifts watercolours, and reined in by majestically aloof bald mountains that look down with contempt at you. And a cold so ruthless that when you open your bag, even the clothes seem to have come out of a freezer. The only trace of human presence are clutches of shops selling Maggi separated by half a day of nothingness. A debilitating headache trails you all along because the altitude is doing things to the oxygen in your blood.

It began to rain, the SUV started leaking, water dripped on me, and, just as I thought it couldn’t get worse, there was a landslide and the road was blocked. My co-passengers got nauseous and one started speaking about death. We turned back and drove about four hours to find accommodation in tents and waited for two days to get going again. As uncomfortable journeys go, on a score of 1 to 10, it was an 8. And, yet, even though they missed the trek and it was far from the joyride I expected, it’s what all of us now call a memorable time.

A great travel experience is not always a happy experience. It is not soft beds, business class or air-conditioned cars. Sometimes it is without a return ticket and often little goes by plan. The experience seems worthwhile only in retrospect, but chances are you would do it again. I would go the Leh- Manali highway again, but perhaps stuffed with Diamox for altitude sickness, hiring a more expensive vehicle that would have a greater probability of not leaking, and keeping an eye on weather updates. And even if I were to go many times like that, the trip I would remember of Ladakh would be the one with the adventure and agony.

People travel to collect experiences, the only reason to step out of the comfort of habit and home. And more people want such experiences, which is why you see the tourism industry increasingly marketing experiential travel, in which instead of offering a destination, they pitch elements within them. It can take many interesting forms. For instance, a Cox & Kings would have something called Masterchef Travel focused on food that takes people for culinary experiences around a place. Or an Abercrombie & Kent would offer luxury tours centred around expedition cruises to Antarctica or sightings of animal migrations in Africa.

In this special package, we explore experiential travel. One of the most interesting stories is about a food trail through the kitchens of Sangam-era temples in Tamil Nadu. These are places famous for their architecture and religious imprint, but the food prepared and served to tens of thousands of devotees is a riveting spectacle of faith, taste and logistics. Another story is on paintballing in New York for the first time and getting massacred by colour—fun while it lasts but also a lot of pain because for the players it is war more than just a game. There is a select list of long drives in India and abroad that deliver exactly the thrill they promise, while another writer sets off beyond the tourist circuit in Bhutan in search of black-necked cranes. The stories here are of disparate journeys, but have in common abiding memories.