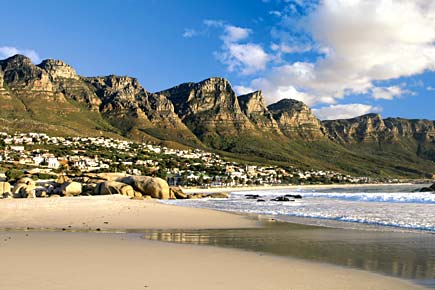 
Ever since South Africa officially abandoned its perverted apartheid regime in 1994, its marketing tagline, ‘The Rainbow Nation’ has tried to capture its racial, ethnic, cultural and geographic diversity. Fifteen years on, South Africans seem fatigued with that stereotype. ‘The Miracle Nation’ is the preferred phrase today for young South Africans. To Indians, no strangers to diversity, this sounds like hyperbole. But given the country’s torturous colonial past, and the gentle manner in which it has reconciled itself with it, the claim appears legitimate.

“Outsiders just cannot comprehend the state of our society just a couple decades ago,” says Nick Binedell, founder director of Gordon Institute of Business Science, a business school, “When a black man encountered a white man on the streets, he would automatically step aside with his head down. It almost happened subconsciously. Today, South Africans of all races engage in such passionate political-social debates that they often forget that theirs is a 15-year-old fledgling democracy and not a 200-year-old one.”

The openness with which South Africans debate the issue of race, not just in academic and business circles but also in everyday life, is truly remarkable. There’s no treading on eggshells. Expectedly, white oppression is such an essential part of the national narrative, that every official speech, and even the country’s constitution, begins with a reference to the shameful past.

When Indian tourists think of South Africa, destinations that usually make the must-visit list are the beaches of Cape Town and Durban, the vineyards of Western Cape, the Kruger national park that almost guarantees sightings of the Big Five (lion, elephant, cape buffalo, rhino and leopard), and the garish luxury resort of Sun City. South Africa’s Constitution Court at the heart of Johannesburg would be a worthy addition. As a tribute to those who sacrificed their lives in the battle against apartheid, the 1994-established Court is located inside Johannesburg’s Old Fort Prison, popularly known as Number Four. Built in 1893, it was notorious for the worst form of physical and sexual abuse of black prisoners, and has housed both Mahatma Gandhi and Nelson Mandela. The black-and-white pictures, the solitary confinement rooms the size of a pigsty, and implements of torture straight out of hell can be truly gut-wrenching. In 1994, a jury headed by Charles Correa chose three young South African architects to design the premises that would reflect the country’s past and its vibrant future.

The result is a remarkably colourful complex that feels more like the South African version of Tate Modern than an imposing and stuffy seat of justice. “Just to keep reminding us the pains of the past, the walls for the central courtroom are built using bricks from some of the demolished cells,” says Dikgang Moseneke, the current Deputy Chief Justice who has served prison terms alongside Mandela and incumbent President Jacob Zuma at Robben Island, off Cape Town, during the freedom struggle.

The social inequity and diversity of South Africa (it has 11 official languages and a version of its national anthem in each) is similar to India’s. While 41 per cent of the population lives in abject poverty, large parts of cities such as Cape Town and Johannesburg, inhabited by whites and the new black elite, seem like Western European enclaves. Sandton, a Johannesburg suburb that houses the stock exchange and several MNCs, is considered the richest square-mile in Africa, with penthouse apartments that carry tags in excess of $5 million. Across the city, the township of Soweto, home to 2.5 million mostly coloured and black residents, has been the focus of most poverty alleviation schemes and new housing projects. South Africa has a population of just under 50 million, but its enormous natural wealth and sophisticated banking and financial services system combine to give it the heft needed to punch above its weight in matters of commerce.

Of the 9 million people who visit the country every year, more than 10 per cent are sports tourists who come to attend cricket and rugby tournaments. In fact, South Africans see themselves as one of the greatest sporting nations on earth, with one of the best rugby and cricket teams and a bagful of Olympic gold medals. Its sports infrastructure is world class, and with an eye on the Fifa 2010 World Cup, the country has ploughed in close to $15 billion to upgrade not just stadiums but civic infrastructure around the country. The $1.5 billion India is spending on the Commonwealth Games pales in comparison.

A visit to Pretoria’s Loftus Versfeld rugby stadium, one of the game’s spiritual abodes in the country, is like watching a cricket match at Eden Gardens, minus the physical discomfort and endless rings of security. A recent Test match between the South Africans, the reigning world champions (they’re called the Springboks), and the touring British Lions was a jam-packed affair with 50,000 beer-soaked local and travelling supporters trying to out-sing each other.

Being an Indian visitor to the country has its disadvantages. Almost everyone would try to remind you that South Africa could hold a general election and the IPL, at two week’s notice, simultaneously, while a trillion-dollar economy of a billion people couldn’t. But then, Indians are probably nuttier about both.