On 26 February, Pranab Mukherjee is expected to start rolling back the fiscal stimulus. How exactly he does it will be under close watch. 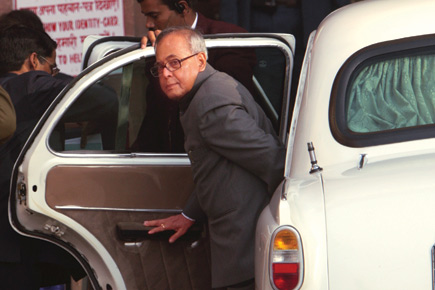 On 26 February, Pranab Mukherjee will start rolling back the fiscal stimulus. His moves will be under close watch.


Unlike his predecessor P Chidambaram, India’s current Finance Minister Pranab Mukherjee is not very literary minded when it comes to Budget speeches. While Chidambaram paid as much attention to his turn-of-phrase as taxation rates, almost always using the Tamil poet Thiruvalluvar for inspiration, Mukherjee prefers a no-frills approach to Budget speeches, not venturing beyond Indira and MK Gandhi for quotable quotes. This year, if the Finance Minister sticks to his style, it could turn out to be by far the dullest speech in years. In 2009, Mukherjee put self-preservation above pyrotechnics, ignored the barrackers of Dalal Street, and drafted a workmanlike Budget to see off the economic slowdown. It worked, more or less.

This time round, how Mukherjee pegs the fiscal deficit back from a high 6.8 per cent to the targeted 5.5 per cent of GDP, and hence the manner and pace of the Government’s stimulus rollback, is the only issue that exercises most watchers of the Indian economy. After all, the Reserve Bank of India (RBI) has calibrated its own reversal of its monetary stimulus on the assumption of a better balanced budget. And with the public issue of shares in the state-owned National Thermal Power Corp (NTPC) having proved such a flop with investors, in sharp contrast to Reliance Power’s thunderous issue of 2008, it does not seem easy raising funds through disinvestment in the near term.

What could have been the Budget’s centrepiece, the launch of a goods & services tax (GST) to replace the current labyrinth, is not expected; its implementation has been postponed by a year.

Usually, in the run up to every Budget, the Ministry is swarmed by industry lobbies and manufacturer associations pushing for duty cuts, tax breaks and assorted sops. This year, India Inc’s expectations have been rather muted. But it’s not a bad thing at all. For business, policy predictability is a big plus. Also, why fix what ain’t broke?

It is widely acknowledged that the country’s economy has done fairly well over the past two quarters, surpassing expectations. Automobile and consumer goods sales have hit record highs. The industrial sector overall is estimated to grow at about 10 per cent and services by 8 per cent this financial year, despite the wider world being only in the early stages of recovery from its crisis.

“It’s fair to say that industry expects very little from the Budget this year,” says Vikas Vasal, executive director at the services firm KPMG, “Most likely, there will be status quo on most fronts. The FM doesn’t have the fiscal freedom to embark on new big-ticket social sector schemes. The direct tax code is at the discussion stage, and the roll out of GST is still on the horizon. So there’s not much structural change possible this year.”

But their continuation has become a major point of public debate. RBI Governor D Subbarao, Planning Commission Deputy Chairman Montek Singh Ahluwalia, and even Prime Minister Manmohan Singh have at various occasions indicated that the stimulus would have to be withdrawn steadily. Everyone agrees that a sudden withdrawal could undo all the good work. Assistance to exports, at the very least, cannot be rolled back with fears of a renewed slump, say economists. With the global economic recovery being led largely by Asian economies such as India and China, even as Western economies worry about a ‘double dip’, what the FM does this year is therefore likely to be international news.

On exactly how much stimulus can be withdrawn safely, there is no unanimity yet among economists. “It’s still not clear if the recovery, even in India, is for real,” says Indranil Pan, chief economist, Kotak Mahindra Bank, “Data available in India on employment generation and income growth is poor. So it would be unwise to cut back stimulus. Ideally, the FM could choose the middle path: a full rollback of tax cuts on services and partial for excise duty.”

Whichever way it is done, the Government will still need a lot more money than it gets. “The net borrowing will be slightly lower, but still close to Rs 60,000 crore,” estimates Pan, “And don’t forget there will be a lot of redemption pressure in 2010. Given the de-sequestering of Market Stabilisation Scheme bonds that happened last fiscal, and the high borrowings of the last couple of fiscals, the Government’s interest burden will go up by Rs 25,000 crore at the minimum.”

Someone, surely, would have to cough up more money in taxes. The obvious candidate is the automobiles sector. With its sales hitting record highs (150,000 cars sold in January alone, a hefty 40 per cent jump), there is a sense of inevitability about factory gate taxes on cars and two-wheelers going up. Get ready to pay at least 3-4 per cent more for your new car come March.

But there are other sectors such as real estate that haven’t been as lucky. “The stimulus should continue for at least another two years,” says Rakesh Singh, marketing head, India Cements, South India’s largest cement manufacturer. “Despite real estate prices dropping more than 15 per cent, demand hasn’t picked up in cities such as Hyderabad and Bangalore,” he adds.

But the biggest problems for the economy could arise on the farm front. Food price inflation has been a headache for nearly two years now. The structural problems of Indian agriculture have been difficult to paper over, and even the medium term outlook is bleak. “We are in for big, big trouble as far as agriculture is concerned,” warns Rajesh Srivastava, chairman, Rabobank India, “I’d suggest the FM should sacrifice a bit on the fiscal deficit front, if required, to sort out the mess in agriculture. There still is no focus on raising productivity. The Government must do something to bring about a second green revolution. We are already a few years late.” He suggests fiscal incentives for R&D in seeds and agri inputs. Haphazard taxes must go. For instance, when edible oil prices soared last year, the Government allowed imports with virtually no levies. Now, despite India’s bumper oil seeds harvest, it doesn’t make business sense for mills to procure seeds locally to crush, as imports are cheaper.

A recent Ficci survey of economists too argues that the rot in the agriculture sector needs to be addressed on a ‘mission mode’ basis. Otherwise, inflation could become a chronic problem that could wreck India’s growth story. If let loose, inflation, apart from hurting consumers, could result in misallocated resources. The RBI has declared itself worried on this score. Its recent 0.75 per cent hike in the cash reserve ratio, the amount of cash that banks must park with the central bank, was aimed at anchoring inflationary expectations, but without disturbing an economy just getting over the shock of a global crisis. The tilt, some say, was towards growth. “The RBI has highlighted that its main policy instruments are all currently at levels more consistent with a crisis situation than with a fast recovering economy,” says Citigroup economist Rohini Malkani.

So, will Budget 2010-11 be for an economy in fourth gear? Or one still besieged by fear?