William Dalrymple: Living in the Past

Few people carry gravitas and mirth in equal measure. William Dalrymple is one of those exceptions 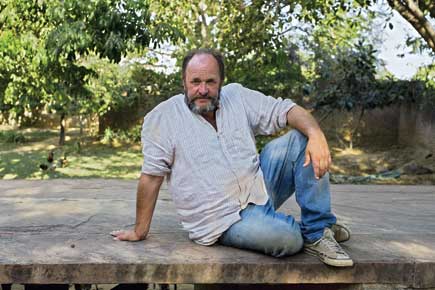 Few people carry gravitas and mirth in equal measure. William Dalrymple is one of those exceptions. He can write and speak on issues ranging from Bahadur Shah Zafar to the Kohinoor diamond to the mountains of Hindu Kush with authenticity. His knack for laughter and his ease with people has ensured that the podiums at the Jaipur Literature Festival (of which he is a director) often transform into drawing rooms of delight and repartee. When he is on stage, entertainment is guaranteed. His books similarly enlighten while also engaging the reader. While he has come out with seven historical narratives, he is now out with his first photography book, The Writer’s Eye. His last book Return of a King: The Battle for Afghanistan (2014) spanned 560 pages, and ‘provided the fullest and most powerful description of the West’s first encounter with Afghan society’, as reported in The New York Times Book Review. The Writer’s Eye, on the other hand is devoid of even photo captions and captures simply the author’s wanderlust ways. His tome The Anarchy: How a Corporation Replaced the Mughal Empire, 1756-1803— which details the East India Company’s plunder of vast tracts of south Asia, and the lessons to be learnt—will be released later this year.

“Photography and writing come from two very different parts of the brain. When I write a book, it is an intellectual exercise. Every decision about every letter will be considered. When you take a photo, it is an instant thing. It comes from the visual part of the brain”