Why He Still Matters 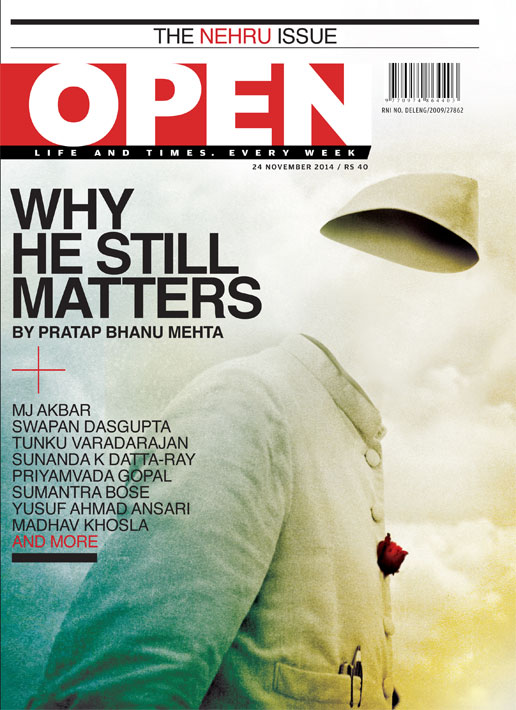 First a Democrat, Then a Socialist ~ by MJ Akbar
What would Nehru have done if he were alive today, amidst the war between modernity and religiosity?

The Clever Panditji and the Emotional Netaji ~ by Swapan Dasgupta
Nehru bided his time and came out trumps. Bose rebelled against the mainstream and found himself as an unsuccessful De Gaulle

Homeless in Allahabad ~ by PR Ramesh
In his hometown, Nehru is an outsider who has little relevance beyond the arcana of history

How the Pandit Lost the Valley ~ by Sumantra Bose
It was in 1953 that Kashmir’s estrangement from the Indian Union began. Blame it on Nehru

Nehru, the Lady and Middle-Age Morality ~ by Sunanda K Datta-Ray
How he juggled with supreme ease the personal and the public

The Last Stylist ~ by Tunku Varadarajan
From his sartorial elegance to linguistic flair to sexual charisma, Nehru was the aesthete-moderniser

Documentary Dictatorship ~ by Sunil Raman
Shame: the Nehru Papers are still inaccessible to most Indian scholars and researchers