Even if the speculation in Delhi is true, a Kamaraj Lite Plan is unlikely to help the Congress 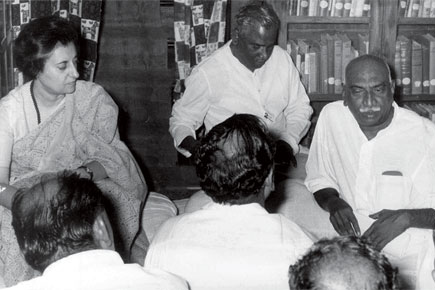 Even if the speculation in Delhi is true, a Kamaraj Lite Plan is unlikely to help the Congress


Four second-rung ministers of the Union Cabinet are reportedly offering to quit their government roles for the sake of the Congress party organisation. This has fuelled speculation that the party, in a desperate bid to salvage its public image, is toying with a new version of the Kamaraj Plan of the late 1960s. While there is no official word on either the resignation offers or the High Command’s desire to opt for a political exercise as drastic as that, it is worth noting that the resignation offers can hardly be equated with the plan’s demands.

The Kamaraj Plan was a political exercise formulated in 1963 by K Kamaraj, a senior Congress leader. It proposed that all senior Congress leaders resign their governance posts and devote their energy to the party’s revitalisation. The plan was supported by the then Prime Minister Jawaharlal Nehru. In its aftermath, six Union ministers and six chief ministers—including Lal Bahadur Shastri, Jagjivan Ram, Morarji Desai, Biju Patnaik and SK Patil—quit their posts.

Compared to such a major overhaul, what is now being touted as the new-age Kamaraj Plan is simply too mild. It entails resignation offers by ministers who are too lightweight to effect any reversal in the Congress’ fortunes. Rural Development Minister Jairam Ramesh, Law Minister Salman Khurshid, Overseas Affairs Minister Vayalar Ravi and Health and Family Welfare Minister Ghulam Nabi Azad may be conversant with the party’s organisational affairs, but none of them is comparable— in stature or mass appeal—to any leader who had quit a post as part of the Kamaraj Plan.

What the Congress needs at this juncture is not cosmetic change but a drastic overhaul—at both the party and government levels. For the Kamaraj Plan to be re-implemented in letter and spirit, senior ministers like Pranab Mukherjee and AK Antony need to be conscripted for the task of strengthening the party. And even if the Congress manages to rope in such senior leaders, there is no guarantee that the magic plan would in itself be enough to rescue the party from its current crisis.

Even back in the 1960s, it was not enough. The Kamaraj Plan may have ensured that the party had the efforts of several heavyweight leaders at its disposal, but the general election that followed turned out to be the worst that the Congress had ever contested. The grand old party, which until then had never won less than 73 per cent of the Lok Sabha’s seats, barely managed to scrape through in 1967. Of a total of 520 seats, the Congress won only 283, a simple majority, but its lowest tally ever.

Also, for the first time, the party suffered major setbacks in several states, as non-Congress governments took power in Bihar, Kerala, Orissa, Madras, Punjab and West Bengal. Until 1967, the Congress had never won less than 60 per cent of all assembly seats. In that context, these electoral results were calamitous. They made it clear that the internal crisis of the 1960s’ Congress—the absence of popular leaders like Jawaharlal Nehru and Lal Bahadur Shastri, worsened by a factional feud between Indira Gandhi and Morarji Desai—had a greater bearing on electoral outcomes than anything the Kamaraj Plan could muster.

Another Kamaraj Plan, if that is indeed what is playing on the mind of Congress President Sonia Gandhi, is unlikely to halt the party’s slide, for the crisis this party faces today has multiple dimensions. Conscripting senior leaders for party work would help, but that won’t be sufficient. Such a plan will not, for example, improve the Congress-led UPA Government’s impression now held by voters at large; or revive the party in the crucial Hindi belt; or end the crisis it has created in Andhra Pradesh, a state that has underpinned the UPA’s stability by sending a large Congress contingent to the Lok Sabha in two consecutive general elections. Such a plan is also unlikely to end the leadership confusion at the top of the party, with tangled lines of authority exercised by Sonia Gandhi, Rahul Gandhi and Manmohan Singh.

The general election of 2014 is not too far away. To prepare for it, the Congress does not need a poor variant of the Kamaraj Plan, but a thorough shake-up that sets both its government and party organisation on a credible trajectory to victory. This would demand a realistic, frank and no-holds-barred rethink of both the leadership and direction of these two.