Where Their Support Comes From

What Narendra Modi and Rahul Gandhi score in an Open/C-Voter survey among voters based on gender, age, social grouping, zone or region, income groups and education groups 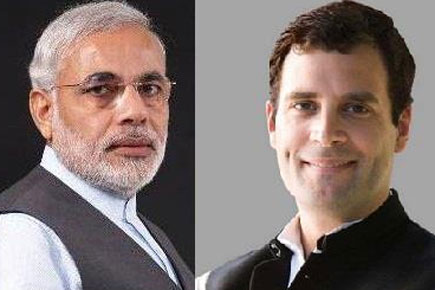 An Open/C-Voter survey shows men are more gung-ho about Modi than women, though even among women he is more popular than Rahul Gandhi


The 19 percentage point gap between Narendra Modi and Rahul Gandhi among male respondents falls to a much smaller but still large gap of 6 percentage points among women respondents. While the lead Modi enjoys among upper caste Hindus (UCH above) is not a surprise, the advantage he enjoys among OBCs and the narrow gap among Tribals is the real takeaway. The Muslim antipathy to Modi is also clearly reflected in the difference in the third graph below.

How the Survey Was Done

The basis for this ‘leadership’ research (along with the Issues and political support parameters) is the weekly CTS (C-Voter Tracking Survey), which has now been running for the fifth consecutive year, starting immediately after the 2009 Lok Sabha elections. CTS has conducted and analysed close to half a million interviews at the state and national levels, which makes it the largest in any tracking survey of its kind.

Samples collected during this survey are nationally representative, selected randomly by CATI (computer-aided telephonic interview) across 28 states in India. Once the respondents are randomly selected across the country, their demographic profile is obtained directly from them, and the responses are weighted to take care of any imbalances in the sample. The data is weighted to the known demographic profile of the state as per the 2001 census. Thus, the calling data fully covers India, both geographically and demographically. The margin of error is +/- 3% at the national level and +/- 5% at the regional level.