The UPA has been given an opportunity to fulfill a billion hopes. Yet, the Centre has created unnecessary pressure on itself by declaring a 100-day deadline 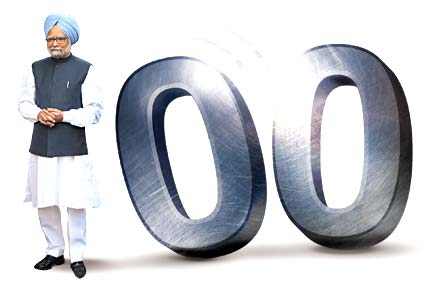 
Imagine, India have just won a Test match reasonably well. The skipper’s holding a press conference and doling out the customary analysis and praise for teammates. Journalists ask him about the team’s strategy in the next Test, and he says: “We have decided to treat the next match as a bunch of T20 matches spread over five days.”

What do you think the reaction of journalists will be? How will cricket fans or the cricket board react? And, if the team manages to stick to the captain’s declared strategy, won’t it just make it easy for the opposing side to level scores? Now, apply this analogy to the Congress-led United Progressive Alliance government, which has decided to approach its second consecutive term in power with a grand 100-day plan.

The mandate that people gave the Congress-led formation in the recent Lok Sabha election shows that they want the government to continue with the work it did in its last tenure and, most importantly, believe that it will rescue the country from the jaws of recession. But a not-so-good monsoon is already threatening to destabilise the economy further. For the vast majority that subsists on agriculture, the equation is simple: no rain equals no food.

At such a time, the government has created unnecessary pressure on itself by declaring a 100-day deadline for setting almost everything right. And the pressure is showing. Sample this: the government rushes in to announce that it will do away with Section 377 of the Indian Penal Code that criminalises homosexuality. As reactions pour in, Law Minister Veerappa Moily says his words were misinterpreted and the government is in no hurry to seek amendments.

Then, HRD Minister Kapil Sibal announces without consulting the states that he wants to do away with Class 10 board exams. He wants to implement the Yashpal Committee’s recommendations within this 100-day period, even though the committee and the PM’s National Knowledge Commission are not in complete agreement over this plan. Education figures in the Constitution’s concurrent list and unless all the states are in consonance with Sibal’s plans, the sweeping changes will not be easy to implement.

The list of what the UPA wants to achieve in 100 days is endless. It wants to introduce the Women’s Reservation Bill and press for its early passage. This, despite the fact that the Bill was first introduced in 1996 and is yet to become law, which reveals the elected legislators’ own lack of commitment to the cause.

The UPA has been given an opportunity to fulfill a billion hopes. It can do better by promising less and delivering more. A good opening is about building an inning that lasts, not exploding over 20 overs and undoing all that has been gained by winning the toss.