A woman remembers her best friend, a man dubbed a Maoist and killed by the Republic of India. He happened to be her journalist husband 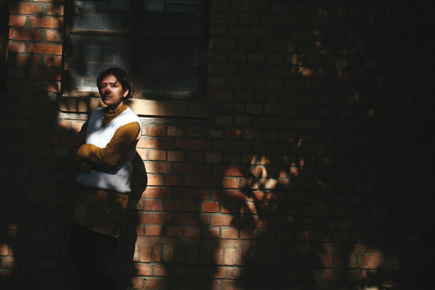 A woman remembers her best friend, a man dubbed a Maoist and killed by the Republic of India. He happened to be her journalist husband


“For the first time in my life,” says Babita Pandey, “I had a wifely chat with Hem a night before he was to leave for Nagpur.” They discussed how they never took a holiday in their eight years of marriage, she says. “I told him that there were so many things that had been left unsaid in our relationship, and that we needed to plan our lives.” She remembers his putting aside the book he was reading and smiling at her. She remembers his words. “He said our life is a part of the larger events that shape this society, and that it cannot be separated from what’s happening in India or elsewhere in the world.”

Babita sits on a boulder at Jawaharlal Nehru University, and her eyes well up at the memory of Hemchandra Pandey, her husband: “My best friend,” as she calls him. It is sunny and she squints, perhaps as a ruse to hide her tears. Sometimes, she brushes imaginary dust off the dial of her Sonata wristwatch. Sometimes, she looks at her worn socks or her hang-nail fingers clutching her knees. A cup of warm tea sits by her side. It is two days since the Supreme Court issued a notice to the Centre and Andhra Pradesh government on a petition filed, among others, by Babita, seeking a judicial probe into the killings of Maoist leader Azad, 58, and journalist Hemchandra Pandey, 32. “We cannot allow the Republic killing its own children,” a court bench had observed.

The two were shot dead together last July by security forces in an alleged fake encounter. Azad had on him a letter written by Swami Agnivesh, the mediator appointed by the Centre for talks with Maoist insurgents. The police said that Hem was a Maoist as well and that both were killed in an armed engagement in Adilabad district of Andhra Pradesh, close to the Maharashtra border. Civil rights activists, however, allege that both of them were picked up from a hotel in Nagpur, flown in a helicopter to the jungles of Adilabad, and then executed in cold blood.

Azad was supposed to travel to Bastar from Nagpur to seek the opinion of a section of the Maoist leadership on talks with the Centre. The post-mortem reports of both Azad and Hem suggest that they were shot from very close range, even as an independent probe carried out by human rights groups tears apart the police version of events in Adilabad’s jungles. Activists allege that Hem was killed alongside Azad because the police did not want an eyewitness to survive. An agitated Swami Agnivesh, who has complained about what he terms the “Government’s deceit” (in luring Azad into a talks trap), had been demanding a judicial probe into the ‘encounter’.

Babita remembers the day very well—the day Hem left for Nagpur. It was 30 June, and Hem left for his office to check the last page of the Hindi magazine he used to help bring out. He returned in the afternoon, Babita says, and left soon after to catch his train to Nagpur. “I called him in the evening,” recalls Babita, “he picked up his phone and laughed gently. He said there was a fat man sitting on his seat. He said, ‘I’ll sit in a corner.’ I said, ‘No, you ask him to vacate that seat—after all, it’s reserved for you.’” That night, Babita didn’t call again, to her everlasting regret. The next morning, when she called, Hem’s mobile was not reachable. She tried again later in the day. This time, she found the phone switched off.

“I got really worried since Hem would make sure that he calls me from wherever he was,” Babita says. On 2 July, Hem was to return on a train that would have arrived in Delhi at 7.30 am.  Babita cooked him a breakfast. He should have been home by nine. When he didn’t arrive, Babita went to the railway station to check whether the train was delayed. It was not. By late morning, news of Maoist leader Azad having been shot dead in an encounter was breaking across TV news channels. It was not all that was to break that day.

A friend of Babita caught a picture of Hem’s body in a newspaper, and alerted her brother to it. The horror took several staggering moments to sink in—he too had been shot. “He was wearing the same shirt I had taken out for him,” says Babita, “a cotton shirt, since I knew it gets very hot in Nagpur.”  The shock began turning to numb acknowledgement only once she saw Pandey’s decomposed body. It was a sight all too painful, worsened by the labels some sections of the media started slapping him with. “He was just a left-leaning journalist who would spend most of his meagre income on books,” she says.
Both Hem and Babita are from Pithoragarh district in Uttarakhand that shares its boundary with Tibet and Nepal. In his college days in the late 1990s, Hem was an active member of the students wing of a left-wing party. Babita was still in school when they met. “He would come home with my brother. I liked his serious demeanour. He spoke very little and introduced me to the world of books,” says Babita. She remembers Hem lending her Premchand masterpieces like Godaan and Gaban and also Gorky’s Mother. “I was very young and understood very little, but I read them all,” says Babita. It was in 2002 that they got married—in July.

Even after marriage, Hem would prod his wife to read and write on women’s issues. “He often said that self-independence was the first step towards women’s liberation,” Babita says. The two moved to Almora, where Babita worked for a newspaper while Hem immersed himself in people’s movements such as peasant agitations and calls for prohibition.

Babita says her friends or relatives never understood their marriage. “They would say, ‘You people never go out, say, to watch a film or dine at a restaurant.’ Some of them thought we had hit a rough patch. But I always had the best possible time with him, though his lack of interest in domestic issues would sometimes bother me.”

The Pandeys moved to Delhi in 2006. Hem began working as a freelance journalist, and, according to Babita, wrote more than a hundred articles for various newspapers, mostly on agricultural issues. He was a true leftist, she says. “In my absence, he would clean the house, wash utensils and even cook food. He would not let me make tea in the morning, asking me instead to go through newspapers and tell him about reported events.”

All that is now long gone. After his death, Babita has been trying to get back to a regular life. “This is what Hem would have wanted,” she says. But it has been tough. A police party even raided their house in her absence and claimed to have found ‘incriminating evidence’ of Hem’s Maoist links. What they’d found was a stack of books no more subversive than the works of Lenin and Engels, she says, and some Maoist press releases. “There were no binoculars, or for that matter any fax machine there, as the police claimed. Only one computer was there that Hem would use to write. Books, yes, but is that a crime?” If the cops were suspicious, Babita wonders why Hem could not have been arrested instead of shot. “Even if he was a Maoist, the police had no right to kill him. You know, he had sympathies for the lower strata of the police force as well, and he would say that they were just trying to earn a living.”

After Hem’s name surfaced along with Azad’s, many friends advised Babita not to speak of Azad, since that would associate the name too closely with her husband’s. “But I cannot do that,” she says, “Azad and Hemchandra Pandey’s names are linked in the same chain now. Moreover, Azad’s death is equally tragic.”

Babita pauses every now and then, as if to give her best friend’s memories some space. He was young, she says, too young to have died like this. Thoughts ebb and flow in her mind—perhaps Hem would still be alive had she called the night he left. Or if she had accompanied him, as she had wanted (a plan spiked by lack of money). She misses the tea he’d make. She misses the articles he’d read aloud, and explain word by word. Like Arundhati Roy’s account of her visit to Maoist territory.

After Hem’s death, Babita has not returned to her East Delhi residence. But she plans to go there one of these days. She hopes the police have left untouched a pair of shoes she had bought for Hem from Delhi’s Karol Bagh market just days before he died. Or his shirts, the few he had. Or his books, the many. “I just want to keep them with me,” she whispers.

After the interview, as we walk towards the university gate, Babita has a question for me: “You own a house?” Then, another: “How much do you earn?” And then she suddenly goes silent. Perhaps she’s saying to herself what she couldn’t say to Hem in eight years of married life. Saying what was left unsaid.