The Persistence of Caste

From Buddha to Ambedkar, some of our most outstanding minds have tried to fight caste. Why doesn’t it go away, and why are we so afraid to take note of it? 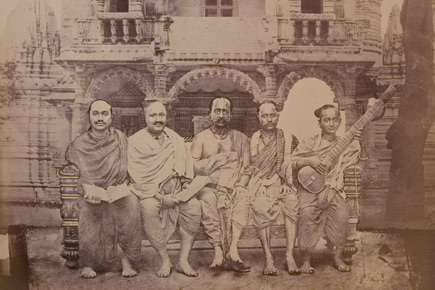 Some of our most outstanding minds have tried to fight caste. Why doesn’t it go away, and why are we so afraid to take note of it?

I do not believe the caste system, even as distinguished from Varnashram, to be an ‘odious and vicious dogma’. It has its limitations and its defects, but there is nothing sinful about it, as there is about untouchability… —Mahatma Gandhi

Commenting on the recent decision of the Indian Government to allow a caste census, a newspaper editorial thundered, ‘The point is, in modern India, must the state impose questions of caste identity on individuals?’ Caste, it assumes, is the very antithesis of ‘modern’ India. Certainly, it seems that at the level of public discourse, Ambedkar has won the debate with Gandhi handily. We now believe that the caste system and untouchability are synonymous.

This argument has been pushed to its logical conclusion by those such as Navi Pillay, United Nations High Commissioner for Human Rights. A South African of Indian origin, she is currently making the case for an international legislation that places caste discrimination on par with racism: ‘Caste is the very negation of the human rights principles of equality and non-discrimination. It condemns individuals from birth and their communities to a life of exploitation, violence, social exclusion and segregation… The time has come to eradicate the shameful concept of caste. Other seemingly insurmountable walls, such as slavery and apartheid, have been dismantled in the past. We can and must tear down the barriers of caste too.’

For her, as for Ambedkar, the concept of caste and caste discrimination are interchangeable ideas. It is difficult to fault such language because it is received wisdom in our times of political correctness. But consider the evidence of what has transpired in ‘modern’ India since Independence. Caste is as entrenched as ever. Increased urbanisation has done nothing to challenge it, but despite severe drawbacks, more has been achieved in the battle against untouchability over the past 63 years than was ever managed in the thousands of years of history leading up to 15 August 1947. If Ambedkar was accurate in his assessment, this would be difficult to explain. Is there then something to be said for the case Gandhi made? Is there a resilience to caste, whether we like it or not, that goes beyond untouchability?

The history of the battle against untouchability doesn’t start with Ambedkar or Navi Pillay. It goes back at least two millennia to the Buddha, who saw no connection between caste and the quest for spiritual liberation. Much the same was the view of the Sikh Gurus in medieval times. They went a step further in their attempt to eradicate untouchability, insisting on inter-dining at the gurdwara langar. To sit and eat together was to undermine the very basis of untouchability.

Unlike Navi Pillay, the Gurus clearly did not equate untouchability with the caste system in its entirety. As Hew McLeod, one of the foremost scholars of Sikhism, notes, ‘…all the Gurus were Khatris (a Punjabi urban trading caste)… All the Gurus married their own children in strict accordance with caste prescriptions…The Gurus, to put it another way, were opposed to the vertical distinctions of caste, but accepted it in terms of its horizontal linkages.’ McLeod had concluded that they were not ‘opposed to caste in all its aspects. To have adopted this point of view would have meant dissolving the glue which bonded Indian society together so firmly’. Admittedly, he was writing of the Gurus, and he had to tread carefully, but with this statement we are not very far from what Gandhi had once asserted.

Indian society has a peculiar feature that marks it out from every other in the world. It is self-similar at various levels of organisation. Each region, each town, in fact each village retains much of the diversity that marks India out as a nation. Different customs, different food habits, different modes of clothing, even different ways of speaking coexist in one village, and this is mediated through the existence of different communities that we term jatis.

A jati is loosely defined by the group that one can marry into. Through the ties of marriage, a jati is a community tied together by common customs, festivals and deities that marks it out from other jatis and also determines its interactions with other such groups. Our diversity is just another description for this system of jatis, which is what the census is expected to enumerate.

Octavio Paz has written of the great encounters of Islam with other major civilisations. He cited three cases: Spain, Byzantium and India. In Spain, Islam was eventually expelled from the region, in Byzantium’s case, Islam triumphed eventually removing all traces of another civilisation, and only in India has coexistence been possible. And the reason for this coexistence is simple: in practical day-to-day matters, India’s Muslims are treated by the Hindu majority as just another jati.

After all, much like interaction between jatis, the interaction between Muslims and non-Muslims is based on precisely the tolerance of differing customs, festivals and food with norms laid out for inter-dining. However imperfect this may be in practice, it is still far better than what has been achieved anywhere else in the world. Shorn of untouchability, caste may be one possible way in which diversity is managed. It is thus no surprise that caste, not modernity, has been the biggest bulwark against the Bharatiya Janata Party’s rise to power. Only in states such as Gujarat, where they have achieved a very modern consolidation of identity under the guise of an invented ‘Hindutva’, have they managed to achieve lasting political success.

In fact, when we start hearing of the discourse of multiculturalism in the West, of the ‘salad bowl’ as a metaphor for what was once the ‘melting pot’, it bears some thinking about how similar this idea is to the jatis that we take for granted.

This practical situation goes hand-in-hand with the theological construction of the Varnashram of the Manusmriti, with its four-fold hierarchical nature of Brahmins, Kshatriyas, Vaishyas and Shudras. In actual fact, the hierarchy of jatis never actually matches the Varnashram hierarchy, but it is only through the Varnashram that untouchability is justified. Yet, as the example of Sikhism goes to show, the existence of jatis, and hence the caste system, is possible without untouchability as sanctified by the Varnashram.

Shorn of the theological support lent by the idea of varna (literally, colour), there is nothing in the system of jatis that can shore up untouchability, which then remains only as a remembered habit. But the jatis continue to exist nevertheless. In confusing the two, the task of fighting untouchability and caste discrimination is unwittingly made harder. It is possible to legislate against untouchability and obtain success, however slowly, but there is no way to legislate against the existence of jatis or the caste system itself, however much the Navi Pillays of this world may argue otherwise. The only practical means by which jatis can be broken down is by widespread inter-caste marriages, but are we expected to declare all marriages within a caste illegal?

This, of course, does not mean that hierarchies don’t exist, or they don’t impose terrible injustices and cruelty, but these can be addressed by actually intervening to alter the circumstances of interaction between jatis, not by pretending that castes don’t exist or that they are inherently odious or shameful. And to do so, we do need to know some hard facts about jatis on the ground, which is where the census comes in.

It is to be expected that enumeration of jatis will be difficult; it will be an incomplete and at times contradictory project, given the complexity of the phenomenon it hopes to document. But this data, however haphazard, will still be an enormous improvement over the current situation where we hazard guesses on the basis of imperfect 80-year-old data or sometimes no data at all.

Those who oppose the census seemingly do so with the best of intentions; they claim to feel ashamed that such an ‘odious’ system still survives, and then suggest that by taking note of it, we actually help perpetuate it. But a lot of this is sophisticated semantic hogwash. Just because categories are ill-defined, or the boundaries between them unclear and at times overlapping, does not mean the categories do not exist.

The current discourse pitches the caste-system as antithesis of ‘modernity’. It is easy to see where the borrowed ideas of our academics trained in the West spring from, and what they conceal. In 1955, Ram Manohar Lohia, one of the most perceptive observers of our politics and a crusader against caste, wrote, ‘Whether any faulty thinking such as bodily taking over of European thought, capitalist or communist, will arrest the process of loosening of castes into classes is more than I can say… A caste structure may emerge in which the political party, the managerial class and the professional class are all fixed in their superior places and the rest of the populace is divided up into hierarchical groups of a lower order.’

The opposition to the caste census is confined principally to a few in these ‘superior places’, and we are left with the odd sight of new Brahmins calling for us to move beyond caste. Taking note of jatis is not going to make the situation any worse, just as ignoring them for the past 80 years has not made them wither, as even the case of some far more perceptive observers of caste illustrates. In 2003, on Lohia’s death anniversary, the then Governor of Jharkhand Ved Marwah attended a function in Ranchi to endorse the Lohiate vision of a casteless and classless society. The function was organised by Jharkhand Vaishya Samaj, members of Lohia’s caste who felt he had been unjustly forgotten by everyone else!