How the Left lost the fight against inequality to the Right 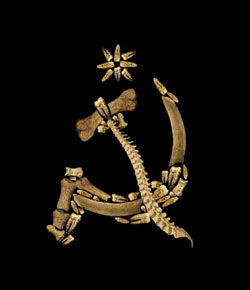 How the Left lost the fight against inequality to the Right

Suddenly, there is hyperactivity in the ideological bunkers of Gole Market in New Delhi. The bunkervaasis, who learnt Revolution 101 in the classrooms of Jawaharlal Nehru University, are fighting over what went wrong with the implementation of the political-tactical line of the CPM firmed up decades ago at the party’s Jalandhar Congress.

The debate would have been fine if the comrades wanted to nominate themselves for the Best Ostrich award—don’t we know their tendency to bury their heads in fantasy? If not, it is not difficult to understand why the Left lost the argument and can’t win in the near future.

Inequality is on the rise everywhere like never before, even in emerging economies like India. Strangely, the fight against it is not being led by the Left, the traditional guardians of the underprivileged, but by right-wing and centrist parties. In India, the trend has been clear: first it was the Congress party that led the fight against it through its entitlement regime, and now the BJP has taken up the cudgels with its strategy— couched in right-wing talk—of teaching people how to fish. Here are few reasons that explain this phenomenon.

Left in a Time Warp: The Left movement in India has been fashioned around an ideology that Karl Marx propounded in the context of the Industrial Revolution. Its adaptation to the Indian context has pursued the same core principles, with its focus on industrial clusters such as textile and jute mills and the mobilisation of an agrarian workforce.

This worked initially, but gradually, as the Indian economy evolved—with synthetics replacing cotton fabric, for example—the context in which the Left had operated began to alter. Similarly, its operations with the agricultural workforce had only limited reach, given the skewed land ownership structures that required the Left to acquire power—as in Kerala and West Bengal—to effect change. So in states like Bihar, Andhra Pradesh and what is now Jharkhand, this space was ceded to the ultra-Left Maoist groups. The failure of the Left to adapt to the new realities meant that stasis set in. Instead of acknowledging this disconnect, the Indian Left started adopting Stalinist purges to deal with internal dissent.

Beginning in the mid-1980s, after a long debate within and outside government, the Indian economy started discarding its socialist shackles. This came in various forms. Trade barriers were lowered, technology was embraced, the industrial licensing regime was dismantled, and so on. Consequently, the nature of the industrial workforce underwent a change as automation began to replace factory floor workers, and higher order skills became critical. Blue- collar strength stood diminished, and it was no longer easy to unionise this kind of workforce. For example, a modern petro- chemical complex can now be run by just 10 employees, all of them managers and engineers, as almost everything else is automated. As the Indian economy grew, this transformation has only accelerated, reducing the role of the Left even further.

Till about the turn of the new millennium, the country’s primary development challenge was poverty. In 2004, when the BJP suffered a surprise defeat, everyone attributed this to an economic agenda that was less inclusive. The Congress came up with its solution of a rights-based regime. Not only did it work, it transformed the Indian social landscape—poverty witnessed one of its sharpest falls ever. This was accompanied by a record growth rate that took the Indian economy to nearly $2 trillion. However, most benefits of this growth accrued to a small segment of the population. Over the decade from 2004 to 2014, the economy was able to add only a little over 10 million jobs, while 12 million joined the labour force every year.

Not only did that move India’s development challenge from poverty to inequality, it also resulted in rising aspirations. Once again, the Left—still stuck in its power-for-the- proletariat syndrome at a time when an organised workforce is a mere fraction of the total—failed to read the biggest structural shift in India.

Like the Congress earlier, the BJP has also appropriated the ideology of the Left—to fight for the underprivileged. The BJP’s strategy of empowering individuals by creating an enabling environment that recognises the advantages of a rule-based society seems well suited to the aspirations and attitudes of young India— remember, 65 per cent of the country’s population is under 35 years of age. So when Finance Minister Arun Jaitley says his party can be “pro business and pro poor”, it is no tautology; he has just taken over the space hitherto occupied by the Congress. The Left has lost the argument and it is fast losing its last Soviet influence in sub-rural Bengal and Kerala. The last fossils of an ideology have nothing to lose now but the redundant book preserved in the haunted AKG Bhavan in Gole Market.

(Locomotif will return next week)