The Centre insists on death for Rajiv Gandhi assassins 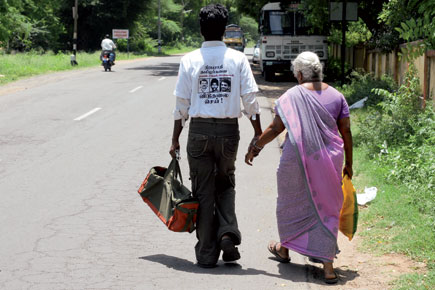 On 21 January, the Supreme Court had commuted the death sentences of 15 convicts, who had challenged their sentences on the grounds of the delay by the President in disposing of their pleas for mercy, and the mental trauma they had undergone during the course of this prolonged wait. A three-judge Bench of the Supreme Court ruled that inordinate delay in the execution of the death sentence is a sufficient ground for commuting the same. However, the central Government wants the convicts hanged; it has not only filed a review petition, but also raised stringent opposition to the petitions filed by the three convicts in the Rajiv Gandhi assassination case. These are separate from the case of the 15 convicts whose death sentences were commuted.

The Supreme Court has made it very clear that seeking mercy is a constitutional right which cannot be decided according to the ‘discretion or whims of the executive’. The court has also said that the nature of the case for which the person is convicted should not be a criterion in commuting the sentence.

The Government has submitted that this verdict would not be applicable to the convicts in the Rajiv Gandhi assassination case because they are not under emotional trauma in jail. As proof, they have said that the convicts have been educated in jail. They have also been participating in the jail’s cultural activities, which, the Government’s arguments goes, shows that they do not go undergoing any trauma.

The Supreme Court, however, reserved verdict on the matter on 4 February at the conclusion of arguments on the petitions filed by the three death row convicts in the Rajiv Gandhi assassination case, Santhan, Murugan and Perarivalan. The prosecution’s interpretation of the court’s observation on the trauma of convicts waiting protractedly to hear the outcome of mercy petitions, is unconvincing. Proposing that a death-row prisoner’s routine activities inside jail—such as studying for a course or participating in cultural programmes—reveal that he/she is not suffering from trauma, and that therefore this provides sufficient reason to execute him/her, sounds irrational.

Police constable J Mohanraj, another member of the team, later challenged the contradictions in the investigation before the Madras High Court (which the court refused to entertain for some technical reasons). The Multi Disciplinary Monitoring Agency (MDMA), the wing of the CBI constituted to probe the ‘international conspiracy’ in the assassination of the former prime minister, has not yet revealed any finding. The MDMA has not concluded its investigation yet. Even the judge (Justice KT Thomas), who pronounced the death sentence in the case, has made a public appeal not to execute the sentence.

The two judicial commission reports–Jain commission and Verma Commission–have raised serious doubts about the involvement of people like Godman Chandraswami and arms dealer Adnan Khashoghi. None of these findings by the commissions has been investigated so far. To be precise, the grand design behind the assassination of Rajiv Gandhi remains an unsolved mystery 14 years after the incident, leaving the impression that something is rotten in the state of our investigations.

The Government has so far made little attempt to address any of these questions. Instead, it is in a hurry to hang the convicts who have already spent more than two decades in jail.