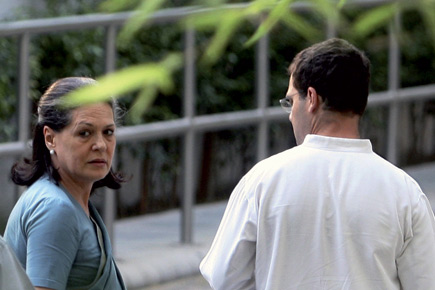 The Congress will likely face another drubbing in the elections that are to be held in six states over the next year, and also, see itself in deep disarray across various others, including Uttar Pradesh and Bihar, thanks to political realignments that are on the cards. Trends indicate that the expected rejig within the party organisation ahead of the assembly polls is unlikely to yield results, considering the extent of trouble that the Grand Old Party faces.

In the next one year, elections will take place in Maharashtra, Haryana, Delhi, Bihar, Jharkhand and Jammu & Kashmir. In four of these six states, the Congress is part of the government. And Sonia Gandhi, Congress president, has vowed to lead the revival of her party after reviewing the resounding defeat in the Lok Sabha polls that ended more than a month ago.

But refurbishing the party in order to pull in votes—and to set the house in order—is easier said than done.

UTTAR PRADESH: In Uttar Pradesh, the most populous state in India, Sonia’s party will have no option left other than piggybacking on the SP or BSP. Unfortunately, aligning with either party will come at a high political cost for the Congress. In the 2014 Lok Sabha elections, the Congress was able to secure just seven-and-a-half per cent of the votes and managed to win only two seats.

MAHARASHTRA: The Congress could be in for a major crisis in Maharashtra where it may lose its key ally, the NCP, led by former party veteran Sharad Pawar, who is increasingly veering towards the BJP. Pawar, whose exit from the party marked the decline of the GOP in the state, is fidgety about continuing to be in an alliance with the Congress following the recent poll setback. The BJP-led NDA secured 50 per cent of the votes in the state, winning 42 seats and reducing the UPA’s tally to 34 per cent of the votes and six seats. If we compare the relative performance of the UPA with its partner, the NCP did better because it won four of the 20 seats it contested, while the Congress could win only two despite contesting 27 seats. It is definitely a cause of major worry for the Congress that some NCP leaders have been making overtures to the BJP and unleashing tirades against state Chief Minister and Congress leader Pritviraj Chavan. Worst-case scenario: the Congress may be left without an ally in Maharashtra in the forthcoming Assembly polls.

News from other states such as Delhi, Haryana, Punjab and Assam offer no scope for cheer for the Congress leadership either.

DELHI: In Delhi, where the Congress was pushed to third place in the 2013 Assembly election, the party was further marginalised in this year’s General Election. The party that ruled the state for the last 15 years could win just 15 per cent of the votes this time. Dalits and Muslims, who have historically been the backbone of its support, shifted their loyalties to the Aam Aadmi Party (AAP) leaving the Congress without a strong base. Assembly-level patterns of the Lok Sabha election indicate that the Congress failed to lead in any single segment, not even in its traditional strongholds which are heavily populated by Muslims. The chances of the party being a meaningful opposition in Delhi look bleak.

HARYANA: In Haryana too, the Congress was pushed to third place in this election, winning just a single seat. Despite increasing depletion of the strength of the powerful Chautala family of the Indian National Lok Dal (INLD), the Congress failed to manage even the second slot, securing merely 22 per cent of the votes polled. If the BJP takes over the reins of this state after the Assembly election scheduled later this year, several corruption cases against the ruling establishment are expected to surface—and some of them may target a member of the Nehru-Gandhi family. If this happens, the Chautala-led INLD will end up emerging as the main challenger to the BJP while the Congress’ fortunes slide further. The Congress, observers say, would then get into an alliance with the INLD.

PUNJAB: The Congress had hoped to repeat its 2009 performance of winning eight Lok Sabha seats in Punjab thanks to a perceived anti-incumbency wave against the ruling NDA. However, the AAP spoiled its chances with a strong debut, clocking 24.4 per cent of the votes and winning four seats. Which means that going ahead, the Congress is in danger of getting pushed to the third place because the NDA, led by the Shiromani Akali Dal, can’t possibly slide any further—it still enjoys a strong backing of the Sikh community.

ASSAM: In Assam, the Congress’ winning streak from the 1996 Assembly election continued till the 2011 Assembly polls when it secured 40 per cent of the votes, decimating the BJP and other regional players. Riding on its campaign against illegal Bangladeshi migrants and soft communal polarisation, the BJP reversed its fortunes this year by securing 36.7 per cent of the votes and winning seven Lok Sabha seats in the state. On the other hand, the Congress won only 22 per cent of the votes and three seats. If the BJP continues its special focus on Northeastern states along with the much-announced “appropriate” policies to deal with illegal migrants, the Congress may find it difficult to make a comeback in the next Assembly election scheduled for 2016. Internal dissidence led by Himanta Biswa Sarma, who was once a confidant of Congress leader Tarun Gogoi, is an indication of things to come for the party. The Congress could look to align with the All India United Democratic Front (AIUDF) to consolidate the minority vote. A local political entity, the AIUDF is fast emerging as the party of choice for Assam’s Muslims.

Reports from Odisha aren’t encouraging for the Congress either. Though the BJP won only one seat in this state, it secured 21.5 per cent of the votes compared with the Congress’ 26 per cent. The BJP certainly has the potential to replace the Congress as the main opposition to Odisha’s ruling Naveen Patnaik-led Biju Janata Dal (BJD). The BJP is committed to expanding its base in Odisha; it offered two important ministerial berths in the Narendra Modi Government to Odisha leaders Dharmendra Pradhan and Jual Oram.

There is disquiet even on the southern front, where the results of even 1977—when the Congress was dethroned at the Centre for the first time—favoured the party. Then, the Congress did very well in four southern states by winning 92 of the total 129 seats; 92 Congress MPs from the South constituted 60 per cent of its total strength of 154 MPs. The scale of disaster for the Congress in 2014 is greater than what it was in 1977; but again, Kerala and Karnataka helped the Congress emerge as the second largest block of MPs by electing eight and nine MPs, respectively. But winds of change are likely to buffet these states as well.

The creation of the new state of Telangana didn’t help the Congress in the state, while the YSR Congress and internal dissidence led the rout in Seemandhra. In Tamil Nadu, the Congress was left to fend for itself after the DMK parted ways with it over the ‘2G’ scam. However, regardless of its alliances, the Congress-led UPA would not have survived the Amma wave. In Karnataka, the BJP came back strongly to secure 43 per cent of the votes, which is a two per cent increase over its 2009 vote share. Even in Kerala, the Congress’ vote share was reduced from 40 per cent in 2009 to 31 per cent in 2014.

Clearly, things look bleak for Congress President Sonia Gandhi who is looking at passing the baton to her son Rahul, a reluctant leader who has consistently failed to breathe new life into the party.

(Devendra Kumar is a Delhi-based political analyst and number cruncher)