India will be a better place, and a more responsible republic, if it can break out of the safety of clichés that characterise the world’s approach to radical Islamism 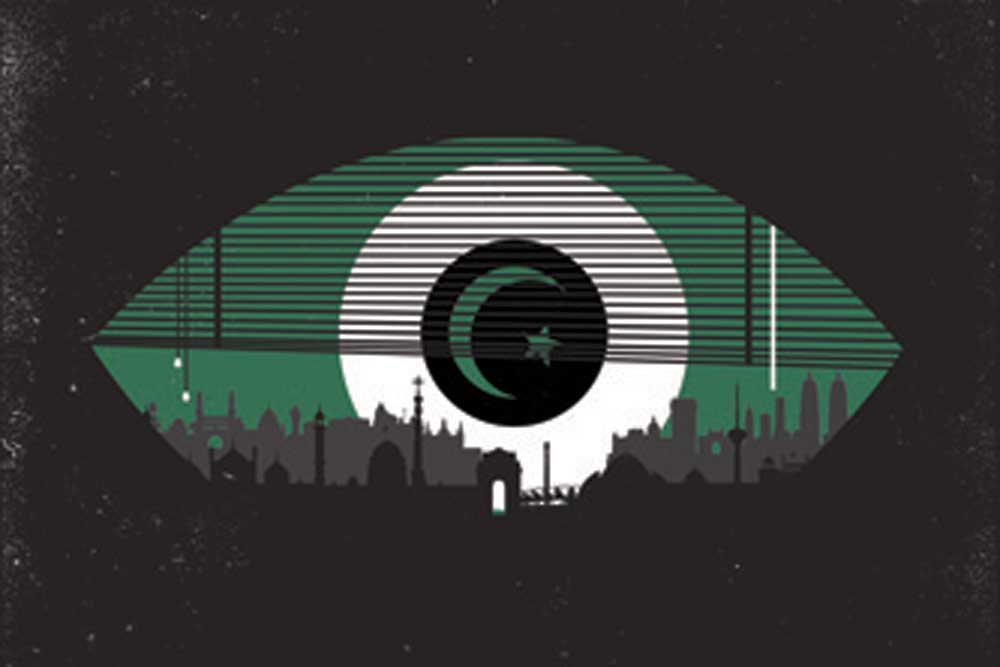 The politics of language is built on evasion and conceit. It looks at truth and retreats to convenient semantics. It seeks the poetics of suffering even while the realism of fear and terror overwhelms the day. It comforts only the conscience of those who refuse to break out of the inherited truisms of the correct argument. Language shields a soothing lie.

It is the politics of language that makes the passage of radical Islam smoother, whether it is in Kashmir or elsewhere in the world.

Take Kashmir. How calming a moral experience it is when we return to the snow mountain, to alienation and resistance in paradise. Or, when we can join the homegrown intifada and throw stones, even if metaphorically, at the ‘occupying forces’. Or, when we can divide a ‘disputed’ territory into a battlefield of bloodied good and jackbooted evil. Or, when we can build an entire ethical system on stereotypes borrowed from the literature of injustice. Or, when we can reduce the pervasiveness of hate to a narrative of brutalised innocence.

We may not yet have a Mahmoud Darwish to lift Kashmir to the heights of poetic sorrow; we have professional lamenters in plenty to make a moral fable out of the Valley. The snow mountain is melting in liberal sentimentalism.

Kashmir has become the most conspicuous Indian part of a global evasion: political Islam is incompatible with freedom; it is in permanent conflict with the secular values of the modern state. Democracy, we may still argue, does not necessarily contain the illiberal instincts of the state. But to argue that Kashmir is nothing more than a manifestation of illiberal democracy is to deny the truth about Islamism and its violent appraisal of the world it thinks is an unpardonable deviation from the Book.

The liberation theology of jihad has come a long way, from the teachings of Sayyid Qutb to the incendiary pulp of Zakir Naik

For the so-called freedom fighters of Kashmir, it is the Book that legitimises the struggle, as it is wherever the idea of justice requires the cult of martyrdom and the certainty of an enemy. In the latest eruption, the martyr was called Burhan Wani, a fighter for the Islamist group Hizbul Mujahideen, which for a few in the Valley is just another ‘liberation’ movement. Is it ‘alienation’ that has made the funeral procession of Wani a massive show of strength against the aggressor, the Indian state? Or, is it solidarity? Wani’s struggle was Islamic, and Kashmir was a geographical context. The clarion call apparently came through the public address system of the mosque.

He was the angriest of Kashmiri youths, who as we know happen to be the most popular subject in op-ed sociology today. In radical Islamism, known in names as varied as Hizbul Mujahideen and ISIS (nomenclature is its only plural aspect), no war is local. Kashmir is just another dateline. This war is the 21st century’s biggest enterprise in sanguineous fantasy, and a martyr’s funeral in Kashmir and an infidel’s beheading somewhere in the sandy remoteness of the Islamic State are the headline friendly expression of the same idea, the same struggle.

In Kashmir today, the history of the Subcontinent is only an adjective to the Islamist struggle. Questions of sovereignty and ownership have already been resolved by the verdicts of civil society, though it will remain a necessary slogan for Pakistan, and it will run through the veins of its dictators. It is no longer a bilateral issue either; it is an Indian issue. Still, India, or for that matter any such victim state (Israel may be an exception), refuses to see it entirely as a threat from radical Islamism. But at what cost?

Terror needs the nourishment of poetry, and there have always been any number of versifiers who played with closed minds

The posthumous mythology built around Wani shows how we are still misreading Kashmir. Wani, in death, has added to the velocity of the intifada. In life, as his video identity (a necessity for the techno-savvy jihad) reveals, he did not really fit into the familiar portrait of the alienated Kashmiri youth who migrated from the ghettos to the frontline of the resistance against the Indian state, the occupier. He was a hero with a higher purpose, and he belonged to the fraternity of warriors for whom the wretchedness of the present was a prerequisite for the glory after martyrdom. If Kashmir is heaven, it is only a post-martyrdom bliss for the Valley’s most dutiful freedom fighters.

Platitudinous politics, or the argument of ghettos-breed-Islamic-militancy, cannot comprehend the Kashmir unfolding beyond headlines. It is an old pretence, administrative as well as intellectual: development and employment can contain extremism. Can it contain the Book? Can it contain the scriptural propaganda that says violence is holy? These questions are asked rarely, and when they are asked by self-confessed ‘heretics’ such as Ayaan Hirsi Ali, they are brushed aside by those who argue that it is not the extremism of religion but the madness of men that kills.

There is a truth in it as long as we deny the textual powers of religion. The knife-wielding killer in orange robes somewhere in Syria, the Kalashnikov- wielding man in balaclava on a Paris street, and the masked stone-thrower in Srinagar may be different people ethnically and culturally, and their effect on the life we live may vary, but they are action heroes in the same thriller of radical Islam.

Once, it was the bearded prophet delivering his sermons from Mount Jihad in Afghanistan that swayed the romantics. Jihad chic has acquired new icons, new locales, and only the enemies remain the same. And even the profile of the aspiring revolutionary has changed, as evident from the report from Kerala, which seems to have a historical need for internalising distant isms. It was communism earlier. It is Islamism today. The new recruits are children inspired by God’s adventures. Justice is elsewhere, not in ‘occupied’ Kashmir nor in dreary Malabar. The Caliphate is on their mind.

Every revolution needs its preachers who interpret the Book to suit the struggle. It is the pathology of political Islam that television evangelists like the Mumbai-based Zakir Naik, who has been vacationing in—where else?—Saudi Arabia, are the ones who claim to be architects of an Islamic renaissance. To build a beguiling alternative, they first need to build an empire of injustice. Words are meant for that, whether they are written in the Book or spoken by its custodians. The liberation theology of jihad has come a long way, from the teachings of Sayyid Qutb to the incendiary pulp of Zakir Naik. Terror needs the nourishment of poetry, and there have always been any number of versifiers who played with closed minds. Naik just happens to be an interpreter of freedom, as exemplified, we are told, by Osama bin Laden, among other martyrs.

India will be a better place, and a more responsible republic, if it can break out of the safety of clichés that characterise the world’s approach to radical Islamism. Kashmir needs a different vocabulary as much as the religion that keeps it afire needs a liberation struggle within. The first may be possible. The second remains elusive.