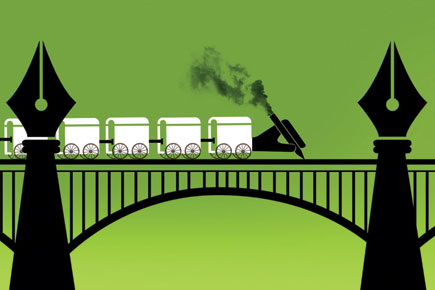 Couple of years ago, while doing a story on the transformations taking place at the Indian Institutes of Technology (IITs), a student gave me a glimpse into the mind of the present day IITian. Decades earlier, his father had almost walked out of the pre-admission IIT interview because his desired stream had not been offered. He, on the other hand, had immediately accepted an MSc—one of the lower courses in the hierarchy—

because after studying relentlessly for years for an IIT seat, all he wanted was to get it over with. He did make a jump to a more respectable engineering stream from the second year onwards, but there were ironies in store ahead. As their course comes to completion, IITians split themselves into graduates who go on to pursue their field of specialisation and those who jump over to more lucrative non-engineering careers like finance or marketing. The student spoke of how interested he had become in his engineering subject, and then, surprising me, said that he had just got an internship with a multinational bank and if he liked it he would follow a career in finance. He had also kept open the option of following advanced engineering in a US university. He seemed spoilt for choice, but unsure of either his interest or ambition.

That indecision or a potential compromise with one’s own inclinations was not really his fault. It is how the traditional role of education in India has been shaped. In a country faced with acute deprivation, education is seen as a staircase to a better life. As the pursuit of knowledge for its own sake, education is usually the preserve of a prosperous society. In India, choosing a course is like buying a company stock, valued according to the returns delivered in the long term. If someone with the IQ of a genius decided to specialise in sociology, the neighbours would blame it on bad parenting. That is why for long good education in India has been identified with a few streams that you can count on your fingertips—engineering, medicine, management, chartered accountancy. In the 90s, infotech programming made an unexpected entry to the list because it was a ticket to go overseas even for an average student and had a relatively low entry barrier since software coding was a new boom sector that required lots of manpower.

That was the circle parents wanted their children in because those outside were condemned to be the underlings of the workforce, the white collar worker whose boss’s boss’s boss would be the inevitable IIM graduate of the same age and whose price in the dowry market would be a hundred times more. But there have been a few shifts in recent times. Nothing radical, but small beginnings of change.

Ashoka University just got operational last year, and its website says the going annual fees for its undergraduate programme is about Rs 6 lakh. It is a surprising amount because Ashoka touts itself as a learning centre for liberal studies and has a special focus on humanities. A BSc or BA degree is the least alluring of choices, but Ashoka expects students to pay a relatively exorbitant sum in return for an education modelled along Western lines, one that is multi-disciplinary and lays emphasis on critical thinking. Ashoka is not the only such example. Lately, there have been a number of new universities —OP Jindal Global University, Azim Premji University, Shiv Nadar University, Nalanda University—that have quality infrastructure and quality faculty to offer bright students a quality education. This phenomenon is largely driven by the private sector; by businessmen who see a lacunae in quality higher education in the country which they want to address. Their motivation might be prestige or leaving behind a legacy, but profit is not the driving force. What these institutions aspire to do is redefine conventional education. Azim Premji University, for instance, focuses on the social sector and will soon churn out a steady stream of professionals for this field.

Give a few years for reputations to be built, and students from these new Ivy League institutions might just boast of credentials enough for blue chip recruiters to vie for their services. Is this the return of Humanities? Can we foresee a not-too-distant future when a Facebook or Goldman Sachs will look beyond the IIMs and IITs at such universities and offer salaries that start at a crore? Is Indian education finally looking over a horizon? It is possible.

If there is a gradual break from the traditional streams, a second phenomenon in the Indian education sector is innovation within those streams. Take management studies, mainly bracketed into finance and marketing. But as India develops and business sectors gain hugely in size and scale, it has become feasible to have management courses designed for specific industries. No one could have thought of a degree in telecom management a decade ago, but now institutes like IIT-Delhi and Symbiosis, Pune, offer this niche course. Even the first management college that India had, the Indian Institute of Social Welfare and Business Management, with a history going back to pre-Independence days, now allows students to choose a new-age course like sports management.

Or take engineering. New initiatives are afoot even if the quality of education has dropped due to a proliferation of institutes in this field. There used to be just four IITs a couple of decades ago, but now there are 17 of them, eroding the brand. But they would still maintain a standard. Many engineering schools often have graduates who are poorly versed in their subjects and ill-equipped to meet the demands of industry. In one of the stories in this package, you will read about a 23-year-old who graduated as an electronics engineer from Hubli. But he had no confidence about his ability to join a workforce because what he had been taught was shoddy. He then devoted another year just to honing his skills. He is a participant in a new trend that ironically arises out of poor education: what the colleges don’t deliver, startup businesses that enhance skills provide.

Those who can afford it or have the scholarship will still likely choose an education abroad to an Indian one, but here too there are changes happening. Increasingly, students are no longer shy of pursuing non-engineering and non- management courses. And the age at which they are looking to go West for studies has dropped. India used to be a country of GRE takers, but the number who take the SAT, a prerequisite for undergraduate admissions in the US, is going up sharply. Countries other than the UK and US are also now enrolling Indian students in courses like fashion styling or hospitality.

An Economic Times article on 24 March showed just how changes in Indian education were filtering through across all connected sectors. It spoke about students now taking loans for ‘new- age courses such as acoustics, music technology, golf coaching, motor sports engineering and leisure management.’ And while banks rooted in the traditional mindset were reluctant to give loans, lending institutions that focus on education were happily catering to them because the engineering and management numbers are coming down. There is something elemental taking place in Indian higher education, but its contours will take some time to be clear. The stories that follow in this package attempt to understand what lies beyond the horizon; what the forces transforming Indian education are and how they reflect on the present.