Myth of the safe scribe

Is the threatened journalist a Pakistani curse alone? 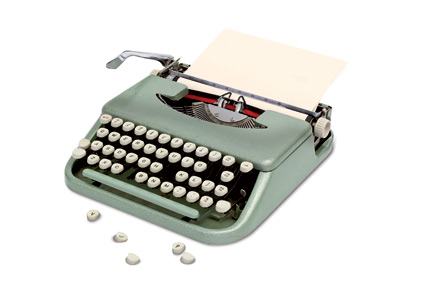 Is the threatened journalist a Pakistani curse alone?

On 19 April, bullets fired by ‘unknown’ gunmen injured Hamid Mir, the acclaimed Pakistani journalist, columnist and political talk-show host for Geo TV. His brother alleges that Pakistan’s intelligence agency ISI is behind the attack. Known to be a strong votary for democratic rule in Pakistan and consistently against religion-inspired militancy, he has never been in the good books of the intelligence establishment. The subcontinent is a dangerous place, particularly for those who consistently speak truth to power. This danger can often be in the form of threats to life, especially if you are in the media. Since I write for daily and weekly newspapers in Pakistan, I happen to have acquaintances in Lahore and Karachi who have become close friends over time. I have met some of them. One of them is Raza Rumi.

My Pathan broadcaster friend Wajahat S Khan had introduced me to Raza. It was Raza who first welcomed the idea of my writing for The Friday Times, the Najam Sethi-edited weekly. Raza was, and still is, a consulting editor with the publication. It is important to state that quite a few of my pieces published in The Friday Times have been quite critical of the human rights and civil liberties situation in Pakistan. I believe that the editorial team also deserves credit for this. Raza has been very active in Indo-Pak peace initiatives, and as the director of the Jinnah Institute, a think-tank, he has been a key participant in Track 2 dialogues of all sorts. He has an ongoing love affair with all things Delhi, and revels especially in the bygone cultural space of north India that encompassed Delhi and his favourite city and hometown, Lahore. He had recently published an exquisite travelogue, Delhi By Heart. I was among the people he shared his manuscript with for comments, before it was published.

On 28 March, I heard that Raza had been shot at by a group of ‘unknown’ assailants. He survived. I suspect that his views, which have always been supportive of greater regional cooperation in South Asia, and especially between Pakistan and India, are not entirely unrelated to the attack.

After anchoring his television show, Raza was on his way to the Data Darbar shrine. That was when bullets rained on his car. His driver succumbed to the gunshots and his bodyguard was seriously wounded. For a long time, he has been one of the most vocal champions of secularism in Pakistan. He has stuck his neck out to bring to people’s notice the continued repression of the hapless religious minorities of Pakistan, who have very few real supporters. Probably the most consequential stance vis-à- vis the attack on him, Raza Rumi has been one the staunchest critics of the Tehreek-e-Taliban Pakistan (TTP) and other extreme Islamist groups that are directly opposed to his vision of a pluralist and harmonious society. Specifically, the Express Media group, for whom he often writes and whose TV channel he does his show on, has been attacked five times with three staff members being killed in an attack earlier this year. Raza Rumi has appealed to the government to provide him with security, and prevent him from becoming the ‘victim of an ideology asserted with bullets and bombers’. Most TV channels in Pakistan underplayed the incident, and reported other items of news on Srinivasan and the Indian Premier League in India.

Now there is a feeling perpetrated by Delhi-based ‘watchers’ and other peddlers of the ‘idea of India’ that things are radically different on this side of the Radcliffe line, that this is some kind of safe haven for journalists and fearless reporters. Of course, the usual exceptions apply. Local journalists in ‘disputed’ territories of India have been paying with their lives and limbs for decades now. You can be beaten up with bamboo canes and dragged along the road by the state police and Central Reserve Police Force if you interview protesting students or take pictures that the powers-to-be don’t want taken. Azhar Qadri of Kashmir Tribune found this out in a painful way in 2012, as did Showkat Shafi, a Srinagar-based freelance photojournalist, in 2011. Both were covering protests in Srinagar. These are not exceptional events, merely illustrative. Delhi journalists who visit such ‘disputed’ areas often enjoy junkets in the name of reporting. As for foreign journalists who might be critical–they are simply classified as persona non grata and denied entry into India, as was the case with the respected American broadcaster David Barsamian who was deported from New Delhi airport in 2011. Barsamian, who had visited India for more than 40 years until then, has said that it was his work in Kashmir that led to his deportation. He is sympathetic to separatists in the state. A closer look tells us that the threat to journalists is more widespread in India, and not only limited to insurgency-hit areas.

Some may think it is strange, while others may think it is not so strange, that if you are already famous, it affords some protection from assaults. This is not fool-proof protection —it only helps you hold out longer. If Raza Rumi were a local reporter in Swat or Waziristan, saying what he has been saying and reporting locally, we would have crossed his tenth death anniversary by now. Or he would have long left for the UK or the US. Or, he would have done what most people end up doing: shut up, change the subjects of his reporting, change his views, change vocation. In India, the complicity of media in sustaining the abuse of power makes the powerful in media quite safe in this sense. Far from a life threat, they might even end up as parliamentarians. But for the honest and fearless reporter on the ground, things are often very different.

Chhattisgarh ranks high on the list of areas where the threat to reporters is very high. ‘Unknown’ people on a motorbike shot Umesh Rajput of the Hindi newspaper, Nai Duniya, dead near his home in Raipur. He had been receiving threats to stop reporting. In Dantewada, Bappi Ray of the regional TV news channel Sahara Samay was harassed after he interviewed a farmer who had been assaulted by the District Collector. Naresh Mishra of Zee TV was badly beaten, and Azad Saxena of ETV and Venu Gopal, a local journalist, were kidnapped to prevent them from reporting from the village of Tadmetla. Surpiya Sharma of The Times of India also faced a denial of entry. According to Reporters Without Borders, an international media freedom-watch organisation, the police rammed the car of the newspaper Bastar Impact’s editor Suresh Mahapatra and several other journalists. The disturbing commonality in these cases is that the finger of accusation points to state agencies such as the police and other security forces. A journalist is attacked to deny people’s right to know the truth. What might be the kind of crimes that need to be hidden away from public view that state agencies consider it worth the bad-press that comes from bloodying journalists?

Chhattisgarh is not the lone bad apple, though the rot there runs particularly deep. The killing in Bhopal of Shehla Masood, Right To Information (RTI) activist and blogger, created some furore, especially in light of the fact that she had been harassed by the police for some time. On 10 February this year, officers of the Indian Reserve Battalion at the Kangla Fort attacked Arindam Chaoba Sharma of the newspaper Imphal Free Press ferociously. In recent times, reports of killings and grievous assaults on journalists have come in from Madhya Pradesh, Uttar Pradesh, West Bengal, Arunachal Pradesh, Manipur, Karnataka and even as far as to the Andamans where the police have continuously harassed Denis Giles, editor of the newspaper Andaman Chronicle. Giles broke the now-famous story of poachers and outsiders sexually exploiting Jarawa women.

At least eight murders of journalists have been reported in 2013. This was the year that India slipped to an abysmal rank of 140 of 179 countries in the Press Freedom Index issued by Reporters Without Borders. However smug may be the claims of the power elite in terms of freedom of expression and hence, the freedom to express freely, a rank of 140 tells another story. Afghanistan and Zimbabwe, two basket-cases in the Anglo-American worldview, do marginally better than Incredible India. If this is the state of freedom of expression, a fundamental right under Article 19 of the Constitution, then one should reflect very critically on what happens to this right when one drives 10 km away from Mumbai or Delhi. If it is any consolation to a warped mind, Pakistan ranks No 158 in the list. The neighbour has managed to make the power-centres unsafe too. As for India, ‘Criminal organisations, security forces, demonstrators and armed groups all pose a threat to India’s journalists’ says the Reporters Without Borders report. On that list, the security forces are the ones that have greatest impunity. Surely then, the violator of liberties with the greatest impunity must be the most serious threat to securing the freedom of expression of people. Raza Rumi, in a public statement, appealed to the state for protection. Where do potential victims of state agencies in India turn to?

If truth is a security threat for the powers-to-be and security forces are engaged in curbing people’s right to know the truth, this is a sad commentary on the state of a republic undergoing the world’s biggest exercise in representative democracy. n

Garga Chatterjee is a post-doctoral scholar at MIT, Cambridge, Massachusetts