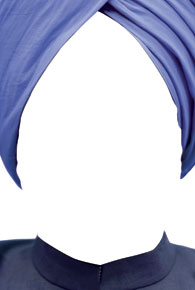 Some men don’t have to fight to win. They stand there in the shadow, invisible, inaudible, and their presence only felt by—what is it, destiny, luck or history? One summer evening in 2004, such a man stood there in the Central Hall of Parliament, as a bit player in a political melodrama. He was just one among the wailing legion who listened, holding their tears back, to the renunciation recital of Our Lady of Deliverance. She, fresh from the battlefield and victorious, said ‘No’, and that broke the heart of the wailers. That was Sonia Gandhi’s moment to regain the throne for the dynasty she was married into. It was the moment for India to get up close with the second edition of Mrs G. Even though the debris of the defeated— a cautionary tale for the Indian Right—was a heart warming sight for her, Sonia Gandhi chose to be led by her inner voice. Much early in her political career, she realised that she could be the most powerful person in the country without being in power. But the man she chose was the unlikeliest of them all. The bit player, a technocrat by profession, a politician by accident, the dutiful outsider who strayed into the Establishment, became the Select One. There was no freedom to whisper in protest against the usurper, and the veterans, the war-scarred horses from the Family stable, swallowed the snub. Still, Dr Manmohan Singh was the right man India needed then. Perhaps, what a country assailed by the extreme passions of politics needed was an apolitical politician. Perhaps what a country impoverished by socialism and let down by the Right that took only five years to undo a historic mandate needed most was the reassuring hands of a moderniser and a moderate. Dr Singh was India’s calling card to the future, so it seemed.

Ten years on, there he is, not as a bit player in a melodrama, not even as a character in a vaudeville, but as a hollow man, a lone man, in the corridor, isolated and abandoned in the evening of his career. The world he inhabits as prime minister is a cheerless world, where he stands, as blankness personified, surveying the wreckage around him, a testament of his inglorious legacy. The Government he heads— not controls—is the most discredited one India has ever had. As ministers fell by the wayside and scandals swirled outside the Prime Minister’s Office, he was elsewhere, and those disembodied monosyllables as defence were as unconvincing as almost everything else he said as prime minister. If Congress is today the unelectable ruling party, it is because of the ruler’s triangulations and opacity; if Rahul Gandhi looks like a man preordained for an impossible task, it has nothing to do with Narendra Modi but everything to do with Dr Singh. While in power—in office, to be apt—Dr Singh in inaction was equal to Congress in intercellular disintegration. As Dr Singh sank, the ground beneath Rahul too vanished. While repudiating his own legacy as liberator of the marketplace, he also brought India closer to the political ethos of a banana republic. The dutiful doctor of the beginning has become, in the dying days of the UPA, a pronoun for damnation. The Family deserved better than this from its biggest beneficiary.

Between 2004 and 2014, it was a wasted decade. The man could have been on the front row of history. He pushed himself outside of history. Nothing worked, except perhaps that flash of adulthood as he called the Marxists’ bluff; the passage of the Nuclear Bill gave us glimpses of a conviction politician, though, it must be said, he was only building on the foundation laid by his predecessor Atal Behari Vajpayee, whose most defining achievement as prime minister was to liberate India from the Cold War mindset of Soviet vintage—and from anti-Americanism. That bravado made him political enough—and saleable enough—to be made the slogan of the Congress campaign in 2009. The ‘meek’ retained the mandate in spite of the ‘strong’ leader on the other side. Manmohan Singh Part Two was a pastiche, and in terms of national interest, an expensive one. In any other democracy, Dr Singh by now should have become an ex-prime minister. When India sought answers, he declared independence from his own cabinet, and when India desperately needed a leader, he retreated into a shell of irrelevance. No man, a good man like him particularly, failed as systematically as Dr Singh did. He didn’t even let his essential goodness come to his rescue.

The script was meant to be different. In the division of powers, he was the State and his employer was the Church, or so it seemed as Dr Singh and Mrs Gandhi struck a fine balance between the Government and the party. In many ways, they were not two disparate characters. They were united by their own private struggles: Dr Singh was still trying to be steady in the political whirl; and for the Congress president, the struggle between Sonia and Gandhi was not yet over. As she grew in power as the Empress Dowager of 10 Janpath, Dr Singh did not keep pace with her in his political growth rate, but his government became the most effective detriment to the growth of the party. When Rahul Gandhi wanted to be the Gandhi with a difference, the stagnation of the UPA Government came in the way of his best intentions. The doctor was supposed to keep the seat warm for the princeling. Rahul is not even waiting, for his idea of India is incompatible with the India ruled by Dr Singh. The State has brought the Church down. Look how a family error has become a national calamity.