How first-world nations fortified their territories to counter terror attacks 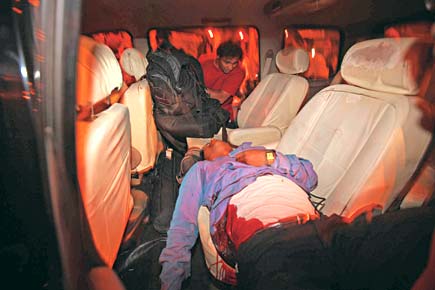 How first-world nations fortified their territories to counter terror attacks.


Terror is not new to free countries. Jihadi groups across the world have threatened democracies such as the United States, the European Union and Israel. To counter this threat, the First World has adopted a strategy that combines preemptive defence, breaking the terror communication chain and sacrificing constitutional freedoms.

They have also leveraged the most critical, yet intangible, element—a cultural sense of nationalism—to their advantage.

It is a potent blend, as a result of which terrorist attacks have been thwarted more often than not in the West. Four aspects define their strategies. The underlying philosophy is simple: you cannot prevent an attack, but you can deter one.

1 Identifying and neutralising the source of terror

Israel has repeatedly entered Syria, Lebanon and Palestine and taken military action across its border. The U.S. has placed its troops in Afghanistan. The Russians entered Dagestan as well as Chechnya in order to get a better handle on terror.

Terror cannot be stopped until it is uprooted from its source. India must face up to this. But the question is: Can we cross the border into Pakistan and destroy the terror camps and the rest of the jihadi machinery? The joker in the pack, of course, is Pakistan’s nuclear armoury. The US in Afghanistan, Israel in her neighbourhood and the Russian republic in Dagestan do not have to contend with nuclear-armed sponsors of terror.

2 Detention, interrogation and conviction through special agencies and stronger laws

The second feature of the First World response to terror is the way it has changed its legal framework. William C Banks, director of the Institute for National Security and Counter-terrorism at Syracuse University, says: “The United States has improved intelligence sharing between agencies and among federal, state and local governments. More video and electronic surveillance occurs now than before. Border screening is more effective now, as is mass-transit and air-passenger screening.”

Apart from forming new anti-terror laws, the challenge in India is fine-tuning existing ones. For instance, if India cannot hang Afzal Guru, who was convicted by no less than the Supreme Court of India in the Parliament attack case, new laws on detention, interrogation and conviction are unlikely to deter further strikes.

India also needs to get its basic policing right. After all, intelligence reports had forewarned of a terror attack from sea. That should have led to a tightening of offshore surveillance. However, the warning was ignored.

Nigel Inkster, director of transnational threats and political risk at the London-based think-tank International Institute for Strategic Studies, says: “India’s intelligence coverage is clearly not good. There are various problems: a lack of adequate structures to analyse and assess terror threats, the lack of a genuinely national intelligence collection capability and the failure of successive Indian governments to treat the problem of terrorism with the seriousness and focus it deserves.”

Gearing up through better technology and special laws is a secondary option. First, India needs to get its basics right.

The terror network needs money to keep it well-oiled. In the US, a large part of the Homeland Security Act deals with how to control the flow of money, often running into millions of dollars that moves across borders and does so anonymously—that is, electronically. The American Patriot Act also amended the previous Bank Security Act. This has changed the way business is conducted in the US. There is a mandate for checks through electronic surveillance on amounts of over $10,000. It also has a special provision for checking any foreign transactions deemed suspicious. Banks and third parties involved are required to cooperate. Failure to do so can even lead to a jail term.

For India, this is a tall order. Sources in the Reserve Bank of India say the presence of a large parallel economy makes electronic surveillance meaningless. For evidence of how widespread the political nexus in money-laundering is, one has only to refer to the infamous Jain hawala scam. The suspects included many in the political class, but none were convicted. Fake currency and money laundering give sleeper cells critical financial support.

One thing that stands out in the Western countries’ response to terror is that for them, the terrorist is the clear other. Once he takes to the gun and attacks the State, he loses legitimacy. Questions of his motives become secondary. Terrorism and violence are unacceptable.

Israel stands united on this. And after the 9/11 attacks, so does the U.S. The sense of oneness and the clear demarcation of the other helps engender unity in the cultural response to terror.

This could well prove to be the greatest drawback in our fight against terror Already, we differentiate terror attacks as Hindu strikes or Islamist ones. This makes a coherent national response to the problem
difficult. Unless the threat is viewed as an attack on the national psyche itself, our ability to respond to terrorism will remain fragmented and hence, limited.