Education: The Silk Route to Degrees

Can’t get into Oxbridge or Ivy League? There are cheaper and attractive options in Asia, Indian students find out 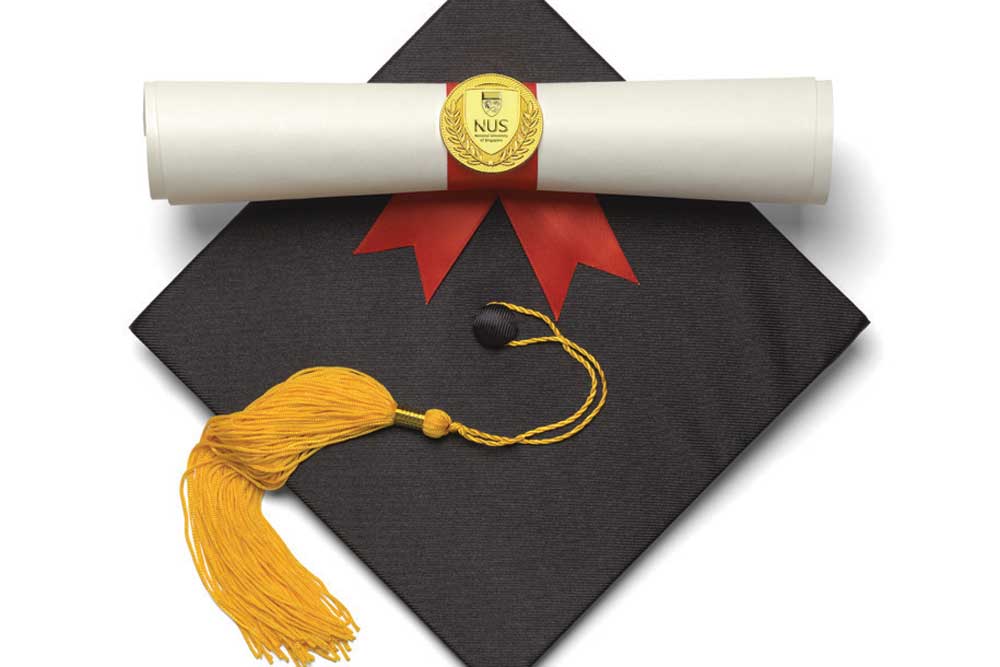 AT THE GLOBAL Education Fair held in Delhi last week by The Chopras, an education consultancy, there was a new question being put to admission counsellors: “Which Asian university will give me the longest work visa when I graduate?” The 300-odd students in attendance who wanted to pursue Marketing, Finance, Medicine or Engineering, all wanted to enroll at a university that would give them the best return in investment. “I am not scared of a little competition. But I don’t want to get stuck in the cut-off rut in India. I want to study abroad and then work abroad,” says Sahil Dixit, 17, one of the attendees. He has already rejected two offers from UK universities, not because the course would cost him more, but because no work visa would be offered at the end of the programme. Instead, he has decided to opt for The University of Hong Kong (HKU), a seat he is hoping to get on-the-spot at its Admissions Day later this month. “I don’t have to sit for an exam. HKU representatives can make an offer based on an interview and basic marks. Most importantly, I can stay on after the course in Hong Kong and look for a job.” HKU also boasts of a nearly 100 per cent placement rate (a trend which has been ongoing for around 10 years now). “It’s a chance for a different life than what you’d get here,” says Dixit, whose brother, now 23, attended a private university in India. “It was expensive. All he did was party, and he’s still working as an intern.”

Another student at the fair, Poornima Murali, 17, says she is considering a programme at SP Jain School of Global Management or Amity University in Dubai simply because it’ll give her a ‘foreign’ education at an affordable fee. “It costs less to study in Dubai and the exposure is better than in India. I want to make friends with people from different countries. Some universities also offer dual degrees, which I am hoping to get selected for.”

The dual degree, which includes foundational years at one university followed by a final year and a degree from a different university (usually one in the US or Europe), has been fast attracting Indian students. Qatar, for example, is now home to Global Education City. An initiative of the Qatar Foundation, it offers students degrees from seven foreign universities including the Ivy League universities, Carnegie Mellon and Cornell Medical School, and the French B-school, HEC Paris, all while studying in Doha.

In 2012, Shalini Patel completed her foundational course in Banking and Finance from the Management Development Institute of Singapore (MDIS) in Tashkent and transferred to Bangor University (a partner of MDIS Tashkent) in Wales, UK. For half the competition and price, Rs 10 lakh (Rs 3 lakh for the course in Tashkent and Rs 7 lakh for Bangor) in tuition fees, and twice the fun, Patel says she became a British graduate. Similarly, Aashna Singh graduated from Shri Ram School in Delhi and opted to study Applied Accounting from London School of Business and Finance in Singapore. The degree she received at the end of her course was from Oxford Brookes University in the UK. “Singapore is so safe for women. I had the best time,” says Singh, who eventually returned to India and now runs her own fashion e-commerce start-up, Olio. “College is one of the most important experiences of your life,” adds Singh.

Patel was equally keen on getting the best out of her college years, her family, however, thought differently. “‘Why on earth would anyone go to Uzbekistan to study?’ was the general consensus. But I did not have the marks to enroll at a public university in India and to study at a private university would have cost around Rs 6-7 lakh. For Rs 3 lakh more I was getting the chance to experience two new countries, two new cultures,” says Patel, who went on to marry a classmate from Bangor and runs her own finance firm in Manchester. Reflecting on her time in Tashkent, she says, every March, as her friends at Delhi University (DU) would start cramming for their annual exams, she would go shopping for a brand new pair of mahsis. Purchasing these traditional Uzbek rubber galoshes was the highlight of her academic year because it signalled the start of Nowruz (Iranian New Year) celebrations on campus. For the next few days, she and her friends would spend hours decorating traditional Haft Seen tables with seven offerings of greenery, pudding, dried fruit of the oleaster tree, garlic, apples, sumac and vinegar. They would dance all night to the sound of dutors (lute), surnays (oboe) and dovuls (drum). And every classroom lecture would end with a feast of rose falooda, baklava, noqi (sugar-coated almonds) and lagan-nu-custard. “My education went beyond the classroom. It didn’t develop my mind alone, it developed my personality and made me the person I am today.”

WITH CUT-OFF MARKS for admission not falling below 95 per cent at Delhi University colleges—which received India’s highest number of undergraduate applications of over 300,000, this year—more and more students have started looking to attend universities elsewhere in Asia. According to education consultancy EGE Global Education, applications to Asian universities have trebled in the past three years, with Singapore, China, South Korea, Hong Kong, UAE, Qatar and Central Asian countries emerging as new education destinations. Singapore in particular has become a favourite, with 3,000 Indians opting to study there last year, a 20 per cent increase from the year before.

Most Asian universities provide work visas to graduates. Some, like NTU Singapore and Hong Kong University, also boast of 100 per cent placement rates

Naveen Chopra, chairman of The Chopras, has been privy to foreign education trends for the last 20 years, and he says the sudden popularity of Asian institutes has been the result of several factors. “First, there is intense competition at home and most students cannot get a seat at top public colleges. Second, studying in Asia is less expensive and geographically more accessible than the US and Europe. Some Asian universities even offer dual degrees with British or American institutes at a reasonable cost. And fourth, universities from China, the Gulf region and Singapore dominate world rankings in terms of research, infrastructure and international ties. Management in China, Medicine in Central Asia and Engineering in Singapore are popular options now. We send around 500-600 students a year to Singapore, which is home to the best university in Asia, National University of Singapore (NUS), according to the latest QS rankings,” elaborates Chopra.

The rankings also feature around 16 Chinese universities, nine Japanese, two South Korean and one Malay university in the top 30 list. Only four Indian institutes feature in the top 50—Indian Institute of Science (IISc) Bangalore, IIT Bombay, IIT Delhi and IIT Madras (at No 33, 35, 36 and 43 respectively). But the difference between the top few and their Indian counterparts is enormous. For example, NUS boasts of 9,443 international students, while IISc has only 35; NUS has 4,524 faculty members with PhDs, IISc has just 426; NUS is the world’s twelvth best university on the QS chart of global rankings, IISc stands at 147.

It’s not ranking alone that is prompting Indians to opt for Asian universities, the institutes themselves are playing a huge role in promoting their programmes and campus life. In the last five years, a number of universities have opened offices in India to assist with applications and conduct annual recruitment fairs. These include HKU, NUS, Singapore Management University, Nanyang Technological University and MDIS. Several Chinese and Korean institutes also offer select degrees in English with optional Mandarin language classes.

John spinks, senior advisor to the president and director of undergraduate admissions and international student exchanges at HKU, has been visiting Delhi for the last six years to hold admission fairs. Along with Indian alumni from the university, Spinks and his team meet parents and potential candidates to answer queries on admission criteria, fees, employment, living conditions and post-study work opportunities. This year, Spinks noticed a change—students who attend the fair are already keen on applying to HKU. “When we first came to India, applicants were more curious to learn about the university; they weren’t as well-versed with HKU and living or studying in Hong Kong. Now there’s not only a spike in applications, students are also more aware of the university; they’ll know the number of employers who come to HKU every year or what kind of research projects they can work on,” says Spinks. The interest is also partly because of returning alumni from HKU and the fact that the university offers immediate work visas to students, something that the UK and US no longer provide. “Hong Kong is a cosmopolitan city. If you are interested in Banking, Finance, Management, what better place to go? At HKU, we have a career cell that prepares students for work applications, interviews and further studies,” adds Spinks.

Singapore’s Nanyang Technological University (NTU), ranked as the 13th best in the world, also takes special care of its international students through a dedicated student affairs office. “The International Student Centre in [this office] is the first point of contact for foreign students. The Centre assists with administrative matters, orientation and the basics of getting essential daily provisions. Studying in Singapore is reasonably affordable compared to the US and Europe. Another key factor for Indian students is Singapore’s proximity to their home country—it’s only five hours away by flight. Being an Asian society, Indian students adapt relatively easily when they come here,” says Er Meng Hwa, vice-president, international affairs, NTU. He adds that Engineering and Computer Science are particularly popular among Indians.

Quality of life is perhaps the greatest draw for Indian students. Tokyo, Singapore, Hong Kong and Seoul all secured a place in this year’s QS list of top ten most student-friendly cities in the world. And students who have studied in some of these places couldn’t agree more. “If I go for a walk around HKU, I would pass a 1,000-year-old monastery, a nightclub, an old tearoom, and a Starbucks. Hong Kong is a city that manages to be both modern and traditional at the same time,” says Abhinav Joshi, a student at HKU. He adds that he was confident of his decision to study in Hong Kong even before his Class 12 results were announced. Kayomarz Bhada, who studied Marketing and Business Administration at American University of Dubai, was equally sure of pursuing higher studies in the Gulf. “It’s too competitive in India. Education should go beyond books and include personality development, cultural growth, and above all, it should be fun,” he says.