Going by the e-buzz, this year’s Lok Sabha polls can be termed India’s first digital election. Voters and non-voters alike seem to be up for it 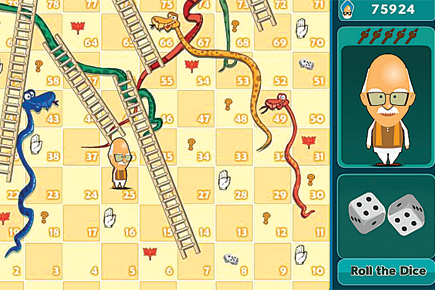 Going by the e-buzz, Elections 2009 can be termed India’s first digital polls


After the phenomenal success of Obama’s new media blitzkrieg in the US, Indian politics has taken to the web with renewed fervour. Going by the e-buzz at least, this year’s Lok Sabha polls can be termed India’s first digital election. Be it voters, non-voters, vote-seekers or fence-sitters, all seem to be up to it.

For the first time, voters in Hyderabad can locate their polling booth online (ceoandhra.nic.in), and receive updates on the cellphone. Political parties have eagerly revamped their e-strategies to get more exposure.

If that was not enough, bloggers dime-a-dozen are already on the pulse. Sample these names: Desi Pundit, Within/Without, Neo-Indian, The Rational Fool, Retributions, Off-Stumped, Doing Jalsa and Showing Jilpa. They are bloggers and they all have a point of view. Among them, you can also find LK Advani, Narendra Modi, Lalu Prasad, Milind Deora, Mallika Sarabhai and Shashi Tharoor. Rahul Gandhi may not have a blog yet, but every word he speaks is web logged.

More than a dozen political parties participating in the elections now have websites. That includes the CPM, a party that once opposed computerisation for fear of job losses. Thanks to search engines that skim ads according to the visitor’s location and demography, the webosphere is splattered with banner ads featuring Indian political parties and leaders. Advani, particularly, seems to be ubiquitous. According to the BJP, more than 25,000 people visit his website daily and most of them read his blog, both in Hindi and English. But at the end of the day, Narendra Modi beats him by generating four times as many searches online.

Even Internet biggies Yahoo! and Google want a share. Both have portals specially dedicated to the Indian election (in.elections.yahoo.com; google.co.in/loksabha2009). And if you are tired of the election frenzy and still want some ‘polity’ fun, Indiavoting.com features an election game, Politicking, where Advani and Dr Singh sweat it out on a snakes and ladders board. For a change, you are the one who rolls the dice.