Like them or not, the brainwaves that no citizen can ignore 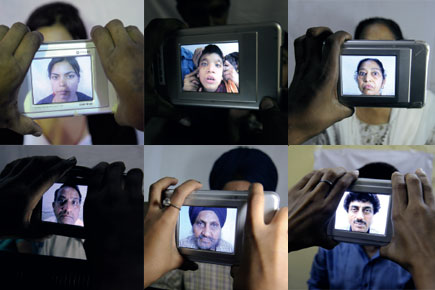 Like them or not, the brainwaves that no citizen can ignore


THE PROMISE OF CHEAP ENERGY

Even at the time of Indian independence, the tremendous potential of nuclear energy, for war and peace, was evident. The constraints, though, were obvious from the beginning. Uranium, the raw material for nuclear power, needed to be processed heavily before it could be used, and in this process lay many of the dangers and drawbacks of using it as a nuclear fuel. In any case, India was in a peculiar position as far as nuclear fuel was concerned, and it required the country to think differently. Homi Bhabha summed this up: “The total reserves of thorium in India amount to over 500,000 tonnes in readily extractable form, while the known reserves of uranium are less than a tenth of this. The aim of India’s long-range atomic power programme must therefore be to base nuclear power generation as soon as possible on thorium rather than uranium… The first generation of atomic power stations based on natural uranium can only be used to start off an atomic power programme… The plutonium produced by the first generation power stations can be used in a second generation of power stations designed to produce electric power and convert thorium into U-233, or depleted uranium into more plutonium with breeding gains… The second generation of power stations may be regarded as an intermediate step for the breeder power stations of the third generation, all of which would produce more U-233 than they burn in the course of producing power.”

It was an ambitious programme, which if successful could ensure energy self-sufficiency for India not just for decades but centuries. The problem is that several decades later, the country has only managed, rather haltingly, to implement the first stage of Bhabha’s vision, and that has been done mainly through imported technology. Over the next five years, a 500 MW prototype fast breeder reactor will go online at Kalpakkam, based on the experience gained by running a 40 MW test reactor. Apart from energy, it will begin the process of breeding fuel for the third stage of India’s programme that seeks to use thorium resources.

While much of this technology has been developed indigenously, and its success still needs to be established, it parallels developments in other parts of the world. India, however, is alone in even attempting the third stage of the programme. Called the Advanced Heavy Water Reactor, it is still under development at the Bhabha Atomic Research Centre. Questions about India’s nuclear programme will remain relevant till the commercial viability of the second stage and scientific validity of the third stage are established. And this is true even without engaging with delays and safety problems that have been a constant part of the first stage of the Indian programme. While the scientific vision and ingenuity of the Indian three-stage cycle is not under question—in fact, if it succeeds, it will be one of the great technological triumphs of modern times—India’s ability to implement it in a practical, transparent and safe manner is woefully open to doubt.

Of all the grandiose schemes proposed in our times, none can quite match the idea of linking India’s major rivers. It is an idea that would have done Muhammad bin Tughlaq credit, but it found its true progenitors in the BJP. The intervention of the Judiciary, in a matter that should be left to the Executive and decided on grounds of scientific validity, is not helping matters. Considered dispassionately, some obvious problems show up. Rivers flow along the natural slope of the terrain. Connecting them and diverting water against their natural gradient requires energy.

Consider one recent attempt: Gujarat Chief Minister Narendra Modi’s grand vision of providing drinking water to Saurashtra through the Narmada project, in violation of its original plan. Water is being forced up against the incline with the use of pumping stations at regular intervals. This ensures that by the time the water reaches Saurashtra, the actual cost is such that the region’s residents might as well have been supplied mineral water. Multiply this a hundredfold, and some sense of the project’s absurdity begins to sink in.

That, though, is only the beginning. The cost of linking India’s rivers, and not just of pumping and diverting water, has never been estimated with any care. By the time it is done, it would require tens of thousands of kilometres of canals and huge reservoirs carved out to store water for the times when it’s actually needed, given that all of India’s rivers are in spate more or less at the same time. This would mean that while normal floods could be mitigated, abnormal ones would get magnified, with potentially catastrophic consequences.

Given India’s record of delays and cost overruns, just the rupee calculations of this exercise should halt the idea in its tracks. However, this country is run by people who refuse to understand the basic principles of compound interest. In the Narmada project, for example, cost overruns and delays have meant that even if it delivers all that was promised (which is hardly the case), it would still be a financial disaster. No matter how you do the arithmetic, that project is a write-off. The grand idea of linking Indian rivers would be a magnified version of the same idiocy—guaranteed, like Tughlaq’s hairbrained schemes, to bankrupt the State.

Last of all, India has a long history of dealing an extremely raw deal to those uprooted by such projects, regardless of the credentials of habitual protestors against the country’s relief and rehabilitation policies. In this case, forget the ethical and moral issues involved, politics should be enough to torpedo this absurd idea. In the Narmada Valley, those displaced were spread along the river’s banks, a huge number but not significant enough to affect election results in any one constituency (given the demographics), but once you multiply this number at least a hundredfold, it is difficult to see any party surviving the wrath of the displaced.

INDIAN ON THE MOON

In its most ambitious space mission yet, India wants to put a man (or woman) on the moon. Such a journey has long excited the Indian Space Research Organisation (Isro), which announced in 2007 that it would begin a moon exploration programme that will ultimately land a compatriot on its surface. In 2009, the Government okayed a budget of Rs 12,400 crore—to be spent over seven years—for the project.

As usual, though, India has woken up late in this second space race, with other Asian countries already having taken huge leaps. China plans a manned lunar base by 2020 as a launch pad for a mission to Mars and other exploratory efforts. Japan intends to match that and more within the same time frame. The search for lunar water resources for their planned bases has begun in right earnest. If India can pat itself on the back, it is for the fact that it was its moon orbiter Chandrayaan I that first found evidence of water on Earth’s sole natural satellite.

But otherwise, Isro is behind schedule. By now, according to plans submitted to the Planning Commission, it was supposed to have screened pilots as potential astronauts, set up a training facility for them, begun another unmanned moon mission, upgraded its communication links, built a third dedicated launch pad at Sriharikota for human space missions, fixed cryogenic problems with its Geo-Synchronous Launch Vehicle, and created a space recovery capsule that can put a human in space for a short duration and safely splash back into the sea. The Devas scam seems to have thrown these plans in disarray, even as the Planning Commission has suspended funding.

Former Isro Chairman Madhavan Nair, who chalked out the moon and manned space mission programmes, admits little work has been done after Chandrayaan I sent the moon an ‘impacter’ from its orbit 100 km above the lunar surface (and American sensors aboard the orbiter found traces of water at the lunar poles). As a follow up, a robotic lander on Chandrayaan II slated for 2013 is expected to drill the surface, analyse samples over a 100 km radius around a spot preferably close to a lunar pole, and relay information to Isro’s Deep Space Network antennas at Byalalu near Bangalore.

For astronauts, or ‘vyomonauts’ as Isro calls them, collaboration with the Air Force is underway. Says Assistant Chief of Air Staff (Space) Air Vice Marshal M Matheswaran: “By 2020, India would have a long queue of astronauts—in later stages, even from other government agencies, and including women too.” At first, about 200 qualified pilots will be shortlisted, of whom four will be fully trained and put into space for short durations, before two are sent off to the moon 400,000 km away. Though manned missions are scheduled to start in 2016, the Rs 1,000-crore training centre planned on a 140 acre campus in Bangalore is yet to be built. Isro has also begun work on a space recovery capsule, and is confident of developing heat-resistant materials necessary for its re-entry into the Earth’s atmosphere. So, will India achieve its lunar dream? It looks as iffy as iffy gets.

India is on the cusp of change. Aadhaar, as the country’s Unique Identification (UID) project is now known, has issued over 148 million cards—each with the holder’s unique number, photograph and biometric data—since the first was handed out on 29 September 2010 in Tembhali, Maharashtra. The grand idea is to change how every Indian citizen stands up to be counted and transacts business with the Government.

The project has not been free of glitches. Parliamentary clearance remains mired in matters of detail, with the National Identification Authority of India Bill, 2010, yet to be passed. All the same, work is underway. The Cabinet Committee on the UID project gave its nod in January to expand its coverage to another 600 million enrolments. Objections raised by the Home Ministry, which had accused the project of duplicating the National Population Registry’s data collection exercise, have also been addressed, and the two are set to coordinate their efforts.

According to UID Authority Chairman Nandan Nilekani, Aadhaar will finally enable India to eliminate poverty—an aim long thwarted by systemic leakages of State handouts—by allowing the direct transfer of cash subsidies to the deserving. Middlemen and corrupt officials will be unable to steal what’s intended for the poor.

Privacy hawks are alarmed by UID cards being made mandatory for all citizens, but they may have no escape. The day may not be far that opening a bank account or getting a cellphone would require this card as proof of identity. Under a pilot project being conducted in Mysore, cooking gas customers need to present an Aadhaar car to get a cylinder. Soon, customers will be asked to pay the cylinder’s full price (about Rs 820 today), with the State subsidy (about Rs 400) sent to their bank accounts if they are eligible. This system, implemented across all of India’s entitlement programmes, would result in a decidedly more efficient economy.

Aadhar cards will also allow payments under NREGA to be made directly to intended beneficiaries, thus ensuring the money does not vanish midway. Official estimates put the cost of a complete UID rollout at Rs 18,000 crore (with Rs 1,758 crore to be spent this financial year). Some have argued that this is a waste of public money. The real worry, however, is the menace such a consolidated database could be if it gets into the wrong hands.