An intelligent and large-hearted star gone all too soon 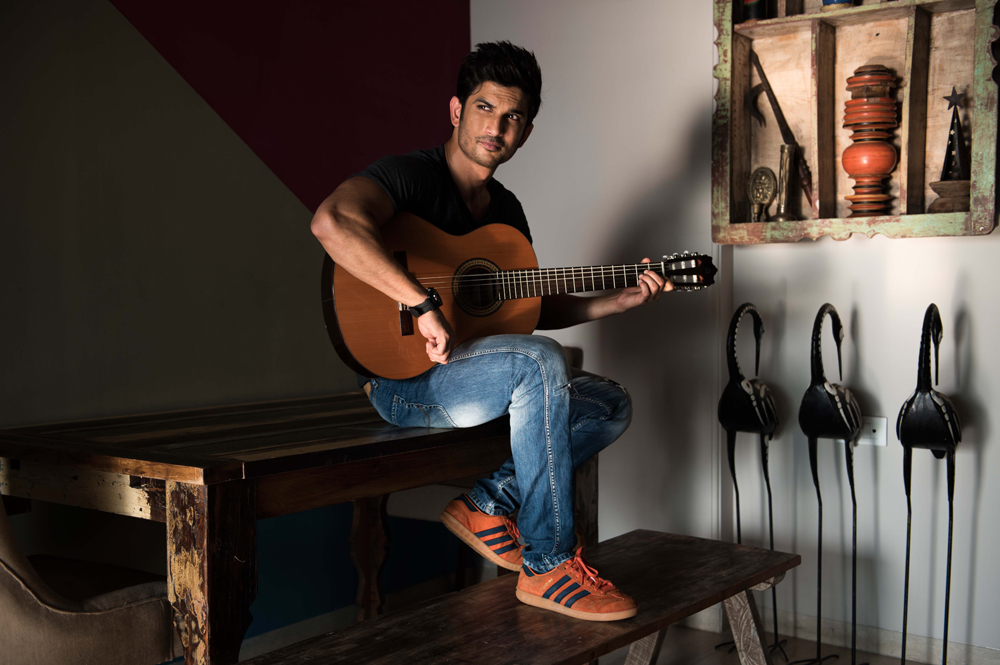 The afternoon of June 14, 2020 was grief stricken for many within the Hindi film industry, as  Bollywood actor, Sushant Singh Rajput, 34, died in his Bandra home on Sunday. It has come as a shock to those who knew him, both on and off screen. Mumbai police declared it as a suicide, though an official autopsy report is still awaited. Some reports online suggest that Sushant was diagnosed as clinically depressed six months ago. Sushant’s death has made mental illness a critical point of discussion, especially within the film industry. “I wish someone had reached out to him or he had reached out to one of us. I wish we could have helped him,” says actor Manoj  Bajpayee who worked with Rajput in Sonchiriya (2019).

It was a little more than a decade ago that Sushant emerged as the sweetheart of Indian soap operas with his show Pavitra Rishta (2009). He was among the handful of actors who successfully made the transition from TV to films. It was a tough one, especially at a time when the digital boom was yet to happen. But he managed to surpass it all, making a crackling debut, within just a couple of years of his success on the small screen. As Ishaan Bhatt, the talented cricket coach with burning ambition to create champions in India, he stole the show in Abhishek Kapoor’s Kai Po Che (2013). His peers in the film Rajkummar Rao and Amit Sadh were lauded for their performances, but it was Sushant who was touted to be on the road to superstardom. His personality was piercing and his ability to emote was more than fluid. His boyish charm coupled with his feisty yet honest demeanour made him an instant favourite with the youth.

“He was ambitious but not aimlessly. From the very start, I remember him talking about a larger purpose through performance. He came across as young and reckless, but there was a lot going on in his mind, especially about making the world better,” says director Nitesh Tiwari who believes Sushant and his energy made the film Chhichhore (2019) what it was.


Sushant who was born in Patna excelled academically not just as a child, but also in college. He dropped out in his fourth year of mechanical engineering to pursue arts and performance. His acting coach Barry John remembers him as the kid who was always itching to get into the skin of his characters. “Sushant couldn’t wait to dissect his roles. While many others would skim through the characters they were assigned, Sushant would delve into the mind of his roles. I would watch him intently, trying hard to beat the superficial layers of acting so he can find truth,” says Barry John who trained Sushant for several months when he moved to Mumbai.

Sushant performed a wide range of roles in his 11-year-long career—from Detective Byomkesh Bakshy! (2015) to MS Dhoni: The Untold Story (2016) to Chhichhore (2019). Dibakar Banerjee who directed him in Byomkesh called him among the most intelligent and astute actors he’d worked with. Even in his little cameo as Sarfaraz in Rajkumar Hirani’s PK, Sushant managed to move his viewers to tears. As his career progressed, he might not have reached the peaks of stardom as he was touted to, but his value as an actor never diminished. If he was part of a film, you knew you could expect a thoughtful and heartfelt performance.

In the last couple of years, Sushant’s philanthropic work and his philosophical approach towards life came to the fore. He would often travel to remote parts of the country and help those in need, be it farmers or school children. During the devastating Kerala floods in 2018, he offered rupees one crore to the state in donations. Kerala Chief Minister Pinarai Vijayan posted a Twitter message in condolence; “We are deeply saddened to hear of the death of Sushant Singh Rajput. His early demise is a great loss to the Indian Film industry. Our heartfelt condolences to his family, friends & supporters. We take a moment to remember his support during the time of Kerala floods.”

Sushant’s only regret in life apparently was that his mother, who he lost at the age of 16, couldn’t see his rise. His last post on June 3 was a tribute to her and it said, “Blurred past evaporating from teardrops. Unending dreams carving an arc of smile. And a fleeting life, negotiating between the two…”

He is survived by four sisters and his father KK Singh.

His next release was supposed to be Dil Bechara (2020), the Hindi remake of Hollywood blockbuster The Fault in Our Stars, and he had signed on to three other films that were to be shot this year as well.