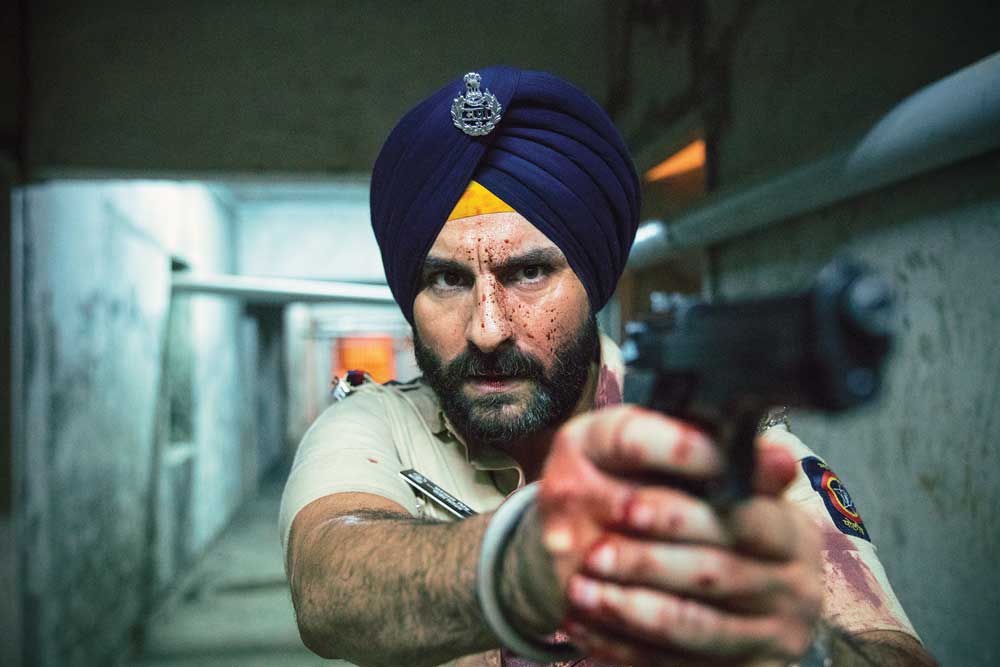 EVEN THOUGH TELEVISION has long entered its golden age elsewhere in the world, leading some to argue that it is the most dominant cultural phenomenon today, an equivalent of what the novels of John Updike and Philip Roth meant to America of the 60s, or the films of Martin Scorsese and Francis Ford Coppola to the 70s, here in India, television has languished in an unreal and gaudy landscape. Televised fare here scrapes the absolute depths of our souls. And it is peopled with evil mothers-in-law, virginal daughters-in- law, badly-behaved minor celebrities, unfunny comedians and shape-shifting snakes—the same tropes and tired formulas played out over and over again.

It is not that there have been no attempts to improve it. In the last few years, two of India’s top channels Colors and Star India unsuccessfully telecast two local adaptations of hit foreign shows, the American series 24 and the Israeli drama Hatufim, on which the popular Homeland show was based.

But the trick, as it turns out, is not in taking a world-class show that worked elsewhere and adapting it to an Indian sensibility. It is in, as Netflix’s Sacred Games has shown, developing an Indian story and giving it world-class treatment. Netflix and Amazon Prime, and other prestigious broadcasters like HBO, have been locked in an arms race to procure high-quality shows for some time. And this has now resulted in Netflix’s arrival here and arguably the best serial on Indian screens in several decades: Netflix’s Sacred Games.

With the show, Netflix has two objectives: to offer its established subscriber base the next big binge-watch, and to expand its reach in a burgeoning new market. A week in, it appears that it is on its way to achieve at least one of them. Netflix hasn’t shared data on how many people have watched the show so far, but it has already become a major conversation point, making minor and major political leaders file complaints or issue tweets about it while finding on the internet a vast audience of people happy to not just watch, but also recommend it to others and launch into discussions over it.

The serial has several things going for it, from the way the story unfolds to the casting, editing and the background score. But the element that arguably lifts the show—like its source material, Vikram Chandra’s book of the same name—is its refusal to over-stretch itself to cater to everyone. Chandra’s novel, nearly 1,000 pages in length, presents Mumbai in all its vivid language—with colourful curses and imaginative metaphors left unitalicised and untranslated. The book has a glossary of names, but none of swear words. A gun is thus a ‘ghoda’, the setting up of a police encounter ‘fielding’, the murder of someone, the taking of a wicket. The show, like the book, does the same. It does not serve the city up sanitised and simplified, and makes no allowances for the easily offended. Mumbai is offered the way it is, teeming with characters and their ambitions, confusingly polyphonous and brilliantly luminescent. Thus you have some of the most colourful imprecations ever on an Indian show. A character, for instance, threatens another by telling him that he would shove an umbrella up an unmentionable end and then unfurl it. A straight-speaking gangster fobs off a bureaucrat who couches his request for an alliance in mythological riddles by telling the officer that he probably learnt his Ramayana from Valmiki (the sage believed to have composed it), whereas he got his from Ramanand Sagar (the TV show producer).

There are some incredibly hilarious exchanges committed to screen. And an international audience unfamiliar with Indian references will probably not get them; they are unlikely to get the historical references that frame the narrative, for example. These events— assassinations, corruption scandals, liberalisation, the Shah Bano case, the Babri Masjid issue, riots—all move at a blistering pace. The audience is expected to know.

The question of whether the primary target audience is domestic or international—the show is officially aimed at both—must have weighed upon its directors, Vikramaditya Motwane and Anurag Kashyap. But the decision makers seem to have opted to respect the local audience’s intelligence by avoiding explanatory dialogues.

The show, however, does not stick too closely to the book. Chandra’s is largely a ruminative account, the narration often halting to set off on several shaggy-dog stories. For the show, though, timelines have been revised, sub-stories clipped, some characters reworked and others expended with, and its focus is more on telling the story in the format of a thriller. The departure comes very early. A dog is flung from a skyscraper both in the book and the show. But from that point on, the serial progresses in its own way. Even the person who has thrown the dog is not the same as in the book.

According to Mukesh Chhabra, the casting director of Sacred Games, who has worked on several projects with Kashyap and Motwane, a serial of such a nature is extremely challenging. Since he was roped in right at the beginning, while the script was still in development, Chhabra says he was supplied with precise briefs of each character and he even had to read the book to get a sense of the source material. “The process was of course the same as film, but a lot more demanding given the scale of the project and the complexity of characters,” he says. A team was created that formed a bank of fresh and established faces, followed by multiple sessions with the directors and studios where each choice was thrashed out. In all, Chhabra says, around 200 characters were auditioned.

T HERE ARE BROADLY two timelines in the show, that of the rise of the gangster Ganesh Gaitonde (played by Nawazuddin Siddiqui) in the 1970s, and the contemporary story of the police officer Sartaj Singh (Saif Ali Khan) who is following a trail of evidence to solve a mystery. It is both a mob drama and a police procedural. When the show was being created, Motwane, who serves as the show- runner, was initially considering the idea of bringing in several directors, although he abandoned that thought to share directorial duties with Kashyap. The latter has directed the mob drama, while the former has taken on the contemporary timeline. The two approaches are discernibly distinct. Kashyap does the mob drama with his usual flair, but unlike several of his gangster films where he sometimes gets carried away in the telling of the story (instead of focusing on the story itself), here his flair is tethered securely to the incredibly taut thriller featuring the police detective. Under Motwane, Sacred Games becomes not just ambitious in its ideas, but also a gripping edge-of-the-seat story.

The show uses the setting of Mumbai, the most extreme and cinematic of Indian cities, borrowing its gangland fights (which split later along communal lines), its riots, glamorous filmstars and sinister governments to tell the story of India’s troubled modernity. And Mumbai doesn’t just serve as a setting. Through Kashyap’s and Motwane’s lens, it becomes a living, breathing and thrashing character of its own. A tight frame focusing on the complexity of a character’s face or a minor moment in an alley often zooms out and pans magisterially across to reveal a large and brooding cityscape of bright towers and dark shanties.

There is an existential thread running through the show. Gaitonde often asks if the other believes in God. He wonders sometimes if he himself is divine. Sartaj Singh, a nervous wreck with a broken marriage behind him and an addiction to sleeping pills, wants to be honest. But like life, his principles too are gradually failing him.

Sacred Games has unfairly been compared to Narcos, the American crime drama epic about the drug wars of Colombia. It is not a Narcos. It is its own. And like all great stories, Sacred Games is asking us questions through its characters: who are we, why are we here, and what should we do?